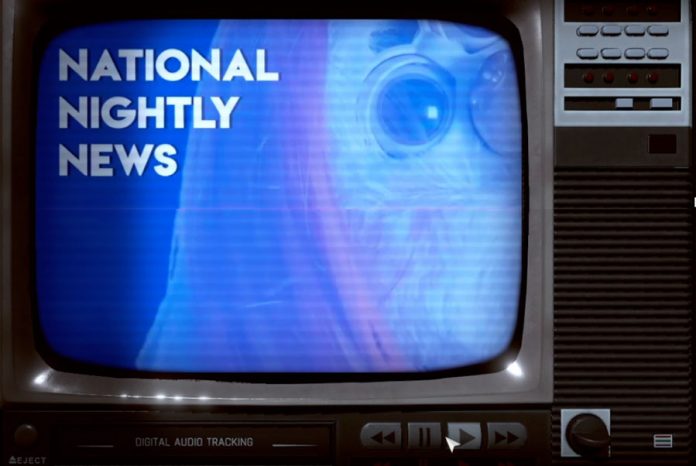 Not For Broadcast’s latest chapter is here and, filmed entirely under lockdown, it’s the best the game’s ever been.

Not For Broadcast: Lockdown is only the second content drop for this FMV news parody (currently in early access), so there’s not a lot of competition for that accolade. But what makes this new episode stand out, apart from the circumstances it was filmed under, is that it all but dispenses with the game’s political leanings.

Socialism, the target of Not For Broadcast’s initial episode, seemed like too much of a soft target. This lockdown chapter, on the other hand, is so gloriously absurd that anything and everything is game.

The disturbing premise that excuses the actors being holed up at home, is there are hordes of malfunctioning Mrs Snugglehugs toys on the loose. You’d think that, seeing how it resembled a Furby gnawing its way out of a Care Bear’s face, the toy’s manufacturer would have gone back to the drawing board. Instead, they’re rampaging across the land, on a murder spree that would put Child’s Play‘s Chucky to shame.

You’re not in danger of being dismembered, though you’ll have to zap those pesky toys off your studio aerial every now and then. Instead, your job is to keep things running smoothly in the news studio; switching cameras, flipping switches and so forth. It’s not the most taxing job in the world, but it’s too easy to start laughing at the news feed and just forget what you were supposed to be doing.

Take Jeremy Donaldson, one of the show’s anchors. Acerbic at the best of times, he’s abandoned all pretence of politeness. Now, you’ll find him sniping at all the show’s guests and grimacing his way through the broadcast. Watching the guests and his co-anchor struggle to work around his simmering hatred is worth the entry price alone.

Then there’s the various interviews and skits (including a musical number), most of which lampoon the lockdown. The gags come thick and fast, and with lines like “You’re just as likely to be hunted down by a yo-yo,” most of of them are right on the money. What’s especially impressive is the way Not For Broadcast plays with the remote-working format. I won’t spoil things too much, but there are a few sight gags that will have you gawping in amused disbelief. 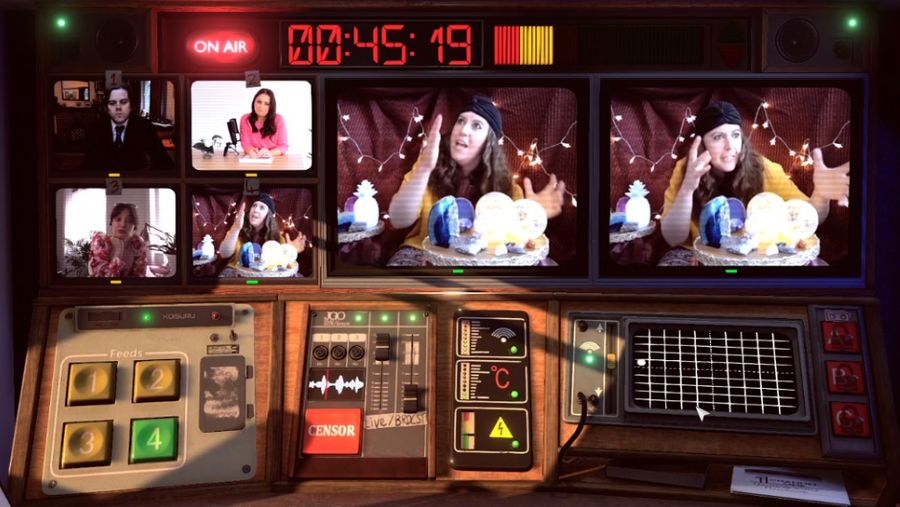 Another neat touch is the way that you finally see the consequences of your actions from the previous episode. Depending on one choice, the owner of the company responsible for unleashing the Snugglehugs dolls will either be a disinterested party girl or a ruthless businesswoman, happy to hawk landmines as a solution to the current problem. It’s an absurdly polar choice but subtlety is not Not For Broadcast’s strong point.

While pressing on with Not For Broadcast in a way that kept the cast safe was something of a gamble, NotGames’ efforts have paid off. This latest chapter succeeds, both as a guffaw-inducing piece of entertainment and a testament to developer creativity.

Not For Broadcast: Lockdown is available on PC via Steam. If you want to find out what went into developing this chapter of the game, you can read our interview with NotGames. 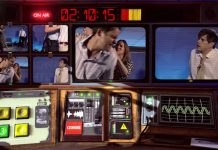