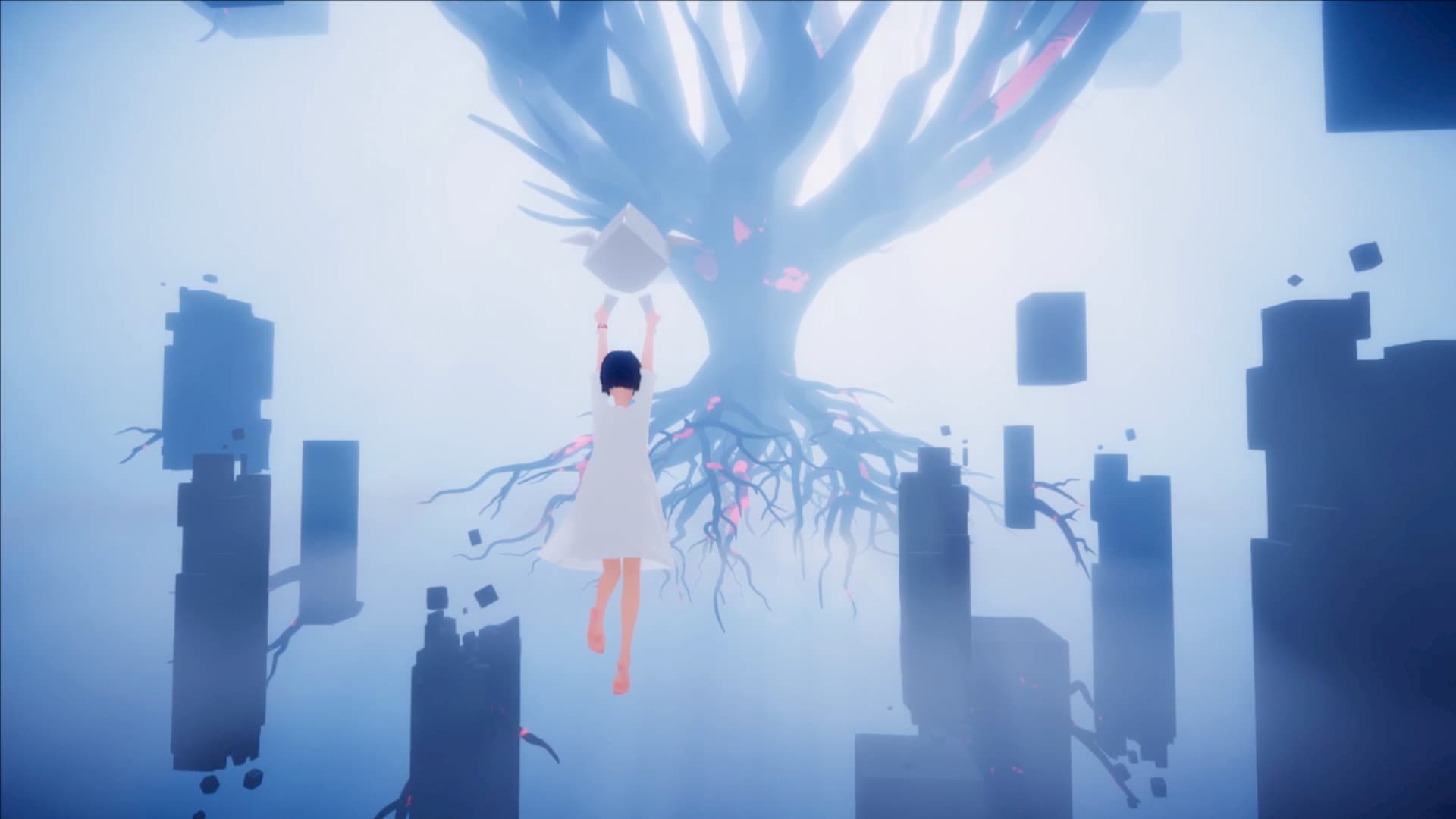 Ever Forward is the latest title from Pathea Games, the team behind My Life at Portia, and it looks absolutely gorgeous.

But far from being a follow-up project, this action puzzler has been brewing for four years and has undergone a few changes in that time. We spoke to Bin Yang, Ever Forward’s producer to find out more.

Ever Forward‘s most striking feature is its strange environment which has you roaming around vast floating stone platforms, small grassy oases and other oddly disquieting locations. The second stand-out is that, instead of playing as some trans-dimensional explorer or unwilling adult test subject, Ever Forward casts you as Maya, a young girl who looks like she shouldn’t be out past her bedtime.

“We wanted to create a protagonist that was believable and relatable; not one with super-powers or anything like that,” producer Bin Yang says. “We hope that players will enjoy helping Maya to show off her wits and overcome her fragility as they learn her story and progress through the game.”

While she speaks during cutscenes, Maya is mute during the game itself, a halfway house between a silent protagonist and one who’s constantly voicing their thoughts, despite being utterly alone. “She’s got no one to talk to!” adds Yang. “If she did, I’m sure she might have something to say.”

But while Maya is still an adorable moppet, so much so that you’ll be wracked with guilt for inadvertently leading her to her doom, her appearance has changed, as has the game’s art style. 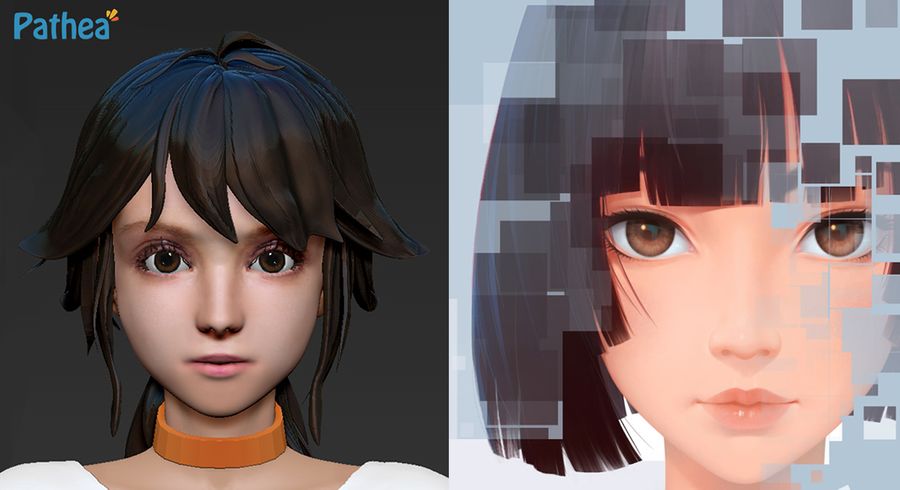 This is largely because Pathea started creating Ever Forward, then known as Protoform, at the same time they began work on life-building sim My Time at Portia.

“In the beginning, while developing Protoform, our focus was just on gameplay; art was on the backburner,” Yang says. “As time went on, we slowly realised the aesthetic we wanted to bring to the game; I wouldn’t say so much that the art style ‘changed’ over time, per se: it was just constantly becoming what it eventually needed to be. Kind of like Maya herself.”

Protoform had a sketch of a story, Yang reveals, but the concept and gameplay came second.

“Protoform had a story, but it was changed significantly as we built the open world of Ever Forward. There are some remnants and shadows of older themes and plotlines, but the Ever Forward story mostly came into being after most of these other things had been settled.” 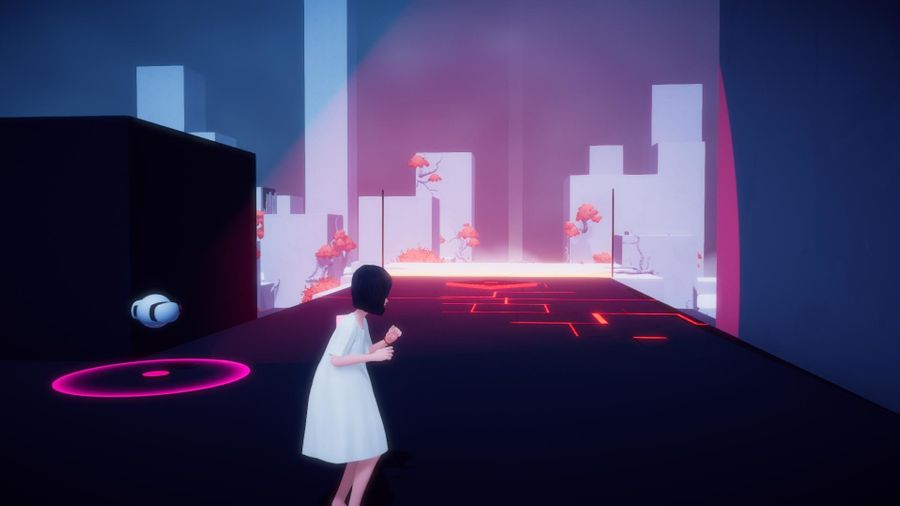 The project wasn’t without its challenges, particularly when Protoform started to morph into its current form.

“The biggest challenge was definitely having to scrap so much of the effort we’d put into the previous project, and overcoming the feelings that came with that; when we’d decided on the new story and art direction during the shift from Protoform to Ever Forward, a lot of things needed to be redone from scratch,” Yang explains.

While there’s more to Ever Forward than just the story, Maya’s tale is loaded with intrigue. It’s tempting to take it at face value but, playing the game’s free prologue, there are hints that everything isn’t as it seems. I found myself trying to predict what, if any, Ever Forward’s grand revelation will be. Yang is (wisely) tight-lipped as to what twists await players.

A surprise Yang is willing to talk about is that Pathea will be handling the game’s console ports. My Time at Portia began life on PC and was later ported to consoles by Team 17. However, Pathea will be publishing Ever Forward itself, console versions included.

“It’s very time saving to outsource it, but we’re quite picky about how we want it to be! Also, we know what a challenge it is to code a console port; we feel like as a team, we can benefit from that challenge,” he notes. 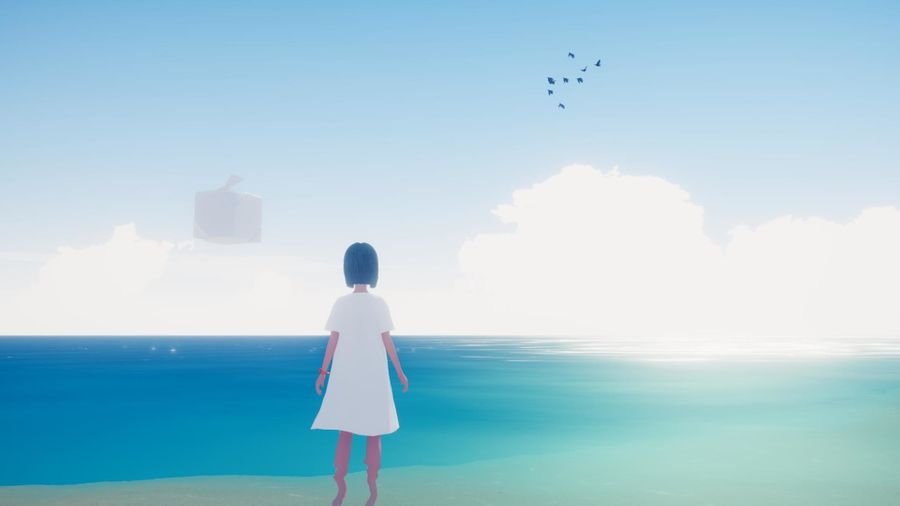 Ever Forward will hit the PS4, Xbox One and Switch a few months after the game’s July PC release date, but it’s still a shorter wait than the year and a half it took for My Life at Portia to make it to consoles. But what does Yang hope players will get out of Ever Forward?

“I hope players will be bewildered and bemused by the ingenuity of our puzzle design, and I hope that Maya’s story of finding herself is able to touch people in a meaningful way.”

We’ve certainly been impressed by the game so far; Ever Forward seems like it’s worth looking, er, forward, to. And if you want to experience Maya’s questionable reality, you can visit the Steam store and download the PC prologue right now.

If that leaves you wanting more, Ever Forward is set to hit the PC next month and will land on consoles later this year. Thanks to Pathea’s Bin Yang for speaking to us.