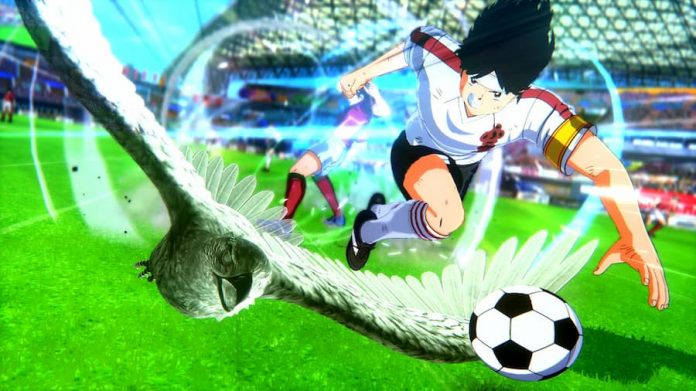 Who says football games have to be boring and realistic?

Not Bandai Namco, that’s for sure. Coming out in August is Captain Tsubasa: Rise of New Champions, a game that blends football with over-the-top anime action. The result, even for someone who’s not a huge fan of the beautiful game, looks a heck of a lot of fun.

The game is based on a manga series which first featured in Shonen Jump between 1981 and 1988. Since then, Captain Tsubasa has had numerous TV series and movies, with the most recent running until April 2019.

It’s not the first time the legendary football hero has appeared in videogames either; the first was back in 1988 on the NES – but in the West it was released as Tecmo Cup Soccer. Since then, there’s been no less than 16 games on various formats. The most recent is Captain Tsubasa ZERO: Miracle Shot, which released on Android and iOS in 2018.

Captain Tsubasa might not be new to the world of videogames, then, but Rise of New Champions certainly looks to raise the bar.

We know it’ll feature two story modes. First, there’s Episode: Tsubasa, which tells the story of the titular Captain as his team tries to win the National Middle School Tournament. There’s also Episode: New Hero, which allows players to create their own avatar and rise through the ranks. There’s also online and local multiplayer, with more details set to be announced soon.

Give the brand new story trailer a watch below. We’ll have more on Captain Tsubasa: Rise of New Champions closer to launch. It’s coming to PS4, Nintendo Switch and PC on 28th August.