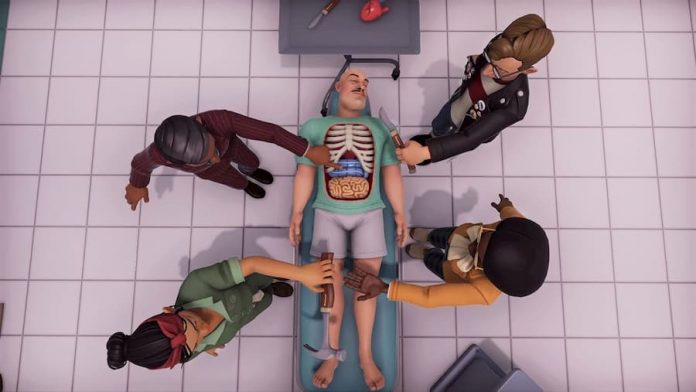 Are you ready to hack off some limbs and transplant a few heads? Sure you are: Surgeon Simulator 2 is coming later this year.

During this weekend’s PC Gaming Show, Bossa Studios unveiled Surgeon Simulator 2; the sequel to the zany surgeon sim game that first released way back in 2013.

It seems like this sequel has undergone a fair bit of surgery itself, too. It looks much grander in scope than its predecessor with new modes and a fairly impressive facelift. Unruly physics remains the heart of the operation, but its bolstered by a new setting, new multiplayer options, new gameplay and a level designer.

This time, Surgeon Simulator 2 takes place in Bossa Labs medical facility; a training ground for would-be surgeons like yourself. It allows for much more chaos and carnage, and new puzzle-based levels add a new layer of challenge to the mix.

There’s also a four-player multiplayer mode, allowing four surgeons to get their hands bloody as they take it in turns fishing around in someone’s chest cavity. And when you’re done with the levels made by Bossa, you can turn your attention to the Creation Mode, where you can create your own chaotic, bloody experiences.

Surgeon Simulator 2 is set to release this August on Epic Games Store. Two editions will be available: a Standard Edition, priced at £20/$25; and a Deluxe Edition, containing the season pass, soundtrack and bonus cosmetic items, for £32/$40. Pre-order either edition to unlock access to the game’s closed beta later this year.