Gamers have been getting spoiled the last few years with all these remakes.

We all have games that we loved as kids that we still talk about today. Some games just have a way of sticking in your brain – and when you find out that they’re getting a remake it’s a real dream come true. Just this week I’ve had the pleasure of playing version of Spongebob Squarepants: Battle for Bikini Bottom – Rehydrated. And, of course, the last couple of years have gifted us remakes of Spyro the Dragon and Crash Bandicoot. And now, possibly one of the funniest games of all time, Destroy All Humans! is getting the same treatment.

As part of Steam’s Summer Festival, a short demo for Destroy All Humans! was made available. Obviously, I jumped in – and I couldn’t have been more pleased with those twenty minutes. Now, I can’t wait to play more. 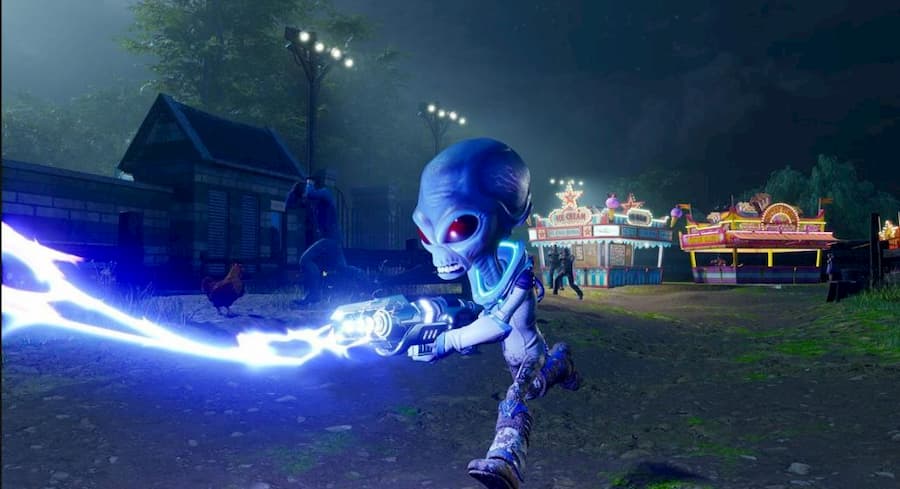 In Destroy All Humans! you play as an alien named Crypto. He’s landed on Earth to save his fellow alien while also attempting to take over the planet and harvest human brain stems. You know, typical alien stuff. However, a government agency known as The Majestic is informed of Crypto’s presence. Once you’ve ruthlessly murdered a few dozen cows, several farmers and destroyed all their farm buildings with your flying saucer, you’ll be forced to battle the agents as they try to cover up all of the “accidents” that you cause.

In the demo you’re only given a brief glimpse into Destoy All Humans!‘s mayhem and hilarity. You’ll be introduced to Crypto’s ability to read creatures’ minds, and you’ll learn how to use his PsychoKinesis which can move things around. You won’t just find out about Crypto’s personal skills; he also has an arsenal of weapons at his disposal. The one you’ll try out in the demo is the Zap-o-Matic, a gun that can electrocute creatures at long range. 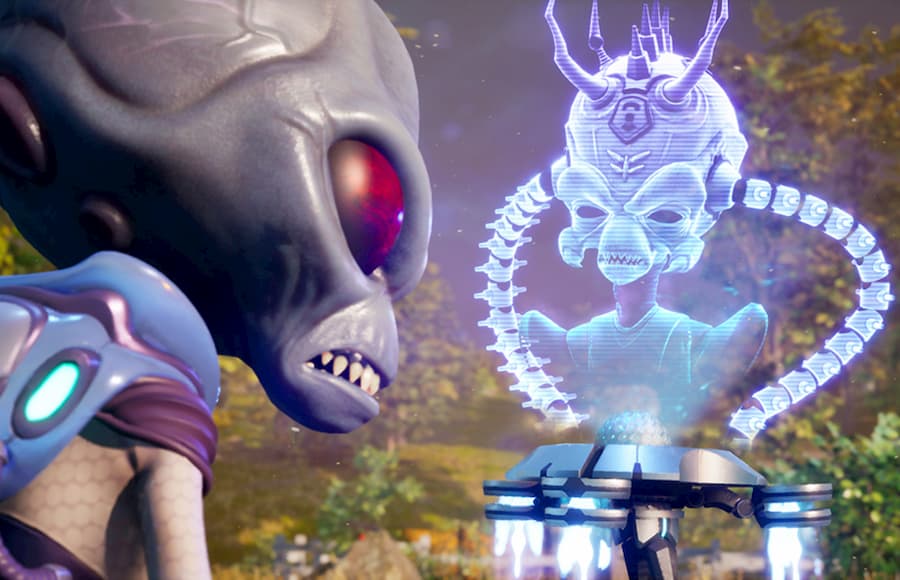 While the twenty-minute demo only skims the surface of what players can expect from the main game, it does give those who are new to the title a real glimpse at the hilarious gameplay that’s to come. Not only that, but Crypto, Pox and all of the characters you meet in the demo look amazing as well as the settings, vehicles and effects.

If the rest of the game looks and feels as good as the demo, then we’re in for a treat. I can’t wait to see more when Destroy All Humans! releases on PC, PS4, Xbox One and Stadia on July 28th. Until then, you can watch our playthrough of the demo in the video at the top of this article.

Pre-order Destroy All Humans! on Amazon