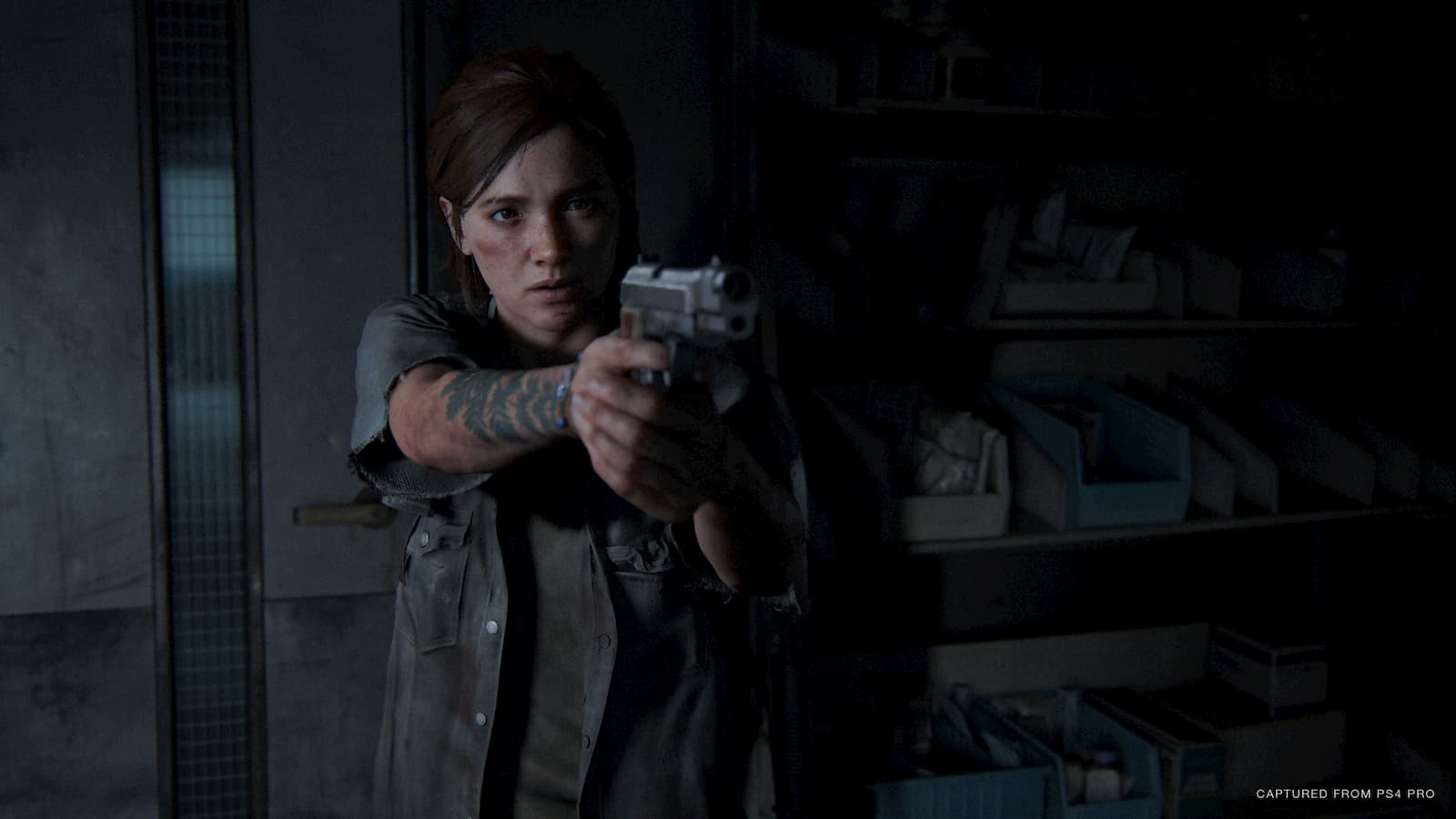 Acting on a lead, Ellie leaves the theatre she’s been using as a makeshift base, and takes to the streets of Seattle.

Finding a woman named Nora is her goal in this small slice of The Last of Us Part II, currently stationed at a hospital that she can see far in the distance. Ellie just hopes that she will still be there by the time she arrives. After all, getting from A to B is never is easy in a world brought to its knees by Cordyceps.

While the journey from the theatre to the hospital is fairly linear, there’s an enjoyable level of openness along the way. The streets, now overgrown with grass and other flora, are surrounded by stores and other properties, many of which present the perfect opportunity for a bit of looting. But quite often there’s a catch. To gain access to items of real value, you generally either have to solve a puzzle, or make your way past an assortment of the infected.

“If you loved The Last of Us, you’re in for a treat”

In the section leading up to you finding Nora, there are numerous puzzles you might encounter. To gain access to “some good stuff” as Ellie calls it, in one building you’re required to smash panes of glass so the metalwork supporting them can be used to create a makeshift swing along with a piece of rope. To progress the story, another section requires you to figure out how to free a dumpster from a building so it can be used to climb over a wall. And then there are safes; their contents yours for the taking providing you can find the code nearby.

You might sometimes be tempted to leave loot behind, however. On your journey to the hospital, a restaurant/bar tempts you with goodies laid out on tables in plain sight. You try the doors but they’re locked, and you notice there are Infected inside – both Clickers and Runners. What do you do? The only way in is to smash a window, but that would no doubt grab the attention of the infected, and that’s never a good thing. You need to weigh up whether the possible loot is worth the cost. 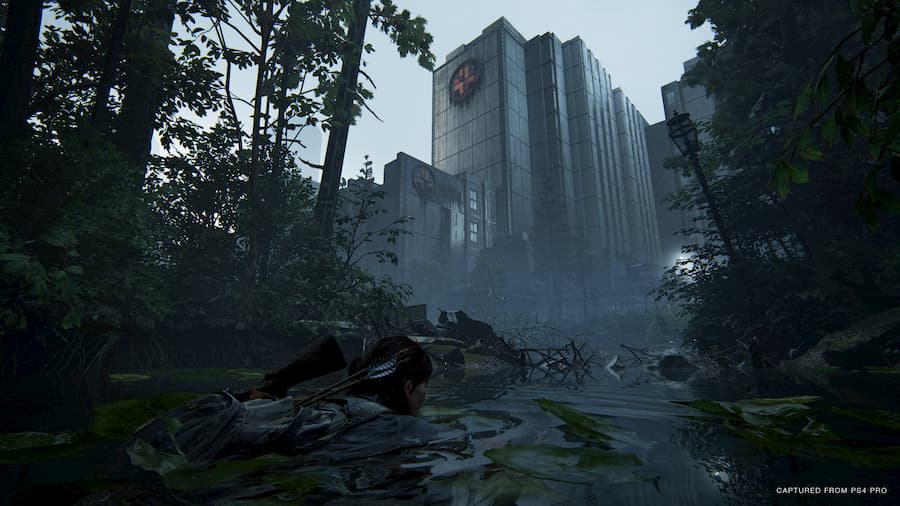 “You never feel safe; danger lurks around every corner, and it makes for a much more tense, unpredictable experience”

As you make a beeline for the hospital, you’ll soon find that the infected are the least of your worries in The Last of Us Part II. One of the biggest surprises comes as you explore a seemingly abandoned building. I didn’t think too much about the lush green plants growing in a windowsill as I made a beeline for the workbench that I spotted, but then, midway though performing an upgrade on my trusty rifle, I was ambushed by a group known as the WLF. Ruthless and organised, I quickly had to stop what I was doing and engage them in battle.

Once you’re back into the swing of things, taking care of the infected is a doddle compared to dealing with human foes. They coordinate with each other, rush you when you’re out of ammo, and take cover effectively. Where possible, it’s best to sneak by them, using buildings, bushes and debris for cover. You can even go prone and crawl through overgrown grass. Sometimes you’re forced into combat though, and will need to use a combination of firearms, tools, stealth and makeshift melee weapons to overcome what often feels like a small army. 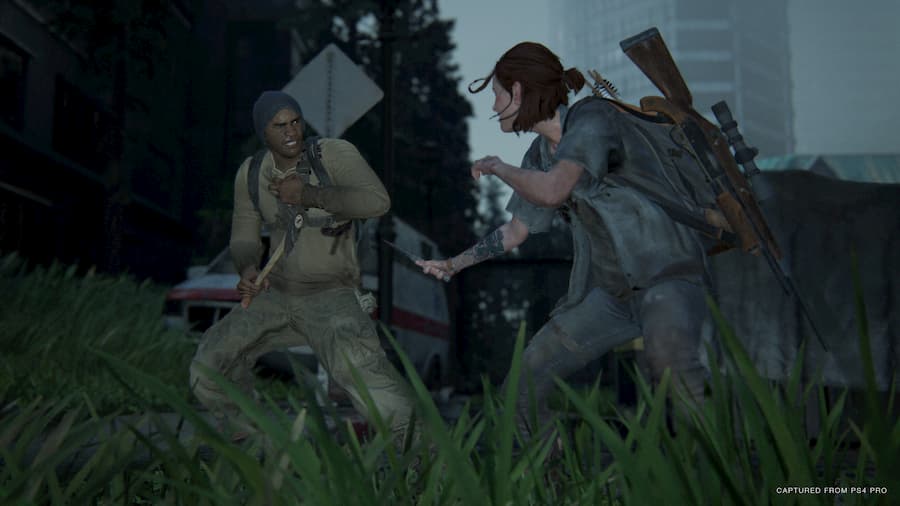 And did I mention how brutal combat is? Blood spurts as Ellie jabs throats with her blade; enemies gurgle as bullets pierce their throats; and sometimes limbs get blown off. Naughty Dog has pushed the bar when it comes to motion capture and animation; you see every emotion rushing though an adversary as you surprise them, take them as a human shield, and then snuff out their life without a second thought. And if they were someone’s loved one you can expect to hear their name ringing through the air as you make your next move. These are do-or-die situations, but the detail makes you think about actions.

The Last of Us Part II has the same mixture of gameplay elements that made the first game so successful – a compelling story, stealth, intense combat, and brief moments of respite – but now they’re much more seamless. You never feel safe; danger lurks around every corner, and it makes for a much more tense, unpredictable experience. I thought an encounter with Stalkers was heart-pounding enough, effectively being hunted as I edged my way closer to the hospital, and Nora, via an office block. But nothing could have prepared me for an encounter that takes place soon after. 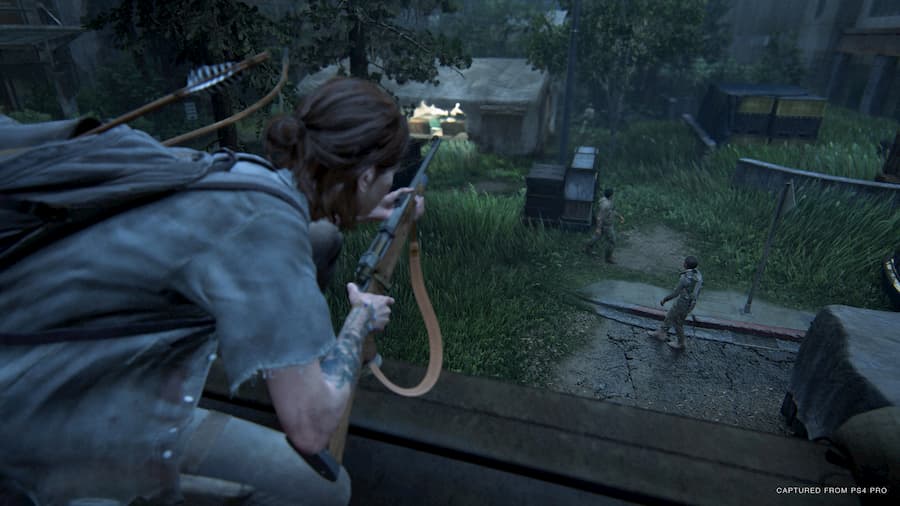 “…a bigger, better and bolder sequel in which everything feels more dynamic and natural”

It should have been a picturesque stroll, making my way through an overgrown park. But then, out of nowhere, a thunderous crack rings out as an arrow pierced through Ellie’s shoulder. What followed was curious whistles, and then my first encounter with yet another new faction: Scars. If you thought the WLF were bad, think again: Scars are undoubtedly worse. They’re stealthy, organised, and have brutes that love to engage you in close-quarters combat. Put it this way: you better master the new dodge technique, or reaching the hospital that’s oh-so close now will become a pipe dream.

Your journey from the theatre to the hospital is just one small part of The Last of Us Part II, and so how much it crams in should be telling. It hints at a bigger, better and bolder sequel in which everything feels more dynamic and natural. Though while the gameplay of this particular segment is exemplary, what really drives you forward is the story; the reason why you’re doing what you’re doing. Unfortunately I can’t mention any of that here, though to be honest I wouldn’t want to. I don’t want to spoil it for you. But if you loved The Last of Us, you’re in for a treat. Even if you think you might have been spoiled.

The Last of Us Part II launches exclusively on PS4 on 19th June. Pre-order a physical copy now now via Amazon, and come back for our full review on 12th June. 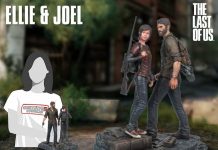