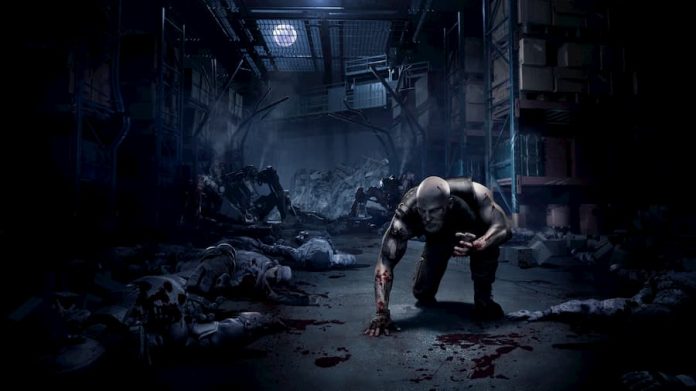 We used to be werewolves but we’re alright noowwwwwwwww!

Sorry. But we’re not sorry to see the new cinematic trailer for Werewolf: The Apocalypse – Earthblood, which dropped a few days ago.

Werewolf: The Apocalypse – Earthblood is a third-person action role-playing game, set in the same World of Darkness as the upcoming Vampire: The Masquerade Bloodlines 2. It casts you as a werewolf named Cahal who has been banished from his tribe. He uses his shape-shifting, claw-slashing powers to take down a greedy, Earth-wrecking corporation.

That corporation is Pentex, an organisation which has already appeared in the paper-based RPG the game is based on. The below trailer, which is so moody and monochrome we expected Gary Jules’ “Mad World” to kick in, shows Cahal dwelling on the damage Pentex has inflicted. Focusing his rage, he joins a pack of other wolves to raise some eco-friendly hell.

The trailer is purely cinematic, containing no actual gameplay footage, though we know that stealth and slaughter will figure into the final release. Cahal looks like he’s got nothing to lose; he isn’t going to stop until he’s taken a bite out of Pentex.

Werewolf: The Apocalypse – Earthblood is set to hit PlayStation 4, PC and Xbox One this year. We’ll have more on the game closer to its release. Until then, visit the official website for more information.

And we were lying, we’re not sorry about that joke.