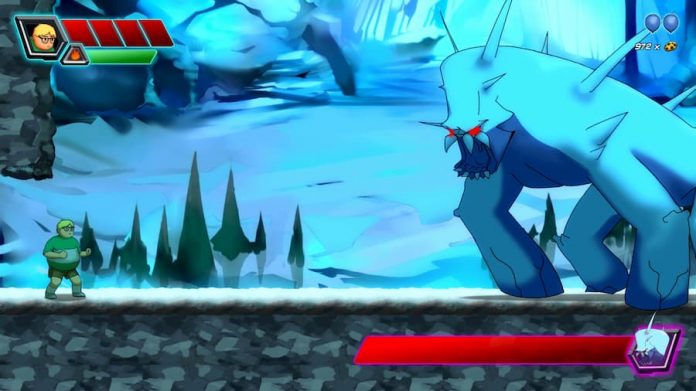 Chris? Who the heck is that?

Jump back into the 90s with me. You’re wearing head to toe denim: jean jacket, jean pants, even a denim hat with some rhinestones embroidered on the front that spells out something like, “As if!” or “Boo-ya!”. You’ve just put a CD into your portable CD player, it’s No Doubt. Classic. For dinner you’ll sit down with a bowl of spaghettios and you’ll watch Rugrats or Pokémon. Talk about a successful Saturday.

Now let’s come back to 2020, and jump into Adventures of Chris, an upcoming game from Guin Entertainment. You play as a chubby underdog named – to no one’s surprise – Chris. He’s growing up in the 90s and, with his amazing superpowers, has to save kids from all over the world. In 1995, Chris is kidnapped and transformed into a balloon, but thankfully escapes and thus starts his grand adventure.

Adventures of Chris is inspired by the colourful and quirky decade of the 90s. Anyone who grew up during that time will be sure to feel some nostalgia.

Along with a Switch version, Adventures of Chris will release on PC (Steam, Mac and Linux) this summer. PC players can wishlist the game on Steam here.