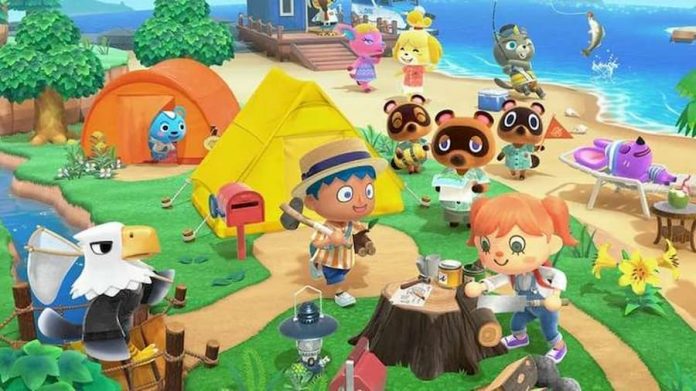 Now fight to the death!

Everyone who plays Animal Crossing has their favourite villager. We spend hours upon hours of our lives with these characters, and over time it becomes clear who we like best. Sometimes more than our actual friends and family.

But which villagers in Animal Crossing: New Horizons are the actual, absolute best? I didn’t want to just pick my own favourites; oh no. This needed to be based on proper scientific evidence and research. Oh yes, I’m taking this very seriously. In order to gather my super-official data, I’ve polled my friends, co-workers, family members and friends of friends.

But the results weren’t clear-cut. After compiling the data, it became clear that the list of favourite villagers was a lot longer than I thought it would be. And so I’ve chosen the best villager from each personality type based on the amount of votes they’ve received. There was, surprisingly, only one villager that had a whopping four votes, becoming the Ultimate Animal Crossing Villager; the epitome of the game and the perfect animal to speak to every day. But you’ll have to scroll all the way down to the bottom to find out who that is.

Without further ado then, my dear island-dwellers, I present to you a list of the best Animal Crossing: New Horizon villagers. These are the fuzzy friends you all crave to live on your shores; the animal pals you want to exchange gifts with every day; the creatures you want to be besties with… well, you get the point. 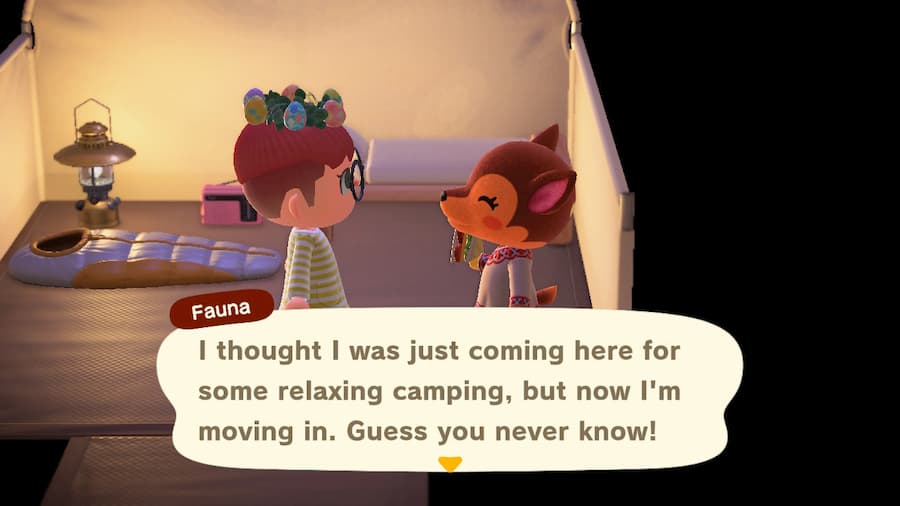 Fauna is a deer villager who calls everyone “Dearie” and enjoys a sandwich a day. She can be found sauntering about the villager speaking with her fellow animals stirring up trouble as best she can while still maintaining her sunny disposition.

And just look at her. She’s adorable. A-deer-able.

Even though Kabuki is meant to be a cranky villager, he has won the hearts of (at least) two people that love him enough to want him on this list. Okay, I’m one of them. I think he’s adorable and sweet and the joy on his face when I gave him a Kabuki Umbrella was enough to make 2020 worth living.

Kabuki is named after the traditional style of Japanese theatre, and his adorable catchphrase “Meooo-oh” is even a play on sounds that the real life kabuki actors make during their performances.

Roald is an Animal Crossing character who has recently grown in popularity due to some memes. Possibly one of the only likeable jocks, Roald is super into sports and exercise while always having the look of someone who has just watched a video of a child being born for the first time.

Lucky is a very ironic Animal Crossing character. His name is Lucky, but he appears to be in a full-body cast. Clearly he’s been in some sort of terrible accident – but then, I suppose that does make him lucky to be alive.

There’s even a rumour going around that Lucky is the undead version of Walker, another Animal Crossing villager. I’m just saying, I’ve never seen them in a room together.

I was surprised that Raymond didn’t receive more votes in my poll, considering he’s taken the world by storm . New to Animal Crossing: New Horizons, Raymond is a Smug cat with different coloured eyes who dresses like a hipster. While he may be new to Animal Crossing, he played the game before it was popular.

Tangy is one half citrus, one half cat and she’s just gosh-darn adorable. Tangy is a bit over-reactive, like most peppy villagers, but she’s easy to become friends. She also loves anything citrus themed – go figure. Her star sign is Gemini which means that her and I, a fellow Gemini, are meant to be best friends forever.

Ankha, as you can see, is a queen. Her character is inspired by agent Egypt. Ankha’s name is rumoured to come from pharaoh Tutankhamun and her hair and head piece was inspired by him as well. While Ankha is Snooty, she cares deeply for you once you become friends with her. She’s also more than willing to share her opinion on your outfit choices.

She apparently also enjoys watching people use the toilet.

Fuchsia is Sisterly (or Uchi) villager, meaning that she has the player’s best interest at heart. Aww. When you get close with her, she gives you fighting advice as well as ways for you to relax seeing as you clearly have a busy schedule. Fuchsia gets along with just about anyone, but may spread rumours about Snooty or Cranky villagers… just to get under their skin a little. 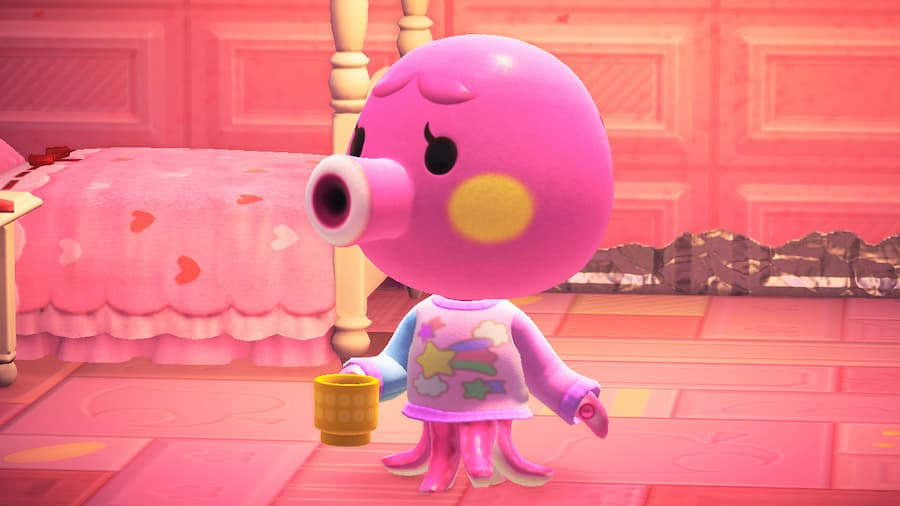 How could Marina not be the best Animal Crossing villager of all time? Look at her. We would die for her.

Marina is a lovely pink Octopus with bright yellow cheeks. She enjoys a light rain shower, and putting each of her tentacles into warm socks right out of the dryer. Her hobbies include: sitting behind trees where others can’t find her and collecting pink items for her house.

All hail Marina, the ultimate best Animal Crossing villager that ever was. 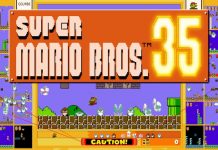