1If at first you succeed, try try again

It’s a term commonly used in the music industry to describe that tricky second album, and it’s just as common in the gaming industry too. Building on greatness can be tough, and sometimes sequels just don’t live up to the hype.

But when a sequel manages to live up to anticipation, then it deserves true praise. Sorry Einstein; it turns out that doing the same thing again and getting even better results is the true mark of genius.

A great sequel can turn a classic game into a franchise, a brilliant story into an epic journey, or even dig deeper into the characters that made it so special. Read on to see our pick of the 10 best videogame sequels so far.

Want to support GameSpew? If you buy any of the games on this list, please consider using our Amazon affiliate links. It won’t cost you anything extra, but we’ll get a small slice of the purchase. Thank you. 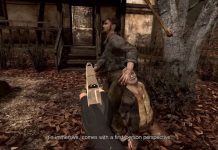 Red Dead Redemption 2 Will Be Used to Teach American History