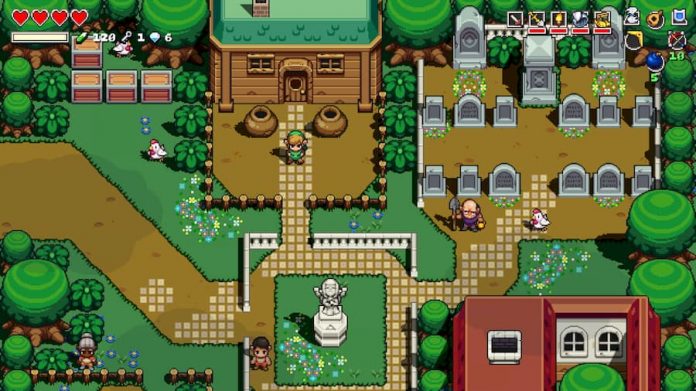 Oh, how foolish I was to brush over Cadence of Hyrule. So foolish indeed.

A follow up to Crypt of the Necrodancer, I expected Cadence of Hyrule to essentially be the same game, just with the odd familiar face from The Legend of Zelda popping up. How wrong I was. While, yes, Cadence of Hyrule is very much Crypt of the Necrodancer in terms of its mechanics, it’s also a Zelda game through-and-through. This is essentially Link’s Awakening, just with way more rhythm.

With the release of the season pass, I decided it was time for me to finally jump in and see what the fuss is all about. I regret leaving it so long. If you’re new to the game’s systems, it can take a while to get used to. When enemies are on the screen, Link – or whichever character you’re in control of – can only move to the beat of the music. The same goes for enemies, each of whom have a unique attack pattern. Attempt to move outside of the beat, and Link won’t go anywhere.

When all the enemies are destroyed, the crescendo of music softens, and Link’s free to move around the screen at whatever pace you want. Attacking to the beat is a cathartic and zen-like exercise; swishes of swords and the ‘pop’ of enemy projectiles add to the music, as do Link’s cries of pain should he get hit. You’ll dance back and forth, dodging incoming attacks, taking care to make your attack at just the right moment.

The Legend of Zelda series’ soundtrack has always been fantastic, but in Cadence of Hyrule, it takes on a life of its own. Classic tracks have been remixed to add extra beats and rhythm, and brand new tracks fit into the world perfectly. It looks fantastic too. Sorry, original Crypt of the Necrodancer; Cadence of Hyrule leaves you for dust. 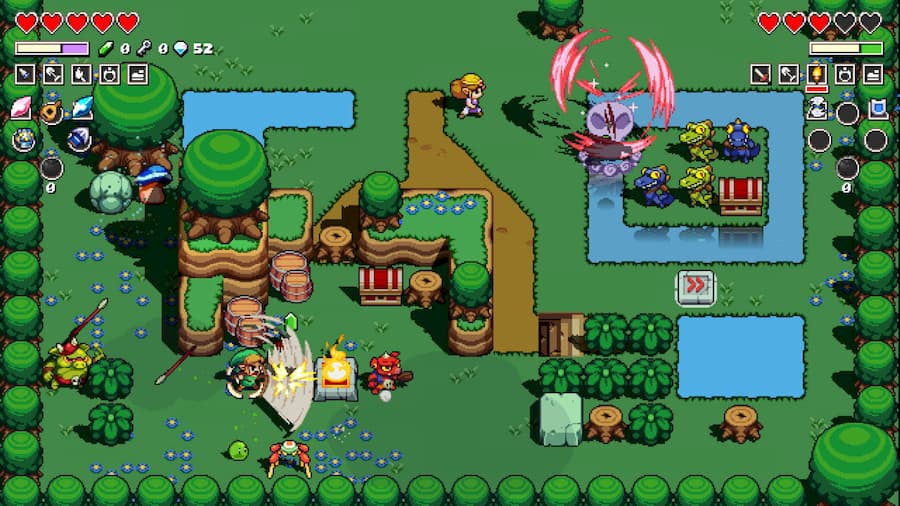 While you can finish the game in less than six hours, Cadence of Hyrule‘s newly-released season pass adds a lot of extra content into the mix. Priced at £13.49, the season pass bundles together three DLC packs. The first, which is out now, is the Character Pack. Along with adding five new characters – Impa, Aria, Shadow Link, Shadow Zelda and Frederick – it also adds two new game modes. Taken from the original Crypt of the Necrodancer, All Character Mode and Mystery Mode extend the amount of replayability the game offers immensely.

Playing Story Mode – the default way to play Cadence of Hyrule – doesn’t let you choose the character you play as, but starting a new game in Single-Character Mode allows you to choose any of the new characters. Each one has their own quirks, such as unique weapons and items. Shadow Zelda, for instance, can turn herself into a reflective diamond rather than using a simple shield, and Impa attacks with a long weapon by default.

The new All Character Mode remixes the existing Dungeon Mode. Dungeon Mode is designed to replicate the classic Necrodancer experience, replacing the overworld with one large dungeon. Normally, you’ll play through this with just one character, but All Character Mode is the ultimate challenge; it tasks you with completing the dungeon numerous times, once with each character. It isn’t for newcomers to the game, that’s for sure. 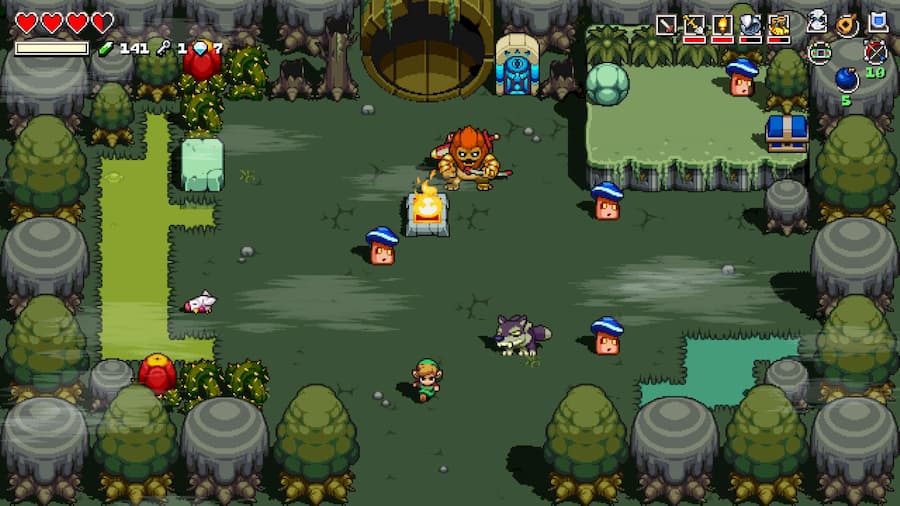 Finally, Mystery Mode can be combined with any other game mode of Cadence of Hyrule. All enemies and dropped items are replaced with a question mark; essentially, you have to fight everything and pick up everything without ever knowing what it is. It takes away from the aesthetic of the game, but it’s an option for those looking for an extra challenge.

Considering the Character Pack makes up only one third of Cadence of Hyrule‘s season pass, there’s a lot to get excited about here. The second DLC pack, Melody Pack, lands in August and adds 39 new songs to the game. The Third DLC pack, Symphony of the Mask, adds in a brand new map, with new songs and a new story. You’ll play as Skull Kid, who can change abilities based on the masks he wears.

If you’re yet to play Cadence of Hyrule, do yourself a favour and jump on it. For Legend of Zelda fans, it’s an absolute must-play, whether or not you’re familiar with Crypt of the Necrodancer. And if you’ve already played, the season pass is a compelling reason to jump back in. For just £13.49, it adds in a heck of a lot of extra content.

Buy Cadence of Hyrule and its Season Pass with 20% Off