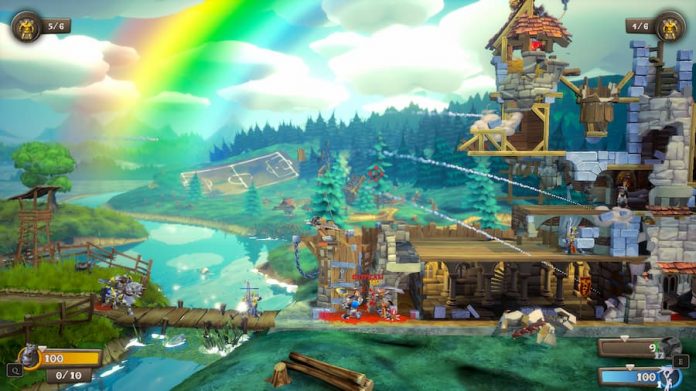 Combining elements of the tower defense and real-time strategy genres along with physics-based destruction, Zen Studios’ CastleStorm proved to be a hit. And for its follow up, the developer is adding yet another ingredient into the mix: conquest.

Inspired by the 4X strategy genre, CastleStorm II builds on its predecessor in a way that makes sense. With procedurally generated maps to explore and ultimately conquer, managing your troops in battle is no longer your sole concern – it’s also about resources.

I’ve spent some hands-on time with a demo for CastleStorm II, allowing me to thwart the machinations of a small undead army as the gallant Sir Gavin. Concise tutorials got me up to speed with CastleStorm II‘s new features; in no time I’d built a farm, a woodcutter’s hut, and even a quarry, but many structures weren’t available to me because I simply have the required materials to do so. In the final game, exploring the map for plunder, completing quests and dealing with ruffians will all be required to develop your forces and expand your territory if you want to succeed.

Regardless, after bringing me up to speed, the CastleStorm II demo did open up a little, allowing me to stretch my legs and explore without being so mollycoddled. I moved Sir Gavin around the map until his AP expired, then it was time to end my turn and let other factions go about their business. And on it went, as I made it my objective to search every nook and cranny not only for resources, but also to find and recruit new commanders for what would surely be harsh battle ahead. 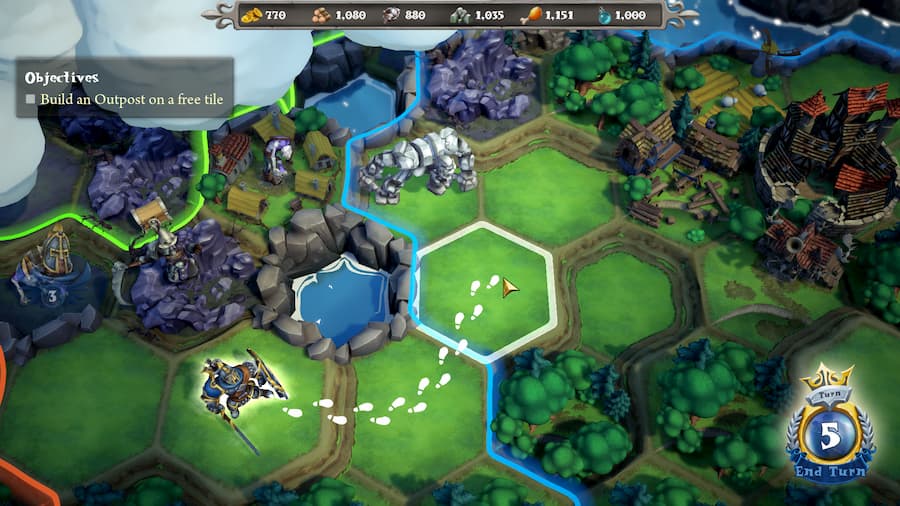 You see, while commanders can be easily hired at mercenary camps, it appears you can also bring some over to your side by helping them out with their problems, or simply negotiating with them. Needless to say, I quickly built up a varied force, consisting of archers, soldiers and paladins. Each commander you recruit has a number of troops under them which you can call into battle. They’re not invincible though; should they fall, you’re going to need resources such as food to replace them.

Resource management runs throughout CastleStorm II. You need resources to build structures, gather troops, and even sometimes bargain with or help those you meet on your travels. Some are doled out to you at the start of each turn depending on your progress, but you can also find more out in the world. They’re often rewarded as spoils for success in combat, too. Without resources, your campaign will be stifled, so you need to be proactive.

Even combat requires you to consider the resources at hand and not use them frivolously. Magic such as lightning is powerful, but you only have so many charges before it has to be replenished at a cost. And your ballista; the bolts it fires are endless, but they don’t do much damage. Still, it’s better to stick with them when facing most enemies rather than using the more powerful yet limited morning stars you’ve acquired that are more effective at taking down enemy ballistae.

The battles in CastleStorm II remain largely unchanged from their predecessor. They still rely on you summoning troops while also backing them up with your ranged attacks. And if you want to get into the thick of the action, you can still possess a commander such as Sir Gavin and hack and slash your way to success. You’re not limited to taking control of commanders in CastleStorm II though; you can now possess any friendly unit on your path to victory. Set for release on 31st July, CastleStorm II seems like it will thoroughly entertain those who loved the original game, while also potentially drawing in new fans. It boasts two campaigns, allowing you to experience both side of the struggle between the living and the undead, as well as a whole host of multiplayer modes. The visuals have obviously been improved, too. Whether you love tower defense, strategy or intense action RPG combat, be sure to keep it on your radar. 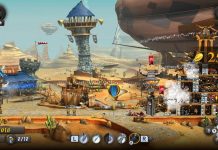 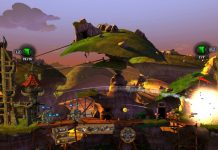