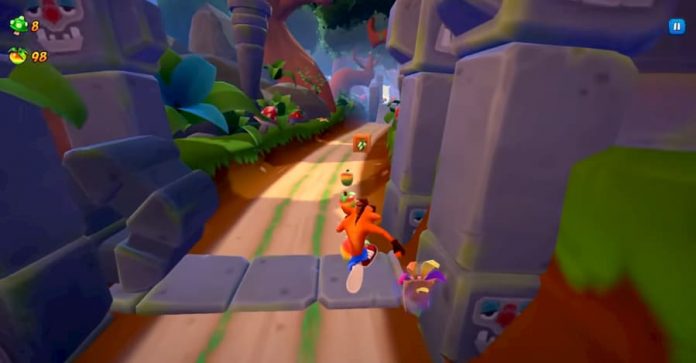 Woah! Everyone’s favourite bandicoot is getting shrunk and shoved into our phones.

Crash Bandicoot: On the Run, a runner game, is coming to iOS and Android “soon”.

The trailer only shows a short glimpse of what gameplay will look like, but it’s likely going to be something in the same vein as Temple Run. The trailer also says that the game will feature classic bosses, new levels, craftable weapons, customisable skins and the ability to play with your friends.

And if you pre-register the game, you’ll receive a blue hyena skin.

Crash Bandicoot: On the Run is totally free to play, but there will likely be some optional in-game items that will require payment. You’ll also need to be connected to the internet to access the game.

The release date is simply listed as “soon”, but we expect we’ll see it before the launch of Crash Bandicoot 4: It’s About Time in October.

Check out the trailer for Crash Bandicoot: On the Run below.

Crash Bandicoot: On the Run Is Dashing Onto Mobiles This March