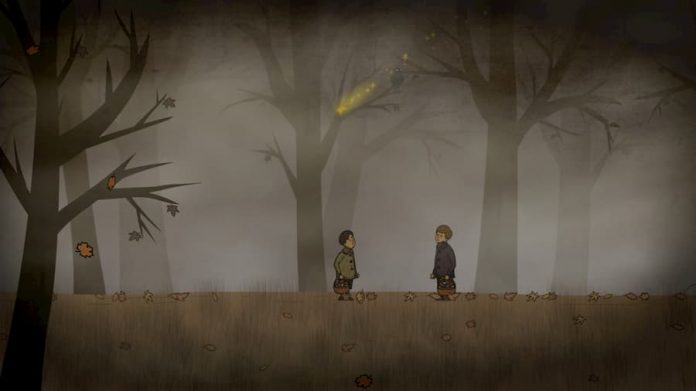 Would you do anything to save the ones closest to you?

Imagine walking through a dense forest with your brother, collecting mushrooms for the stew that you plan to make when you get home. It’s a little dark, but you know the area like the back of your hand; what could possibly go wrong? And then, suddenly, something isn’t right. It’s way too quiet – the only sound coming from the leaves crunching underneath your feet. You turn around and your brother is being taken by dark and terrifying creatures. When you stop panicking, you realise he’s really gone. Your brother is gone and it’s up to you to get him back at all costs. And so begins Creepy Tale from Deqaf Studio.

It’s a pretty gloomy beginning. In fact, this entire horror story is dark, strange and appropriately creepy. The creatures that lurk in the shadows are freaky and want to capture you for their master. From the outset, players will feel alone and trapped with these dangerous creatures. You’ll have to be clever and inventive to get past them and find your brother who is surely waiting for you.

“This entire horror story is dark, strange and appropriately creepy”

There isn’t too much in the way of story for Creepy Tale. You play as a young boy and your only mission is to find your brother. You’ll uncover ramshackle homes where the creepy creatures live and you’ll also find a strange witch-type creature, an angry tree and a few other foes (and maybe a couple friends?); but what you see is really what you get. There aren’t any lessons or exciting twists to find here. While there’s not necessarily anything wrong with that, it does make it difficult to become invested in the story or its characters.

What is truly frustrating are the game’s puzzles. Creepy Tale plays a bit like a point-and-click game in regards to how the inventory works. Your protagonist will pick up a stick and put it in his inventory for later use. Mostly, items that you need for a specific puzzle will be close by, which means you won’t have an entire inventory of items to scratch your head over later on in the game. But the game never makes it clear what items you can pick up. 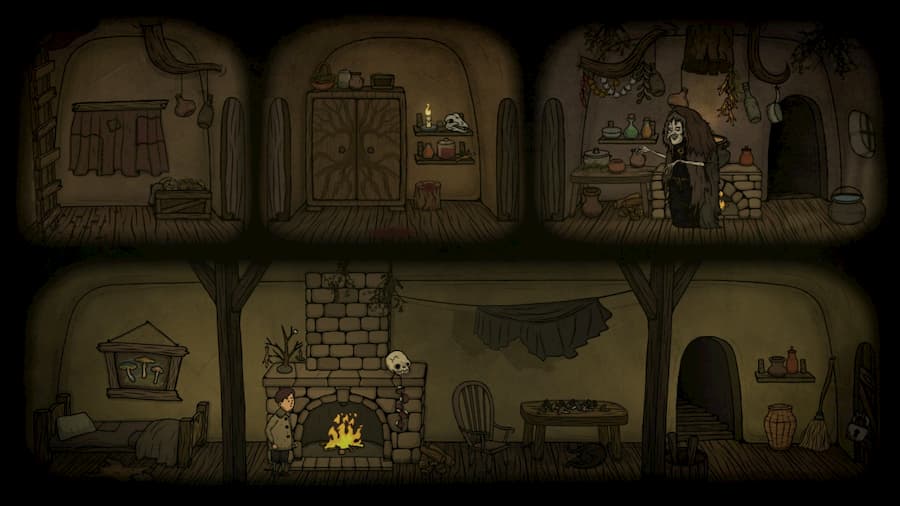 “Creepy Tale’s strength lies in its atmosphere, which evokes a feeling of Limbo or Little Nightmares”

Within the first five minutes, I was stuck for an embarrassingly long time before realising I could pick up one of the mushrooms on the ground. Later on, I got stuck not knowing I could pick up a random stick on the floor and put it in a wooden bridge as a lever to lower it. I’m all about not giving the player obvious clues, but some kind of indication – maybe a subtle outline – would go a long way to ease those frustrations.

But it’s not all bad. Creepy Tale’s strength lies in its atmosphere, which evokes a feeling of Limbo or Little Nightmares. The cartoonish art style is beautiful, and the creatures you’ll encounter in the forest are unique and well designed. The witch especially stands out, with her long, crooked nose and a wicked smile. Another character (who I won’t mention in detail as to avoid spoilers) is entirely unassuming, but you soon realise that they are much more sinister than they seem. While the puzzles may be at the forefront of the gameplay, it’s the eerie atmosphere that will stick around with you once you’ve finished the game. 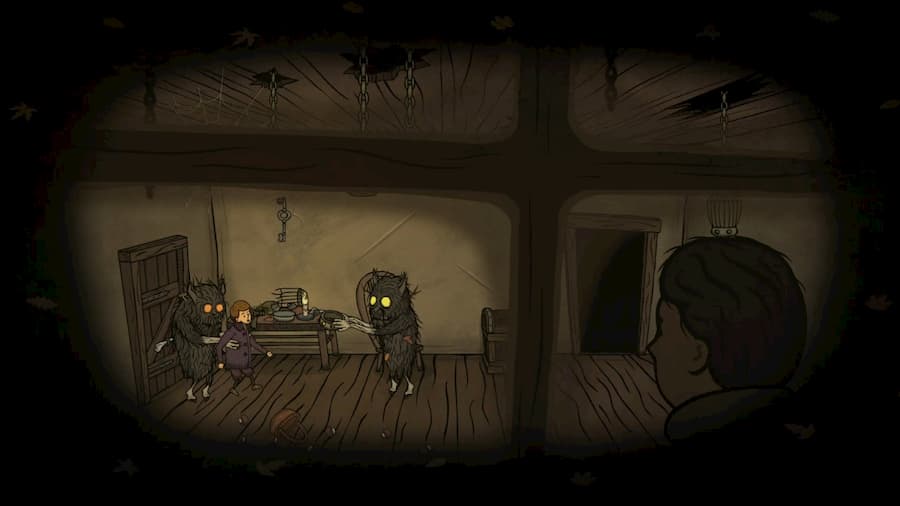 “The puzzles are a real downer, taking away from the player’s ability to invest in the world”

With a more cartoonish art style and side-scrolling gameplay, it can be hard to be genuinely scary. Creepy Tale initially pulls it off well enough thanks to its art design and great soundtrack. But the sense of dread doesn’t last long; after your first few encounters with the creatures in the forest, any scare factor soon disappears. It isn’t helped by the fact that there’s very little consequence for dying; you’ll simply start again a few feet away from where you died, with newfound knowledge of not to repeat that same mistake again.

With a short run time of only around two hours, it’s a shame much of that time is spent flapping about, trying to figure out what to do next. The puzzles are a real downer, taking away from the player’s ability to invest in the world and truly enjoy the atmosphere. Taking everything into consideration, Creepy Tale‘s full asking price on the Nintendo eShop is perhaps a bit steep. But if you can pick it up on sale, it’s probably worth a play through for its atmosphere alone.

Creepy Tale is available on PC and Switch. We reviewed the game on Switch with a code provided by the publisher.