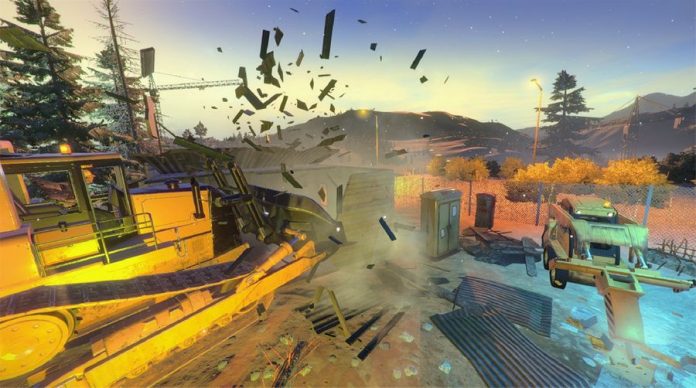 You’re given your orders by characters pulled straight out of Poser and the building textures are so bland at time it looks like you’re toddling around a PS2 title. But there is fun to be had knocking down an old saloon, or clearing out a car park and then claiming the revenue for your own.

Building does get a bit of a look in, but Demolish & Build’s emphasis is on smashing things up, whether by hand, bulldozer, crane or so forth. I was little disappointed to discover I couldn’t just go on a ‘dozer rampage – but it’d be short lived if there was no structure.

Instead, your task is to build up your demolition business, roaming around town (later unlocking three additional areas) to uncover new properties and contracts. You’ll be champing at the bit to knock down an office block but before that you’ll have to clear out a heavily pebble-dashed toilet block (and I’m not talking about small stones here).

It’s near-impossible to fail at these tasks since Demolish & Build informs you what to do next. You can’t smash through the saloon until you’ve taken the tables out for recycling, though you can lose money if you don’t deal with dust properly. Actually laying into the buildings can be entertaining; hammering tiles and watching porcelain fly as you demolish another sink is surprisingly fun. 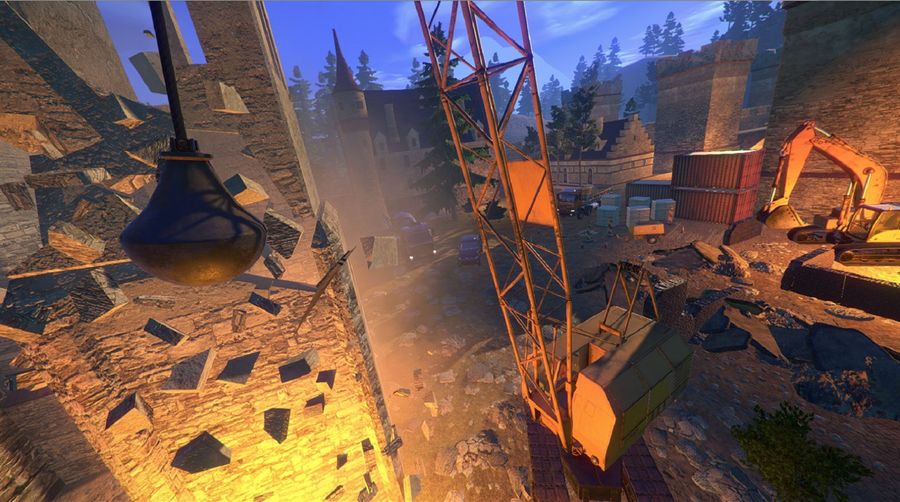 Demolish & Build can be quite cathartic; spent all day dealing with a crappy customer or a boss you wanted to drown in a bucket? Just imagine you’re smashing seven bells out of their property, leaving them to come home to a ruined shell. Not everyone in the game wants their property annihilated (some just want a few bits taking out) but there’s more than enough destruction to go around.

Unfortunately, Demolish & Build also has a lot of rough edges. Yes, smashing up a toilet is fun, but then you’re told you can’t move on because you haven’t got every last scrap. Ten minutes later you’re poking around, struggling to discover the last fragment of toilet seat that you haven’t destroyed. On the other hand, some jobs tell you to clear out dirt mounds and let you get away with leaving muck all over the place.

Later levels have more promise, giving you access to explosives and all manner of other machinery. So if you’re prepared to bulldozer your way through the rough patches you’ll get a kick out of smashing things up with Demolish & Build.