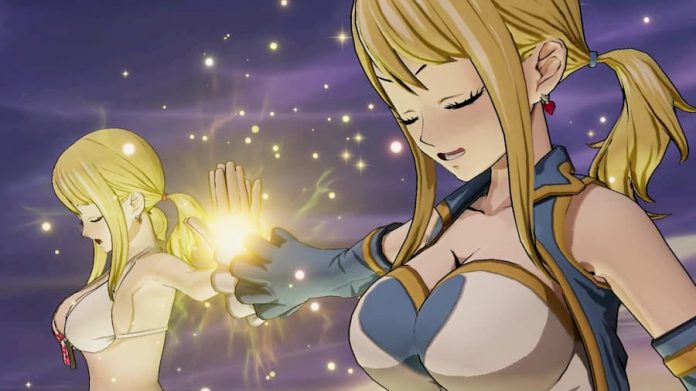 I’ve never seen an episode of Fairy Tail. I have, however, spent the last few evenings getting engrossed in Gust’s new game of the same name. And I’ve loved every minute of it.

I’ve heard there’s a lot of fan-service shoehorned into Fairy Tail, out now on PS4, PC and Nintendo Switch, but it doesn’t matter one jot to me; Natsu, Lucy, Erza and co. are brand new to my eyes, but I’ve quickly become attached to them all regardless. Though still fairly early on into my time with the game, I’m having a lot of fun, and it’s one of the more enjoyable JRPGs I’ve played in quite some time.

It helps that Fairy Tail never takes itself too seriously. It’s not ashamed to boldly lean into its silly, over-the-top anime roots and there are plenty of cutscenes and dialogue that’ll make you chuckle. It helps that the translation has been handled so well, and the Japanese voice acting for each character is delivered with plenty of spirit.

It’s also a fantastic-looking game. The world, which slowly opens up and becomes more vast as you progress, is brought to life in sublime detail. It straddles a fine balance between realism and an anime art style, which works perfectly; and makes the colourful, larger-than-life characters jump out of the screen. Combat sequences are especially mesmerising to watch, with extravagant magic-based attacks often turning your screen into a violent but beautiful fireworks display.

Combat’s a real high point of Fairy Tail, actually. Unlike a typical RPG, magic use is the emphasis for all characters, so your MP gauges feel more important than ever. You’ll unlock more attacks for each character as you move through the story, but even at the outset, you’re not short of impressive abilities. You attack in grid-based patterns too, so you don’t always have to be aiming for one enemy at a time. The most powerful attacks can take out multiple at once, which is as satisfying as it is rewarding. 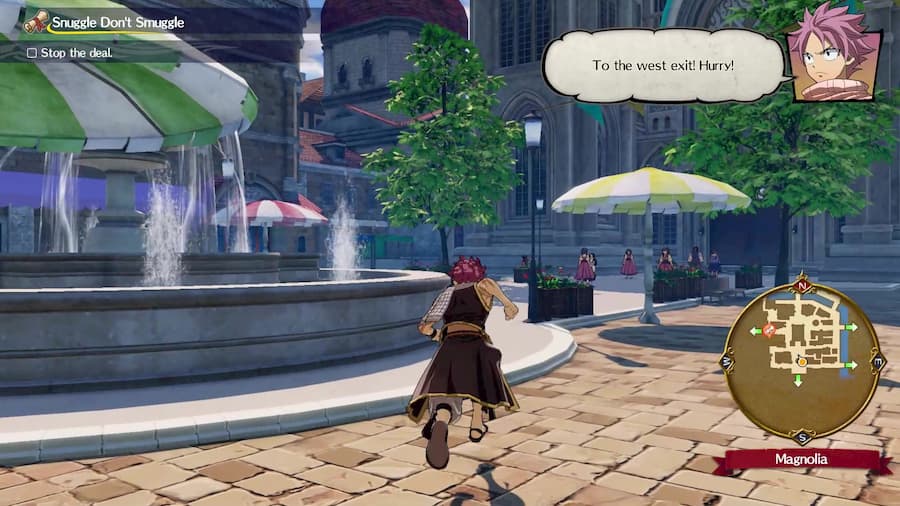 After your team has put out enough regular attacks, you’ll be able to perform a super-powered onslaught, where each character joins in to chain together a high-damage attack. It’s easy to pull off, but it’s a real joy to watch regardless. Wiping out an entire group of enemies in one fell swoop never gets old.

Outside of combat, there’s a great flow of progression in the early hours. Essentially, Fairy Tail’s guild has been demoted to the bottom of the ranks, and so it’s your job to help them move back up. Alongside working your way through the story, you’ll consult a job board to find missions, and complete tasks in order to upgrade your guild’s HQ. Completing these tasks sees you move up the ranks. Having control over what missions to complete – even if they are as simple as killing X monsters in a certain area, or delivering an item around town – feels good. 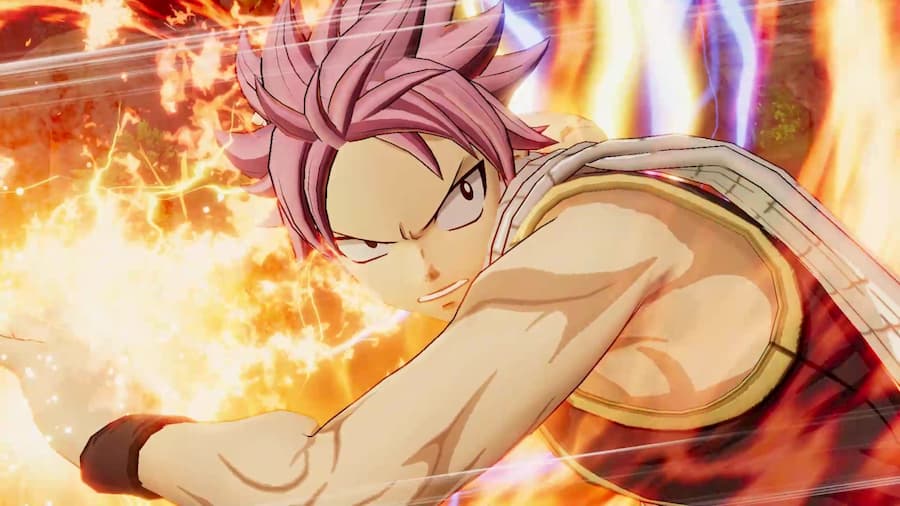 Fairy Tail‘s world is a pleasure to explore, too. Split into bite-sized zones that can be fast-travelled to at any time, each one of these areas has its own unique feel. There are bustling towns and villages populated with NPCs to interact with, then there are more rural locations where you’re much more likely to encounter enemies, or find treasure. You’ll do plenty of exploring while you complete missions, but there’s nothing stopping you from heading out on your own volition, simply to enjoy your surroundings.

I’ve got plenty more of Fairy Tail to sink my teeth into yet, but suffice to say I’m very much enjoying my time with the game so far. It’s surprisingly accessible even with no prior knowledge of the anime, which is a definite plus. I’ll be spending some more time with this ragtag bunch over the next few days, and I’ll have a full review soon.