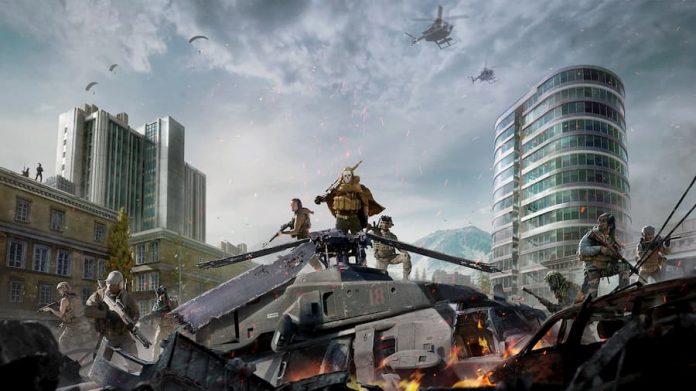 There are few things more satisfying or elating than winning a battle royale game.

Pitting yourself against a hundred or more other players, and coming out on top, has to be among the most adrenaline-fuelled experiences modern gaming has to offer. However, winning is never easy, especially for those new to Call of Duty: Warzone.

Warzone has learned a lot of lessons from other battle royale titles such as Fortnite and PUBG, but it is also its own entity. It’s an entirely different beast, so you’ll need a few additional tricks up your sleeve if you are to get that auspicious first-place.

So, here are our top five tips for winning Call of Duty: Warzone, learned from playing with people who win on the regular.

Consider where to drop

As with any battle royale game, knowing where to land is an important strategic element in Warzone. Verdansk is a huge map, containing virtually every type of battlefield possible: supermarkets, tower blocks, airfields, bunkers, tree-lined ridges, tundras, and more. Whilst it may seem daunting at first, you’ll find that over time, you can get to know it pretty intimately. There are areas that you’ll play better in, and areas you’ll struggle with, and many areas have their own specific quirks and strategies.

There are two major considerations when initially dropping in Call of Duty: Warzone. Firstly, is the location you wish to drop within the circle or not? If it is, then it is likely to be “hotter”, with more players in the surrounding area. It means you’ll likely face more of a scramble in the initial stage of the game.

If it is outside the circle, then it is less likely (but not guaranteed) to be busy, but you will have to keep a careful eye on the timer. When the gas starts to close in, it can move incredibly fast, so having access to a vehicle in order to drive or fly into the circle is advisable. One pro-tip for vehicles is to always, if available, place a Trophy System (it looks like a camera tripod) on the vehicle, as this will protect it from explosive weaponry.

The second major consideration is whether the location is on the flight path of the plane. It is much more likely to be busy if the drop-zone you’ve chosen is on the flight path. If you’re dropping and see that the area you’re headed to is too hot, it’s often worth calling an abort and pivoting to a nearby location. It’s not worth getting wiped in the first five seconds of the game for the sake of pride! 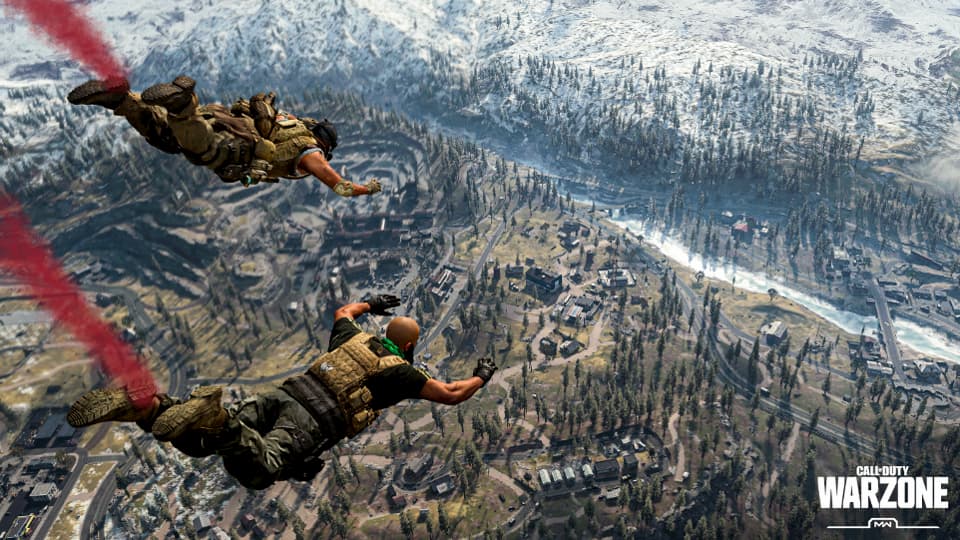 Get a good loadout

The first step to winning at Warzone is to get a loadout.

To do this, you will need cash. Money is a vital resource in Call of Duty: Warzone. It allows you to buy back players that have been killed in team games, to purchase UAV reconnaissance, ammunition, and armour-packs, and most importantly: to purchase loadouts.

Cash is scattered randomly around Verdansk, but loadouts cost $10,000, so you’ll likely have to complete a mission to get enough. One of the best innovations Call of Duty: Warzone has to offer is its missions. They encourage players to engage rather than just sit and camp, and completing one can change the fortune of a team down on their luck.

Some examples of missions include: Bounty Hunter, which finds a nearby player or team, and puts a price on their head; Scavenger, which sets you the task of finding three loot-crates in an allotted time period, for big financial reward;  and Recon, which gives you a location to defend, and rewards you with insight into the next two circles.

To purchase a loadout, you’ll need to reach a buy-station. These are located all around Verdansk and marked with a shopping trolley icon. Be warned; these areas are normally extremely busy, and the buy-stations are placed in locations that cannot be covered from all angles (those cruel game-developers). You’ll often find teams camping buy-stations to ensnare unwary players.

However, it’s necessary to take the risk to get the loadout. The reason that loadouts are such a significant advantage in Warzone is twofold. Firstly, it allows you to get your personalised custom weapons, which would otherwise be unavailable. Secondly, it allows you to also obtain your perks, such as Ghost, Coldblooded, or High Alert. These can be a game-changer, especially in the later stages of a Battle Royale.

To do all the above things we have discussed, you’ll need to learn how to “push” enemy teams in Warzone who are holding down a position. Some positions may be too well-defended to warrant assault; but some might be worth it for the rewards therein. And, in some instances, you may be forced to push by the approach of the gas.

To push a team, you’ll need to spread out your own team. If you’re bunched up, one spray of an LGM or tactically-placed grenade will end all of you. It’s also advisable to have teammates on multiple levels, though not so spaced out that you cannot reach your teammates if they’re downed by enemy gunfire. For example, if you are assaulting a multi-storey building, it’s pointless for all of you to assault via the ground. You’ll get picked off. Instead, one or two should push in through the ground floor, and the others should either provide covering fire from an adjacent rooftop, or if none is available, approach from a different flank.

“I have the high ground” is a thing in Warzone. Superior elevation gives you a tactical advantage – it makes aiming easier, headshots more likely, and often provides you with cover – so always be wary when pushing uphill. Sometimes, the best way to take out a team holding an elevated position is to find an even higher position, and shoot down on them… 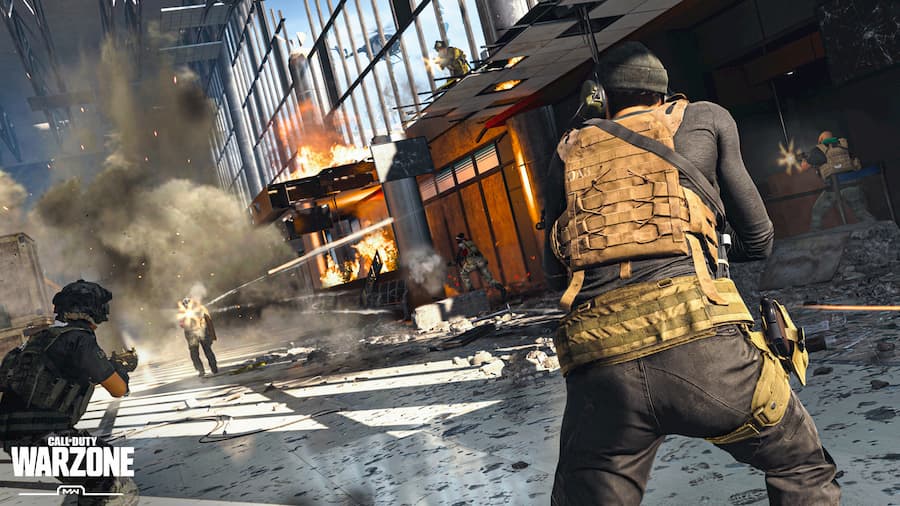 Know how to bring your team back

Every player in Warzone gets one shot at earning their way back into the game: the Gulag. However, the Gulag is tricky, and even the best players can’t win it 100% of the time. Luckily, even failing your Gulag is not the utter end in Warzone – provided some of your teammates still live. If you are one of the survivors, and can find a buy-station, you will be able to buy your teammates back for $4,500 a piece.

If you’re short on cash, you can try a ‘Kingslayer’ mission. Kingslayer is a recent addition to Warzone’s mission-roster. It makes you visible on the map for three minutes. If you can survive, you’ll not only receive a cash payout, but all your dead teammates will be automatically brought back into the game for zero cost. Matches can turn on the successful completion of Kingslayer. Of course, if you kill the King, then you get a massive payout too, so players have a high incentive to hunt you down!

So, you’ve reached the final circle, most or all of your team are still alive, and you have your loadout. Now, you face the final and most intense challenge.

Firstly, there are a few things to consider. Where are you in relation to the final circle? Do you have an established position, or have you only just made it into the circle? Do you have UAV and visibility of enemy teams? How much ammunition do you have for the upcoming fight? All of these might impact your decisions.

In general, a key rule is “do not fire unless you need to”. More often than not, you might see an enemy team, think them a threat, only to find they are then engaged by another team. When the circle is so small, you don’t have to fight every team at once, and thereby draw attention to yourself. If two teams are battling it out, don’t throw yourself into the mix. Pick off other threats, then return and kill off the weak survivors.

Another key principle is to be wary of what the circle is doing. If Warzone does not end within a certain time frame of the final circle being established, the circle will begin to adopt one of two behaviours:

Every game of Call of Duty: Warzone is different, and every player and team will have their own optimal strategies for winning. No guide can possibly cover every base, but hopefully this gives you a few tips and tricks to get you going, and ensure that you get the most out of your Warzone games. 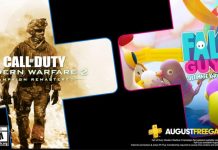 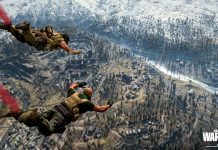 How to Ping Danger in Call of Duty: Warzone