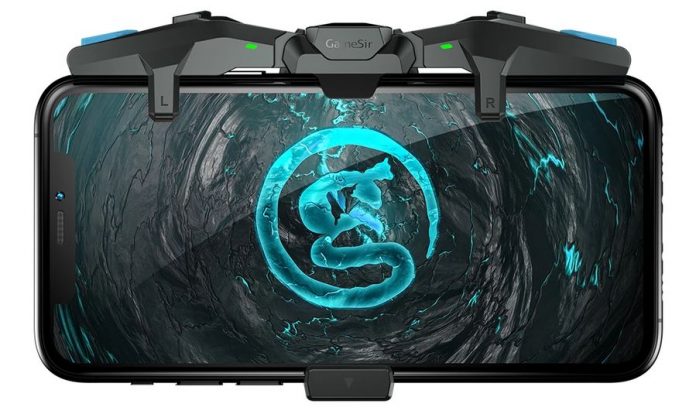 Stuck at home with the kids? The GameSir F4 Falcon, which adds shoulder buttons to your mobile device, could be just what you need.

With its fold-out wings, the GameSir F4 Falcon looks like it should turn into a robot; hand it to your child, tell them it’s a Transformer and enjoy hours of peace as they struggle to figure out where the head is. And when you finally get it back, you can use it to make a few of the leading mobile shooters much more comfortable to play. Everyone’s a winner.

As streamlined as the GameSir F4 Falcon looks, it’s not all that complicated in practice; though it does rely on the mobile shooter you’re playing having draggable buttons. Attach it to an iOS or Android device, and the F4 Falcon‘s ‘claws’ make contact with the screen. This contact is remarkably light, but if you’re worried about it scratching the screen, it works through screen protectors, gorilla glass included.

Make a mental note of where the claws touch the screen, then drag two of the buttons to those areas on-screen. Pop the F4 Falcon back onto your device and you’re ready to go, with no need to mess about with Bluetooth. It acts like a pair of shoulder buttons, with an extra pair of buttons for auto fire.

The F4 Falcon does need charging, but a short charge lasts a long time; you can get up to 40 hours’ use out of it before needing to charge again. For a small device and fairly simple idea, it actually makes a world of difference in practice. Instead of feeling like you need twenty fingers just to compete in PlayerUnknown’s Battlegrounds Mobile, you can blast away to your heart’s content. 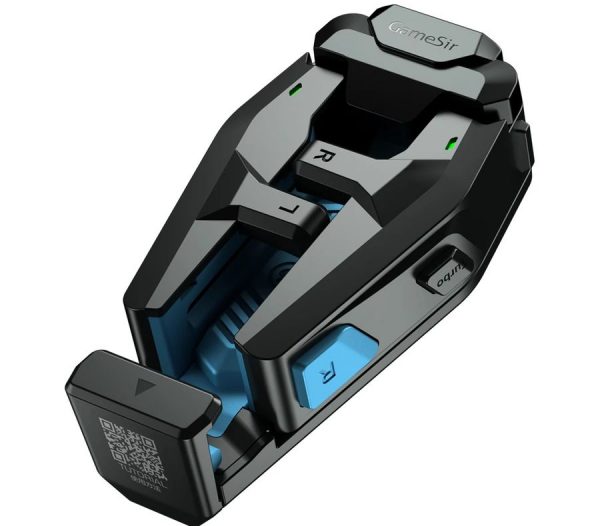 Tackling PUBG Mobile and Rules of Survival, I didn’t quite murder my way to the top, but assigning primary and secondary attacks to the F4 Falcon‘s buttons made things a lot easier. Likewise the autofire; facing an assault rifle wielding foe in PUBG, I chased him around with the button held down and ended up subduing him with just my fists. Though, in practice, you can assign any movable button to the device; if you’d prefer, you can tap the shoulder buttons to switch weapons.

So what’s the catch? The GameSir F4 Falcon isn’t all that pricey; coming in at a hair under £30/$30, cheaper than your average controller. The snag is that, while GameSir’s website provides three or four of examples of compatible games, titles with draggable buttons aren’t all that common. I downloaded five random first-person shooters from Google’s Play Store, aside from the ones listed on GameSir’s site, and a grand total of zero let me move the on-screen buttons about. And while the design of the device means it can support most phones (I used the GameSir F4 Falcon on a phone with a 5.2 inch screen), you should check your device fits the bill. You’ll need a phone that’s 4.7″ or above, with a body that’s less than 10mm thick, between 66m and 85mm wide and less than 170mm in length.

Ultimately, whether the GameSir F4 Falcon is worth the investment depends on which titles you play and if they’re supported. If you flit between numerous mobile games, you likely won’t get a good return on the F4. But if you have go-to mobile game that you spend hours playing and, like PUBG, it has draggable buttons, the GameSir F4 Falcon could be worth its weight in chicken dinners.