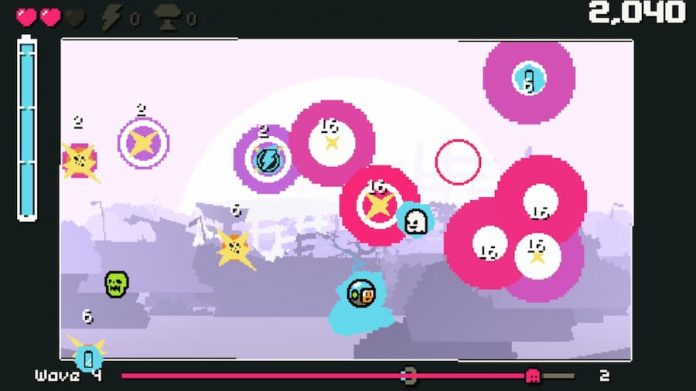 This isn’t a game you should judge by its appearance though; despite its simple art style, Ghost Grab 3000 is an addictive and fun twist on an arcade classic.

While best described as a ‘bullet hell’ game, in Ghost Grab 3000, you aren’t simply dodging bullets and shooting at your enemies. Oh no. In fact, you don’t have a gun at all. Instead, to take down your ghostly opponents, you need to grab them. The clue’s in the name, really.

Grabbing an enemy and pressing a button will dispatch them, scoring you a point. But the trick to succeeding – and achieving the best score – is to chain enemies together. You see, once you’ve grabbed one enemy, another can be chained on simply by making contact with them with your grabber’s tether. The more enemies you manage to grab in one go, the higher you’ll score.

It sounds simple enough in principle, and it is; but as you progress through Ghost Grab 3000, it gets fiendishly difficult. New enemy types spew different bullet patterns at you, and with increasing amounts of foes on the screen at any one time, dodging them becomes an intense dance around the screen. You’ll probably see the ‘game over’ screen before long – but I challenge you not to pick it up again straight away. 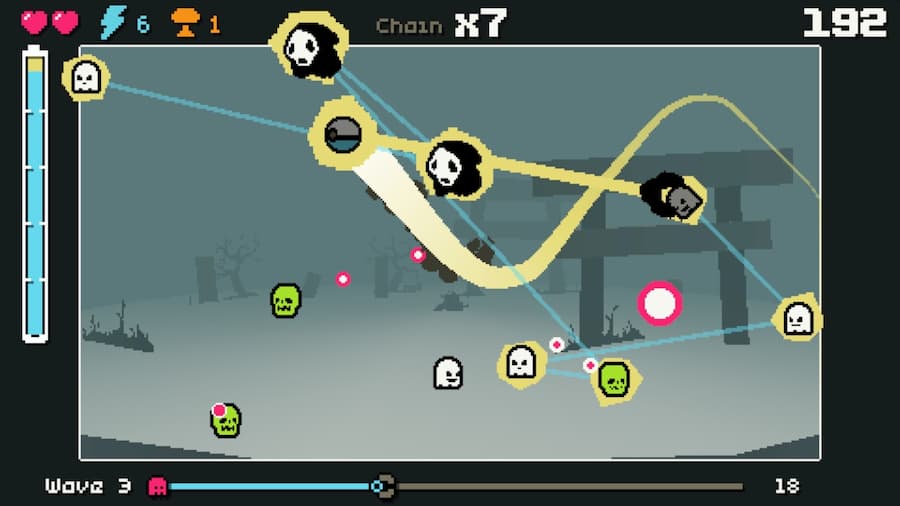 Your only goal in Ghost Grab 3000 is to survive as many waves as you can, and achieve the highest score possible. So you’ve always got an incentive to play again: beating your last score. Three difficulty levels are available too, allowing you to face a greater challenge if you’re up to it.

As you play, you’ll collect coins which allow you to unlock upgrades. These include things like greater health, a longer reach with your grabber and more. But you’ll need to balance your upgrades carefully; often, an upgrade to one stat comes at the detriment of another, so you’ll need to play around to find the best build for you.

Considering that Ghost Grab 3000 is just £4/$6.30, it offers excellent value for money. It’s the sort of the thing you’ll likely go back to again and again. With a game lasting an average of 10-15 minutes, it’s the perfect game to pick up while you’re waiting for your dinner to cook, or on a short commute. Because I’ll be damned if chaining those ghosts together and racking up a high score isn’t a heck of a lot of fun.

Ghost Grab 3000 is available now on PC and Nintendo Switch. 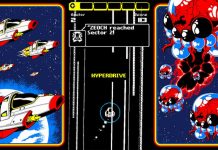