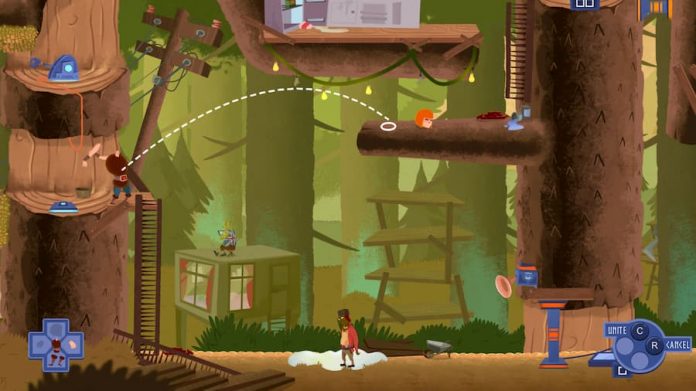 Having a bad day? It’s nothing some body desecration can’t solve.

Perfectly Paranormal’s next game, the limb-removing puzzle-platformer Helheim Hassle is headed to Nintendo Switch, Xbox One and PC on August 18th. A PlayStation 4 version is set to release later.

Based in the same universe as Manual Samuel, Helheim Hassle is a comedic and macabre narrative adventure game about friendship and dismemberment. You play as Bjørn, a pacifist Viking who is terrified of dying and going to Valhalla. Unfortunately for him, he dies and goes to Valhalla. Bjørn isn’t just about to accept this fate and will try everything in his power to negotiate his way out.

When picking up the game, players can expect up to 70 different quests spread out among 14 levels. You’ll have to use different body parts to traverse the world and complete puzzles so that Bjørn can continue his quest. You’ll also meet 80 different characters like bear ghosts, dragons, elves, dwarves and goblins professionally voiced with over 3,700 lines of dialogue.

There’s no question that Helheim Hassle will be the talk of the town when it releases on 18th August. Check out the trailer for the game below.

Want to find out more about Helheim Hassle? Read our interview with its developer here.