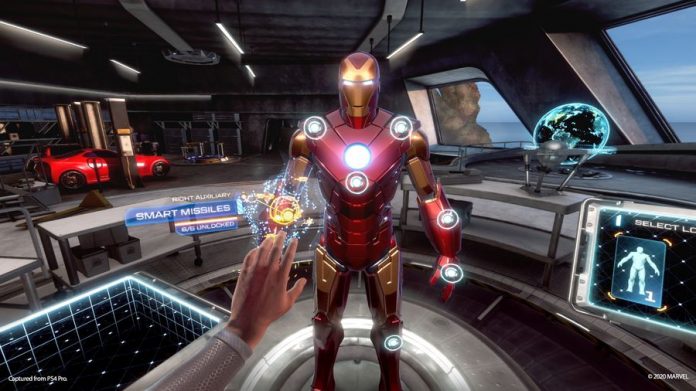 I am Iron Man. Which, as it turns out, isn’t nearly as much fun as you’d think.

I won’t deny that suiting up the first time in Iron Man VR is a real rush. The moment that virtual visor came down, I had a grin a mile wide and when this PSVR title talked me through taking off, I felt like I could smash through the ceiling and soar off into the skies.

Iron Man VR‘s controls are a little unconventional compared to other air-based action games. You move around by activating your hand jets; facing your palms down will fly you upwards, facing them forwards will fly you backwards, and so on. As such, PlayStation Move controllers are compulsory here. It’s a little unwieldy, but the more you play Iron Man VR, the more you get used to it.

You might be standing (or sitting) in the middle of your living room, strapped into a bulky PSVR headset and grasping a couple of glowing devices that look like they belong in an adult store, but in your head you’re Tony “Iron Man” Stark. You get a real sense of achievement from working out how to use one hand to fly and the other to fire repulsor blasts.

The PSVR’s tracking has never been great, but Iron Man VR handles it better than most; though there are still times when your on-screen arms get twisted up like pretzels, or you’re urged to turn around and face the Playstation Camera. But physically turning around, rather than using the quick-turn buttons, does wonders for Iron Man VR‘s immersion. The problem is that the world you’re immersed in isn’t all that interesting. 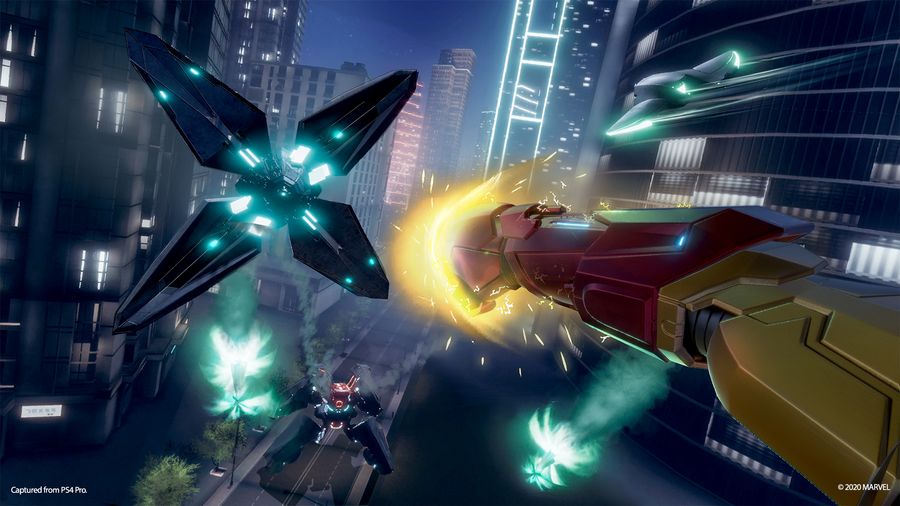 Iron Man VR doesn’t take place in the Marvel Cinematic Universe; instead, it has a continuity all of its own. The story gets off to a promising start; the automated weapons that Tony Stark created, prior to the near-death experience that made him Iron Man, have resurfaced. And there’s a neat side-plot that serves as an allegory for Stark’s alcoholism.

“The world you’re immersed in isn’t all that interesting”

And then it’s all forgotten about, cast aside in favour of an experience that’s about as deep as an officially-licensed Avengers paddling pool. One of the villains of the piece confronts Stark with his crimes – and his response, more often than not, is to start wisecracking. But don’t worry; you won’t forget about Stark’s automated drones, because you’ll be fighting them in virtually every sodding mission.

No, I’m not kidding. Iron Man’s has a vast catalogue of foes – human and otherwise – and Iron Man VR chooses to pit you against anonymous robotic drones again and again, and again. We’re not even talking about humanoid, Ultron-style enemies here; the foes you fight are so forgettable, it starts to feel like an extended training exercise. Yes, roaming around Tony Stark’s mansion, you can upgrade your suit’s weapons, swapping regular repulsors out for beam repulsors and so on. But your enemies are so bland, there’s no real satisfaction gained from annihilating them, no matter whether you shoot, punch or stomp on them. 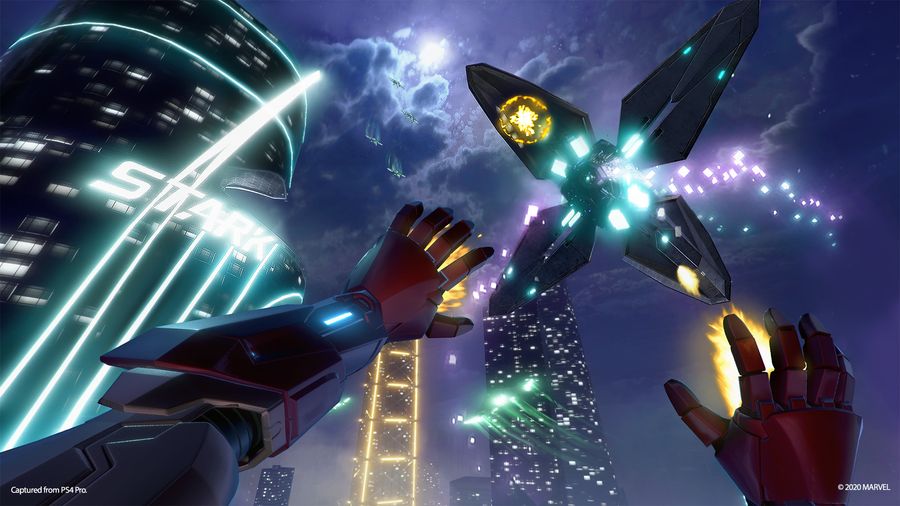 There are a few missions which actually feel worthwhile; the mission where you’re trying to save a plane – as seen in Iron Man VR’s demo – actually makes you feel like Iron Man. Another where you’re soaring around a Shield Helicarrier is fun, at least until the waves of drones turn up. Complete a level and you’ll unlock free fly mode, which is also a worthy diversion.

But for every Helicarrier level there’s another where you’re flying around an enclosed area, battling around skyscrapers that look like they’ve been yanked from a PlayStation 2 game. There are 12 missions in Iron Man VR, but several of these take place in the same location. Remember flying around Shanghai, taking out all those drones? Two missions later, you’ll be doing more or less the same thing. If you’ve played Iron Man VR‘s free demo, you’ve already seen the best the game has to offer. 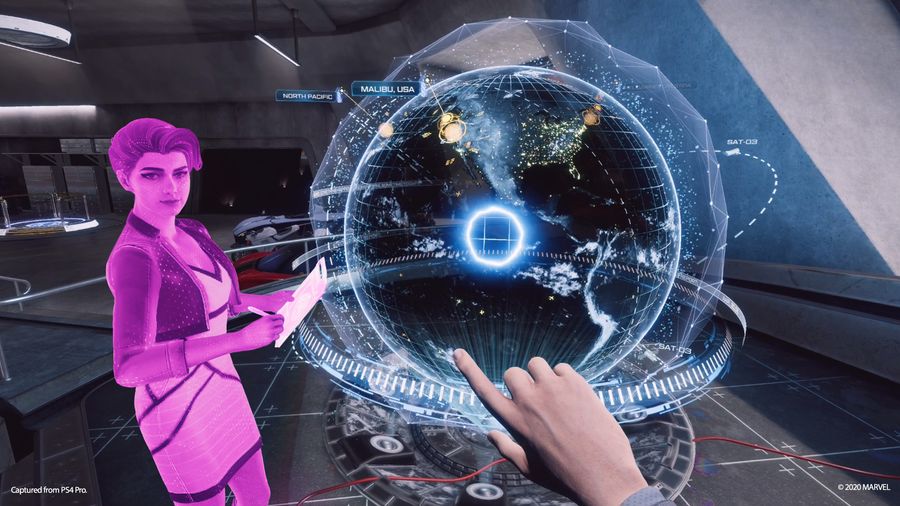 There are a couple of enemy types that prove challenging, but for the most part you’re mowing down drone after drone. You’ll likely also find that the VR controls, which were so appealing when you were coming to grips with them, start to irritate. You’ll find yourself wishing there was a simpler jet-style option instead.

Iron Man VR even subjects you to extra, compulsory time trials. There’s a tutorial race that helps you get to grip with the armour, which is helpful and makes sense. But two levels later, even though Tony’s business empire is under attack, Friday, your AI assistant, forces you to undergo another 49-checkpoint race. Have it as an optional side diversion, by all means, but forcing you to play it simply breaks any immersion from the story.

It definitely has its moments, but the fun is spread so thinly that Iron Man VR soon wears out its welcome. Being Iron Man is fun for a few minutes, but it doesn’t last. The hero who kick-started the Marvel Cinematic Universe definitely deserves better.

Iron Man VR is available on PS4. We reviewed the game with a code provided by the publisher.