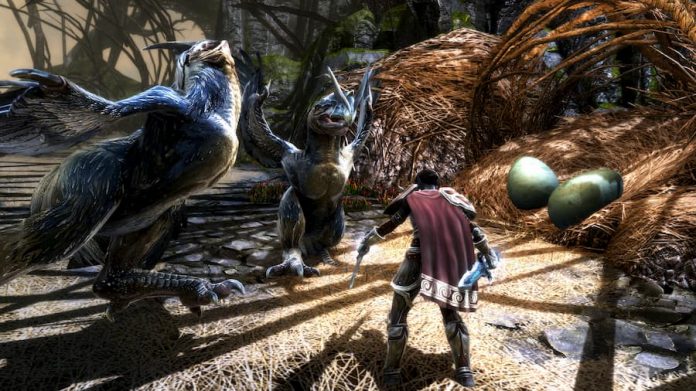 The Microsoft Store was wrong.

Back in June, a Microsoft Store listing leaked the existence of Kingdoms of Amalur: Re-Reckoning, a remaster of cult action-RPG Kingdoms of Amalur: Reckoning released for PS3, Xbox 360 and PC back in 2012. The stated release date of 18th August, however, was apparently incorrect. THQ Nordic has today confirmed that it will launch on 8th September on PS4, Xbox One and PC, with preorders starting from today. And unexpectedly, it has been announced that the tile will receive a brand new expansion called Fatesworn in 2021.

If you really loved Kingdoms of Amalur: Reckoning back in the day, however, and have lots of money that you want to get rid of, a fancy Collector’s Edition of Kingdoms of Amalur: Re-Reckoning wall also be available. Retailing for £99.99/$109.99, the Collector’s Edition includes a highly detailed Alyn Shir figurine, a custom Amalur keychain, five pieces of original artwork, the game’s award-winning soundtrack by Grant Kirkhope, a PS4, Xbox One or PC copy of the game, and of course, a snazzy box to keep it all in.

Check out the trailer for the Collector’s Edition of Kingdoms of Amalur: Re-Reckoning below.