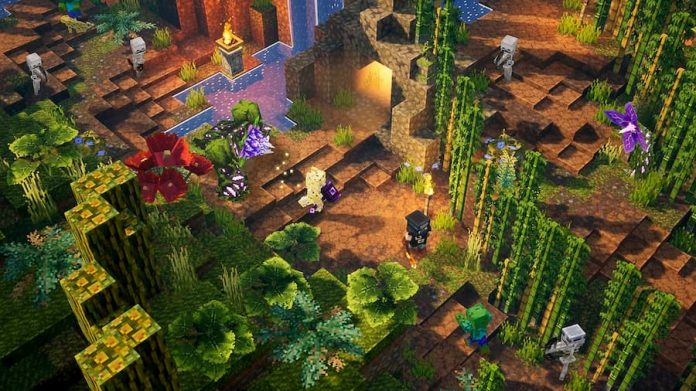 Jungle Awakens adds two new, sizeable levels to Minecraft Dungeons. Taking you – surprisingly enough – into the heart of the jungle, each new level adds a handful of new enemy types, new areas to to uncover, and some new items.

The jungle makes for a rewarding area to explore. Pigs and cows have been replaced with the much more exotic jaguar; if you can bring yourself to kill one (you monster!) you’ll be rewarded with a health item. You’ll find yourself coming up against new threats, too. Poison flowers want to kill you, and deadly roots will shoot out of the ground to block your path. Of course, you’ll find yourself fighting plenty of familiar enemies too, but the new ones add a haughty challenge – especially if you’re playing on a higher difficulty level.

There are some secret areas to discover in each level, rewarding you with loot if you find and complete them. Though despite feeling bigger than most levels in the base game, they feel somewhat empty. On my first trawl through Dingy Jungle – the first of the two levels – I made an effort to uncover all corners of the map. Sadly, I came upon dead end after dead end, with very little treasure and reward in sight.

But it’s not too much of a bad thing. The adventure here is to be found on the main trail. Follow the objective marker and you’ll find plenty of excitement waiting for you. These new jungle levels have a high enemy density, so you’ll need to keep your wits about you. There’s plenty of loot to be picked up just by defeating mobs, even if the lack of hidden treasure chests is a little disappointing. 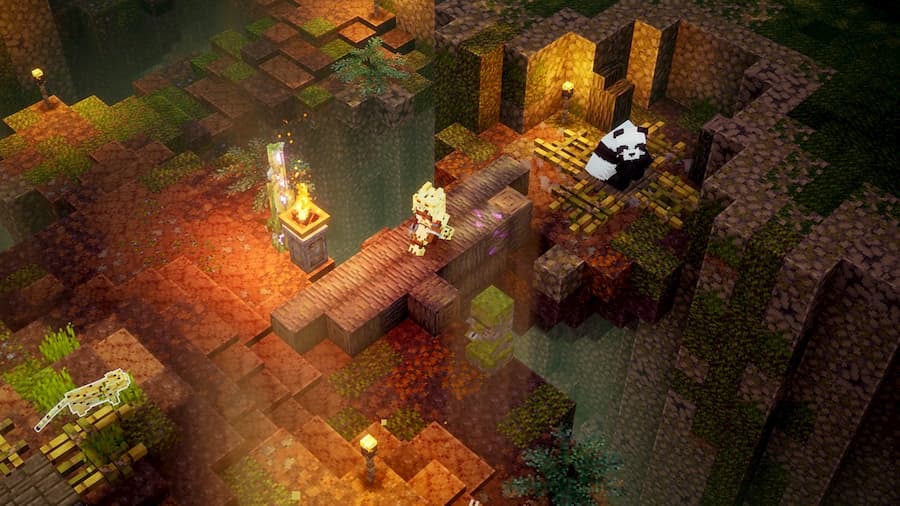 Along with the two main levels, the new DLC area contains a third hidden level – Panda Plateau. You’ll need to find a secret area in the main levels in order to unlock it, but it offers another pleasant diversion – and a way to gain some extra experience. Not to mention it’s filled with adorable, blocky pandas.

There’s some free content available alongside Jungle Awakens, too. A new area, Lower Temple, has been added to the main map; there’s some new gear; and a new threat level has been added to each difficulty. So even if you haven’t bought the Hero Pass or the DLC for Minecraft Dungeons, you’ve got something new worth going back for.

But when the asking price is only £5/$6 – or £8.40/$10 for the season pass – there’s no reason not to make the jump. If you enjoyed playing through Minecraft Dungeons, then the Jungle Awakens DLC simply offers more. More enemies to defeat, more levels to blast your way through, and more loot to find.

Watch us play through the first level of Jungle Awakens below: 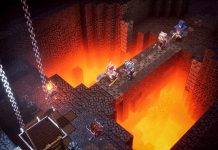 How to Get the Iron Golem in Minecraft Dungeons

What Can You Spend Gems on in Minecraft Dungeons?