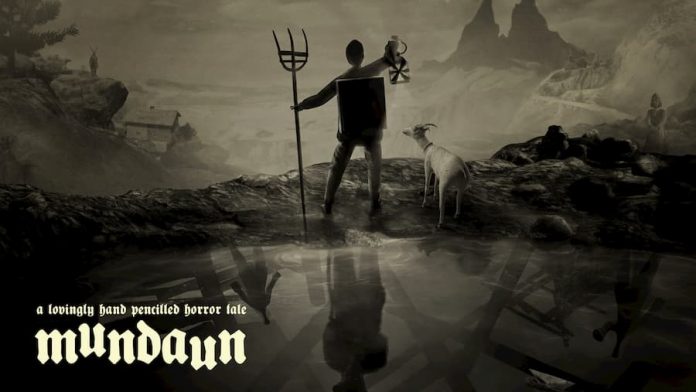 From Hidden Fields, Mundaun is a “hand-pencilled horror tale” set to release on PC and consoles next year.

It’s the first game from the studio, made up of one very talented man by the name of Michel Ziegler. The Swiss programmer and illustrator has painstakingly pencilled each of the game’s environments and characters by hand, giving Mundaun a unique and deliciously disturbing visual effect.

Its trailer oozes the surreal, disjointed creepiness of a Salvador Dali film, and we are here for it. Watch it below:

Considering the incredible amount of work that must have gone into it, it’s no wonder that Mundaun has been in development for over six years. If you’ve ever tried to do even just one pencil sketch, you can appreciate how much time it takes.

The game itself is a first person horror set in a secluded valley deep within the Alps. You’ll be torn between the real world and one filled with myths and legends, as you fight your way through fearsome creatures who threaten the world.

We’re looking forward to finding out more as the game gets closer to release. For now, more information is available on its official website.