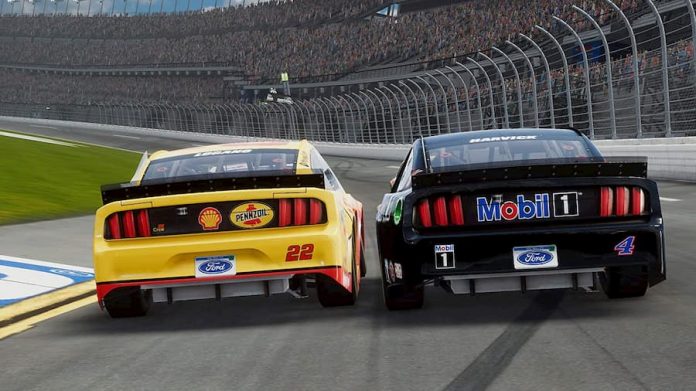 If you bought last year’s NASCAR Heat 4, you should probably think long and hard before you lay down the cash for NASCAR Heat 5.

It’s hard to tell the two apart, really. From the main menu to the in-game visuals, very little has changed. On the surface, NASCAR Heat 5 is just NASCAR Heat 4 with updated teams, cars and drivers.

There are some genuinely new features, though. There’s the new testing mode, for example, allowing you to tweak your car’s setup and then quickly head out for a lap or two to see if it works for you. If you’re a hardcore player and you want to make sure your car is set up perfectly for each track, you might get a kick out of it. A large proportion of players, however, will find it pointless, and simply use the setup slider instead.

“On the surface, NASCAR Heat 5 is just NASCAR Heat 4 with updated teams, cars and drivers”

And then there’s the other big new feature in NASCAR Heat 5: the ability to jump straight into any series, including the NASCAR Cup series, instead of making your way up from the bottom. It’s a little thing, but it’s welcome. Especially for those who have played previous NASCAR Heat games and don’t want to play through the Xtreme Dirt Series yet again. It’s not very helpful if you want to create your own team, however; you’ll miss the seasons worth of groundwork enabling you to be competitive at such a high level.

“As good as it is, there’s still room for improvement”

Other new features are less noteworthy; some new camera options, for example, and DNFs. Along with improved driver AI and improved statistics provided throughout your career, NASCAR Heat 5 is perhaps the best NASCAR game yet. Though we’re talking by such a small amount – you get the feeling that any improvements it has over its predecessor could have been delivered as a patch or DLC. And, as good as it is, there’s still room for improvement; it’s still not quite as engrossing at it could be.

Sure, it’s enjoyable creating your own team or racing for your real-life favourite, and features such as the rival system give it a little more depth. But it’s about time the career mode of the NASCAR Heat series was overhauled. It’s beginning to feel a bit old-hat now. And then there are its online offerings, which definitely need to be expanded. Presentation, too, is also an area that’s extremely lacking. NASCAR Heat 5‘s menus are simply bland as can be. In fact, I’d go so far as to say that they’re ugly. 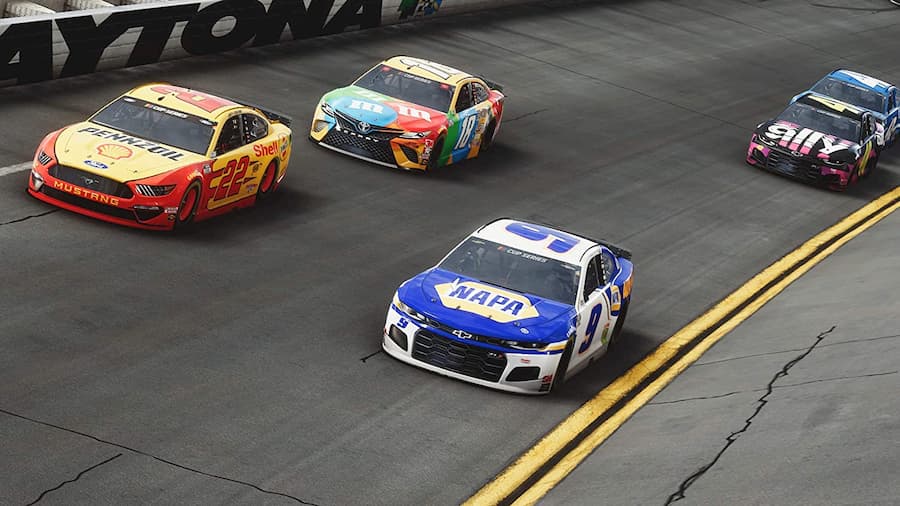 “The on-track action is tense and exciting”

Still, the on-track action is tense and exciting. And, as ever, the experience is highly customisable. There are countless assists, you can make races as long as you like, tweak tire wear, and even even adjust opponent AI. Whether you’re a racing pro or absolute novice, there’s a setting for you in NASCAR Heat 5. That being said, it might take you a bit of time to get the handling just right; with too many assists enabled, you might struggle to be competitive.

Basically, then, if you skipped last year’s NASCAR Heat 4 and are looking to pick up a new NASCAR game, NASCAR Heat 5 is the one to grab, no doubt. It is indeed the best NASCAR game to date. There’s such a small margin between them, however, that unless you’ve got a wad of cash burning a hole in your pocket, there’s no real reason to pick this up if you do already own NASCAR Heat 4. Hopefully there’ll be some genuine new features and improvements in next year’s inevitable NASCAR Heat 6.

NASCAR Heat 5 is available on PS4, Xbox One and PC. We reviewed it on Xbox One X with a code provided by the game’s publisher.