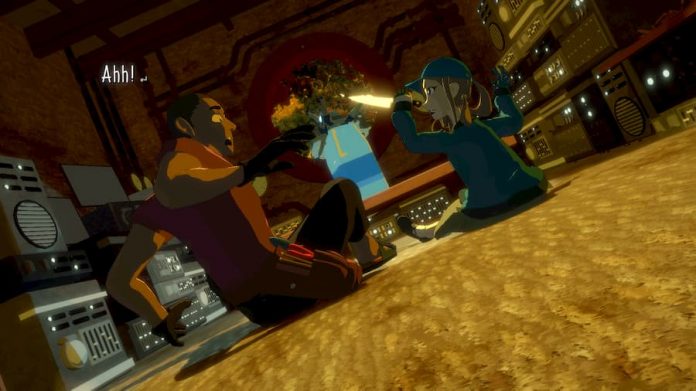 What’s waiting for us when we die?

It’s one of the only questions we ask and can never get the answer to. But it doesn’t stop us from wondering. Is it heaven or hell, or the afterlife? Maybe reincarnation? Most of us can agree that there’s got to be something. We aren’t brought into the world just to be a forgotten piece of time. Our memory lives on in those that knew us and loved us and because of that, when it is time for us to go, it doesn’t hurt so bad. It’s comforting, meaningful, and beautifully inevitable.

Necrobarista, a visual novel from developer Route 59, explores the complexities of death and the afterlife in such a charming, funny and vividly visual way that players will find themselves connected to its characters within the first few moments. As you click through the final scenes of the game you’ll plead for more time to enjoy the dynamic world and appreciate the messages that are hidden between the lines of thoughtful dialogue.

“…[it] explores the complexities of death and the afterlife in such a charming, funny and vividly visual way”

But Necrobarista isn’t your typical visual novel. Instead of a 2D space with hand-drawn characters and boxes of dialogue to click through, here you’ll find fully 3D scenes where characters interact with each other and the objects around them; making coffee, moving around or even throwing knives. Yeah, that’s the thing – the characters in this story aren’t your everyday strangers on the street. You’ll find that out very early on.

The entire story takes place around The Terminal, a coffee shop that acts as a sort of stop-gap between the living world and whatever comes after. Maddy, the shop’s owner, handles most of the customers that come in. They might be people that work in the in-between space, random passersby or patrons that have recently died and are about to move on. 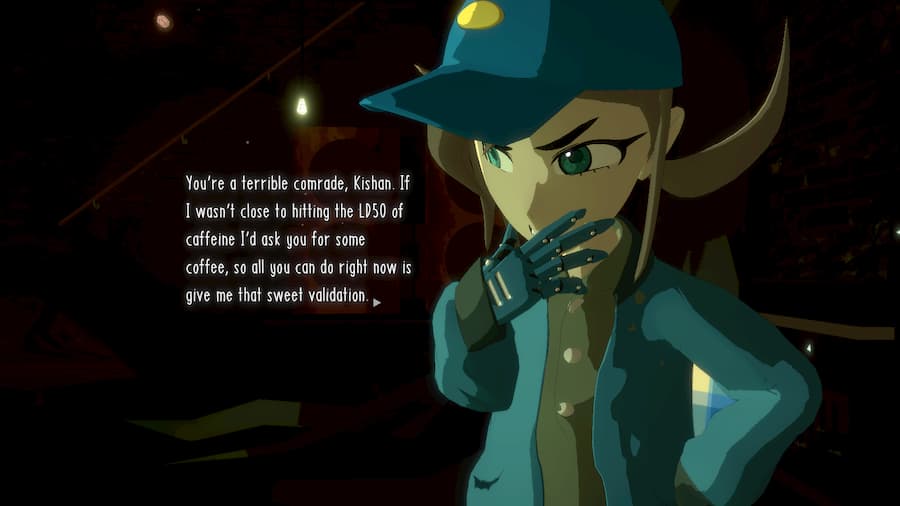 You see, in this universe, when you die you have 24 hours of time to kill before you really go. For character Kishan, the place he decides to spend his last 24 hours is The Terminal. Players will also meet Chay, the 100+ years old man who has long overstayed his welcome in this plane of existence; Ashley a quirky young girl who works at the shop; and Ned, an employee at the ‘Council of Death’.

As I mentioned, Necrobarista doesn’t play like your average visual novel. The characters move in a kind of slow-motion where, as you click through the dialogue, the characters and the camera following them move around the room. It’s a brilliant and wholly unique way to tell the story. How quickly the story players out is completely up to the player, making it so you can spend as much time watching each scene as you’d like.

In between each episode of Necrobarista, players have an opportunity to roam around The Terminal. It provides the opportunity to explore more of the game’s lore that you’d otherwise miss out on. Find a pair of knives in the basement and read the story of a young girl who just wants to feel something again; or sneak a peek at Maddy’s computer and read about her interactions with a nearby facility that suspects her of stealing spiritual power from them. It’s a clever way to build the world. Necrobarista takes only around four hours to complete, but Route 59 has managed to create a world just as real and large as any game double or even triple its length. 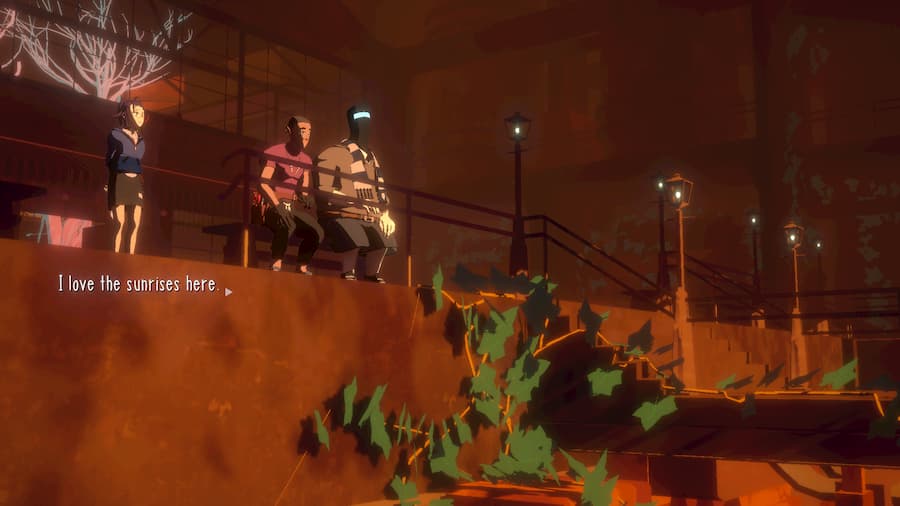 In order to unlock the fragments of lore between each of the chapters, players will want to collect keywords that occur during the main story. These words will appear in orange and can be clicked on, which will bring up a related footnote. The game never makes it clear that this is a mechanic, however; I only figured it out by clicking on a word accidentally. I’ll definitely be going back to replay the first two chapters to gather the words I missed.

When you reach the end of a chapter you’ll be able to pick and choose from the words you gathered to collect more details about whatever it relates to. “Knives” for example, could relate to Ashley, the genius little girl who’s into robot fighting and throwing knives at anyone who takes her off guard. “Necromancy” could apply to Maddy who practices it on a not-quite-legal basis. You’ll take these keywords with you back into The Terminal and use them to unlock those little bits of lore. This means that, depending on your choices, your playthrough might reveal different slices of lore than someone else. But if you collect the right keywords and look in the right places, you can likely grab them all in a single playthrough. 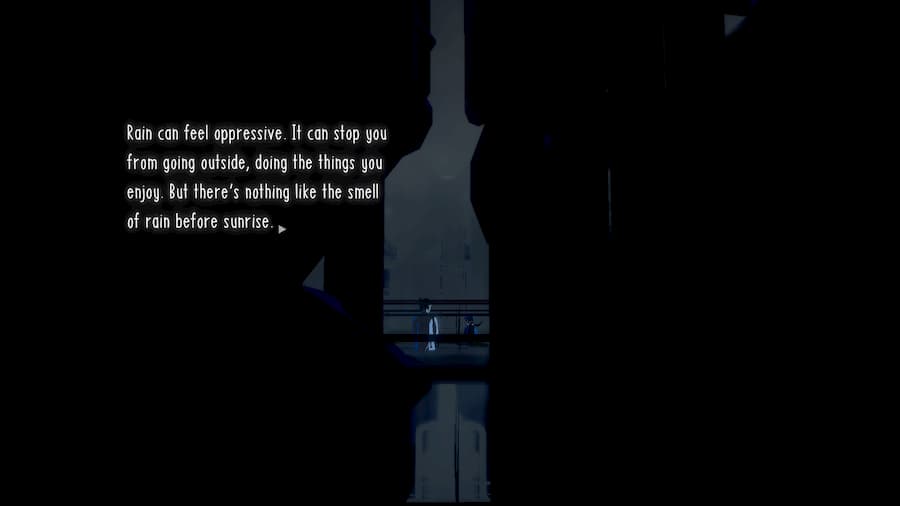 “Its gameplay and visuals are both fantastic, but Necrobarista’s biggest strength comes from the story that it tells”

Its gameplay and visuals are both fantastic, but Necrobarista‘s biggest strength comes from the story that it tells. Its characters, while often fantastical, are relatable and are struggling with the skeletons in their closets, just like the rest of us. And they’re all connected to each other through these struggles. The fact that Necrobarista manages to portray that so well, and get the player completed invested in such a short amount of time, is no small feat. The writers deserve as much praise as they can get – and then some.

Necrobarista is what a good cup of coffee should be: warm, a little nutty and exactly what you crave. It leaves a lasting impression. Its characters are lovable and relatable; its story covers a deeply complicated topic with humour and charm; and the world is so well-crafted and intriguing that it could easily tell a thousand more stories. Add to that an excellent soundtrack and gorgeous art style, and it’s unlikely you’ll find another visual novel that compares to Necrobarista.

Necrobarista is available on PC. We reviewed the game with a code provided by the publisher.

Top up your Steam Wallet at CD Keys to purchase Necrobarista