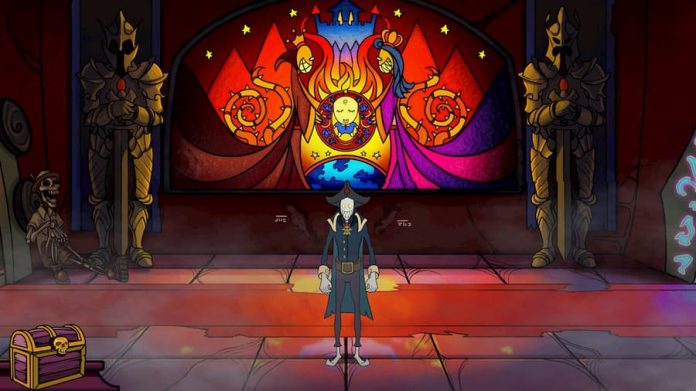 Forget about Guybrush Threepwood. Cid is your hero now.

Darkestville Castle is a point and click game made very much in the vein of the Monkey Island series. Except rather than a hapless pirate, your protagonist is Cid, a skeletal demon. He’s got a similar energy though, and the game is reminiscent of Curse of Monkey Island at every turn.

The best one, in case there was any doubt.

Cid isn’t your typical hero. His dark and foreboding home is filled with traps and signs of his evildoing. In his basement, for instance, is the skeleton of a previous victim. And his hallway has handy switches to allow him to release the wolves, or open a dastardly trapdoor, on unsuspecting visitors. With his unwavering enthusiasm for evil and his all-too-frequent monologues though, it’s hard not to love him, evilness and all.

However: trouble is brewing in Cid’s nefarious world. His meddlesome neighbour, the stout and annoying Dan Teapot, is onto him – and has employed a group of demon hunters to try and rid Darkestville of Cid forever. 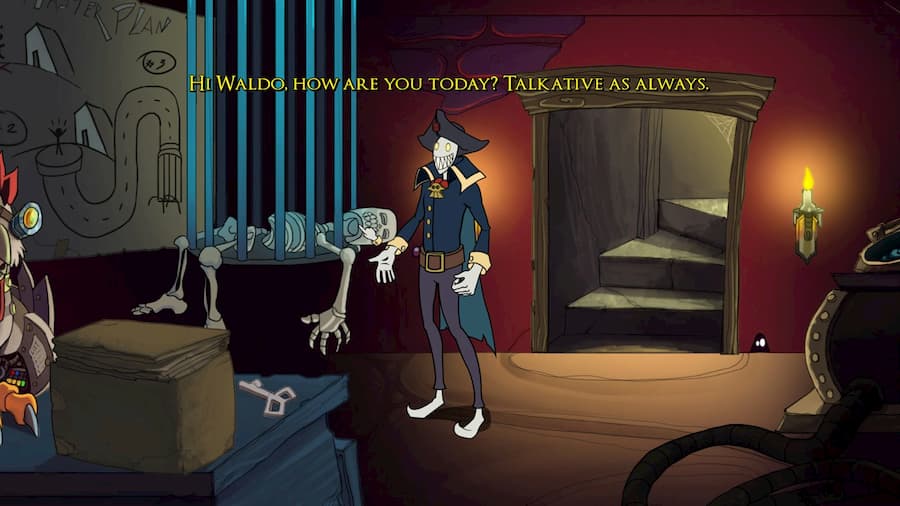 The free demo of Darkestville Castle, currently available on Xbox One as part of the Summer Games Fest, allows us to play through the first 20 minutes or so of the game. It’s short, but it’s enough to get a taste of what to expect from the game. It introduces Cid’s infectious personality, his enemy Dan, and the type of gameplay you can expect. It’s a traditional point and click game through and through; in the vein of the classics, you’ll be exploring your environments, gathering items, talking with NPCs and solving numerous puzzles.

The demo takes place within the titular castle – Cid’s home – and allows us to explore a few of its rooms. Cid’s bedroom has some nooks and crannies to poke around in, and the hallway – complete with its huge, weird fish in a tank – sets the scene nicely. But it’s in the basement, where Cid is tasked with fixing his trapdoor mechanism, where the heart of the short demo lies. Once the mechanism’s up and running, the demo comes to an abrupt halt – but it’s enough to sell us on this charming adventure. 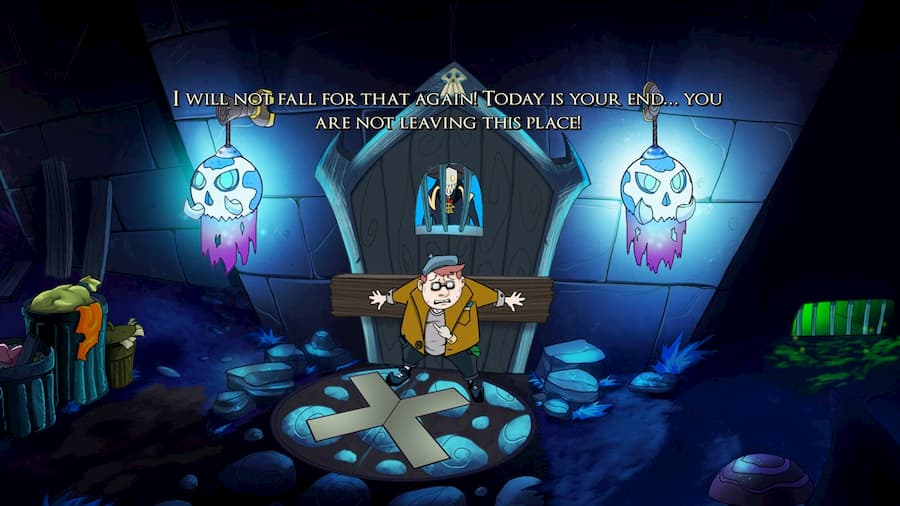 Its Monkey Island inspiration is plain to see, but Darkestville Castle is far from a copycat adventure. It oozes charm all of its own, and it promises a story and gameplay that should tempt any classic point and click fan. If that’s you, this game really ought to be on your radar.

If you want to try Darkestville Castle yourself, its demo is currently available for free on Xbox One, where it’ll be getting a full release soon. If you don’t want to wait, it’s available on Steam.