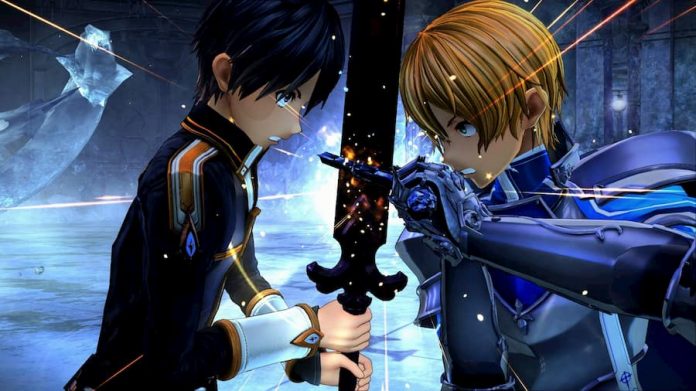 Alicization Lycoris… What does that even mean?

Don’t hurt your brain trying to figure it out. All you really need to know is that Sword Art Online: Alicization Lycoris is the latest game entry in the hugely popular franchise, based on the third season of its anime. So, if you’ve already watched Sword Art Online: Alicization, the story here won’t surprise you one jot. And if you haven’t, well good, because the story is quite possibly the best thing about the game.

In Sword Art Online: Alicization Lycoris, Kirito is your typical hero suffering from amnesia. Or is he? Either way, awakening in a strange new land, he quickly makes friends with a nice fellow called Eugeo, and it doesn’t take long for them to head out on a grand adventure. Their aim? To find Eugeo’s childhood friend Alice, who went missing many years ago. Although of course, with twists and turns aplenty, there’s much more to the game’s story than that.

“The gameplay is fun overall, if not a little bewildering”

An action RPG, Sword Art Online: Alicization Lycoris has all the ingredients you’d expect. There are quests to accept and complete, equipment to obtain and equip, a levelling system, a wide variety of skills, and so on and so forth. The gameplay is fun overall, if not a little bewildering; Sword Art Online: Alicization Lycoris‘ tutorials and tips are unhelpful for the most part, forcing you to figure most things out for yourself over time. It can also be hard to follow optional quests at times, with little to point you in the right direction.

Combat plays a large role, of course, and it’s reasonably enjoyable. Playing out in real-time, those who like action games will be in their element. Taking control of a single party member, you can block and dodge attacks, with skilful timing of both being rewarded. And when on the offensive, your basic attacks are complemented by a wide range of skills as well as powerful arts. You can issue commands to other characters in your party, too, as well as define how they act. Combine their skills with yours and you can do massive damage to even the most hardiest of foes. On the whole, Sword Art Online: Alicization Lycoris‘ combat isn’t the tightest or most refined, but it does the job. 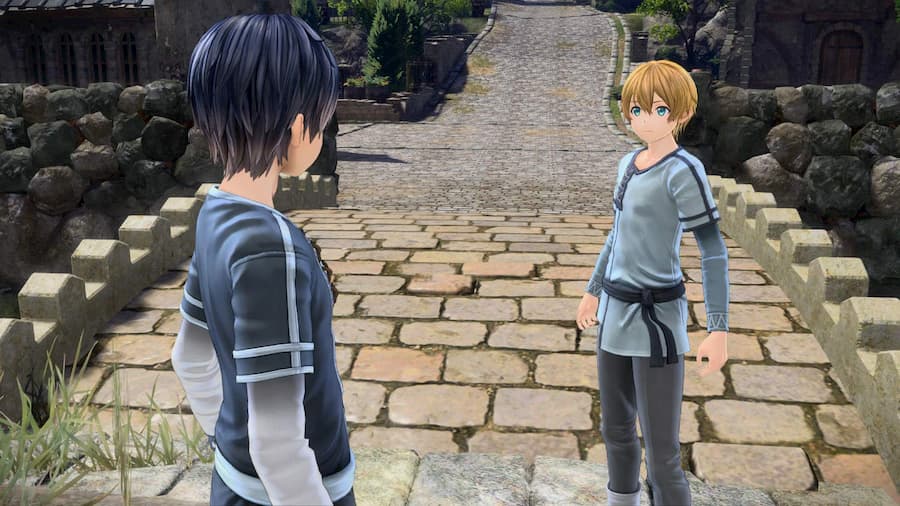 Sword Art Online: Alicization Lycoris‘ gameplay would be far more enjoyable, however, if it wasn’t stunted by poor performance. The game’s framerate fluctuates between being simply acceptable to utterly atrocious, often making it uncomfortable to play. And you can’t blame it on the eye candy; Sword Art Online: Alicization Lycoris isn’t a total eyesore, admittedly, but it can hardly be described as a great or even good-looking game. And then there’s the length and frequency of loading screens to consider; technically, there’s little to be positive about.

The loading woes feed into Sword Art Online: Alicization Lycoris‘ biggest problem, too: its poor pacing. There’s a solid story at the heart of the game, but the way it’s presented sometimes makes it hard to be motivated to uncover it. There are simply too many dull dialogue scenes, often broken up by numerous loading screens to make them even more tiresome. And then you’ve got a save system that’s frustrating and archaic to also deal with. Basically, Sword Art Online: Alicization Lycoris autosaves, but horribly infrequently. You can easily lose a lot of progress if you turn the game off without making sure it’s saved, manually. Dying in a boss fight can also take you back a fair distance.

Eventually Sword Art Online: Alicization Lycoris does open up a little, giving you more freedom and more control over its pace. At that point, some ten hours plus into the game, additional features become available as well, such as online multiplayer. The problem is, by that point, you might have already been utterly turned off by it all. It’s just perplexing, really, that developer Aquria Co., Ltd thought that presenting the game the game in this way was a good idea. A lot of fat could have been trimmed in the game’s earlier hours, allowing you to get to its better stuff a lot quicker.

If you’re a huge Sword Art Online fan, or are simply after an expansive JRPG to sink your teeth into, you will get some enjoyment out of Sword Art Online: Alicization Lycoris. It requires some patience and persistence, however, and you’ll still be far from impressed by it. Poor performance hampers its gameplay, while long and frequent load times in conjunction with poor pacing often make it feel like a slog. So many times, especially during the first chapter of the game, you’ll be itching for some action only to be hit with an hour or more of story scenes. Eventually, you might be tempted to just drop it and play something that treats your time more respectfully.

Sword Art Online: Alicization Lycoris is available on PS4, Xbox One and PC. We reviewed it on Xbox One X with a code provided by the game’s publisher. 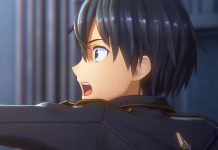 How to Save Your Game in Sword Art Online Alicization Lycoris