1Must-play indie games on Xbox One

“Indie” is a term that gets harder and harder to define.

Generally, we take “indie” to mean a game from a small studio; something that hasn’t been developed or published by Ubisoft, Sony, Activision or the likes. But that line forever gets blurrier. The titles one person considers to be the best indie games on Xbox One might not be considered indie at all by another person.

That’s because it’s pretty much impossible to give a firm definition to what makes an “indie game” these days. Unravel, for instance, is a game made by Coldwood Interactive. Coldwood’s a Swedish development company that was founded by five people. That sounds pretty independent, right? But then Unravel was published by EA Originals, a branch of EA set up to publish and support smaller developers. Unravel surely isn’t an ‘indie’ game, then, with a big publisher attached to it. Or is it?

Generally, we consider an “indie” game to be one that’s been created by a small team or company separate from a large, AAA corporation. We’ve tried to be consistent in the games we’ve chosen on this list, even if some of them may have gone on to be published by bigger studios.

But let’s not get bogged down with semantics. Here are the best indie games on Xbox One; those made by smaller devs and published by smaller companies that deserve just as much love (or more) than the triple-As. 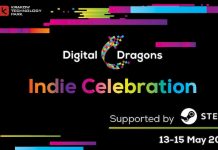