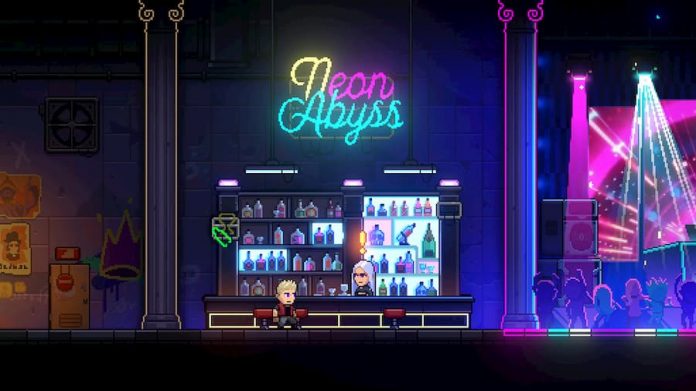 Jumping into Neon Abyss for the first time? These tips will help you out along the way.

From Team 17 and Veewo Games, Neon Abyss is a fast-paced Rogue-like platformer that wants to test your skill. Every time you play, the enemies, rooms, power-ups and challenges you face are random, but one thing always remains the same: you need to keep your wits about you.

It can be tricky at first, but after a while you’ll find your own rhythm and hopefully you’ll find it easier to get further and further into the dungeon each time. And failing that, the below tips should help you out.

The great thing about finding a new gun is that you get to try it out. But don’t hesitate to switch back to your old one if you prefer it. While Neon Abyss packs in plenty of weird and wonderful guns, they’re not necessarily better than your default weapon. The Seagull, which you start out with, can be a formidable gun with a few upgrades. By all means test out any other weapon pick-ups that you come across, but don’t assume just because it’s new and sounds fancy it’s actually better than what you have.

Many weapons come with sometimes-useful bonus skills, like the ability to use crystals to level it up in one room, or use a dodge roll. But the trade-off often comes at the cost of a less effective weapon. See what works for you, and switch back to your previous gun if you need to before leaving the level.

Don’t head straight for the boss

You’ll know when you’re about to head into a boss fight in Neon Abyss; you’ll be faced with a red door with a demon’s head above it. Don’t go through until you’ve explored everywhere else in the level. You could be missing out on upgrades, pets, hearts and shields that could massively help you in your fight.

Go back for collectibles before heading to the next level

You may find hearts or crystals in a room that you can’t pick up because you’re already maxed out. Those pick-ups don’t disappear; they’ll stay there as long as you’re still in the level. So if you lose health after defeating the boss, or in a particularly tough room, spend a bit of time back-tracking to pick up anything that’s still laying around.

Always save at least one key

In each level of Neon Abyss there’s always a treasure room; a golden door that leads to a free upgrade. On the first level you can access the room for free, but after that, you always need a key to get into it. Don’t be tempted to unlock every chest you come across if it means you’ll have no keys left. Always prioritise the treasure room on each level. By all means, use extra keys on those chests – but try to have one key for each level left over.

You don’t have to pick up every upgrade

You’ll probably want to grab every upgrade and pick-up you see for your first few runs of Neon Abyss. For the most part, they’re helpful. By themselves, no pick-up is detrimental, but depending what else you have, they can be. Take the popcorn pick-up for instance; it makes your bullets explode. Sounds great on paper, and it means you can blow into rocks and secret areas without needing a grenade. But if you have another upgrade that gives you bouncy bullets or similar, it’s a recipe for disaster, making it impossible to avoid your own explosions. You’ll die in no time. And once you’ve picked something up, you’re stuck with it.

Once you become familiar with some of the upgrades – and you will, over time – always think twice before picking them up. And failing that, you can also check our extensive item guide to see if the item you’ve come across is something you want.

Grenades are often rare in Neon Abyss – which is a shame, because they’re a useful item to have. With them, you can blow through walls to find hidden rooms, and blow through rocks to reach chests and items. Don’t be tempted to use them on the first thing you see though. It’s wise to run through the level first and see what options you have. You want to use them in areas that seem like you’ll get a bigger reward. Secret rooms are the way to go – with a permanent upgrade, you’ll also be able to see where they’re located thanks to a glowing mark on the wall.

After a run through the Neon Abyss, you’ll be able to spend your gems on permanent unlocks. You’re limited as to what you can choose to begin with, as you make your way through a tree unlocking new items, characters, special rooms and rules. The latter two are going to make the most difference to your game. Special rooms add in new types of rooms to dungeons, including mini-games and opportunities to get upgrades and items. Rules add new and useful features to the game, such as the aforementioned marks to highlight where hidden rooms are. It takes some time to unlock most of them, but always aim for these rather than characters or items.

Neon Abyss doesn’t take itself too seriously – so you shouldn’t either. You’ll likely die easily on your first few runs, but don’t lose hope. Jump back in and try again. How well you do will likely depend on the random selection of items and upgrades you’re given. So keep trying, and enjoy what the game throws at you. There’s a lot of fun to be had, and the more you play, the better it gets.

More from the Abyss: 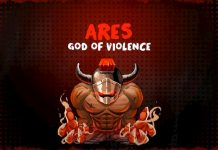 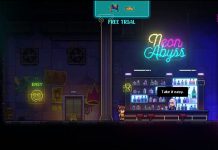 How to Unlock Characters in Neon Abyss