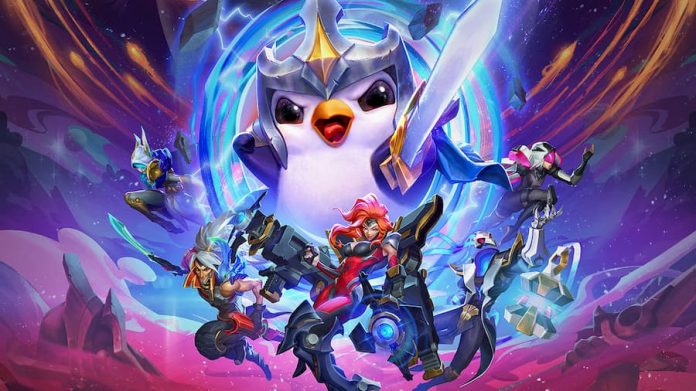 Teamfight Tactics has been a surprise hit.

Riot, known primarily for its overwhelmingly popular MOBA League of Legends, tossed its hat into the autobattler ring last year – and blimey, what a great game it has made. Teamfight Tactics has become a huge hit, with many players joining in the fun from outside Riot’s already large fanbase.

The fact that you can play confidently on your phone makes the appeal of Teamfight Tactics even greater. It helps that despite this move to mobile, no pay-to-win mechanics have been introduced. It is all about skill. Many new players will spout luck, but veterans of Teamfight Tactics know that you create your own luck.

Here are some top tips to do just that.

The first thing that will make you improve at Teamfight Tactics is being acutely aware of the champions that are available and how they interact with each other. Often, a strong unit is only powerful if they get a buff from being with other units with the same traits. Your brawler isn’t going to tank damage without the extra health from other brawlers; and your sorcerers are much more effective with other sorcerers that boost their magic damage.

While there are plenty of sources out there to tell you the best champions and the best compositions (or “comp”) of units and items, it’s not always useful. The meta of Teamfight Tactics changes constantly; the best synergies one week might not be so great the week after. Changes to the game tend to come every Wednesday, so be mindful of this. Always be aware of the traits your champions have and what else you can put into your force to add that bit more.

Cue memes of Ross from Friends. It’s easy to start your Teamfight Tactics game with a certain comp in mind, but being willing to change up your gameplay is a recipe for disaster.

The best players will anticipate the need to pivot from one synergy to the next, and will be ready with various pathways in mind looking for the right champions and items to turn up in order to force their hand. Be like any good palaeontologist and dig deeper.

As you play through Teamfight Tactics, you will realise that the more units you have on the board the more powerful you can become. This isn’t down to sheer numbers alone; it’s also because you can take advantage of more powerful and greater number of trait synergies that you wouldn’t have been able to before.

But there are several questions that you will need to ask yourself before you level up:

Gold is your only resource, so maximising your ability to earn it and being efficient in spending it will make you a better player. Let’s talk about obtaining gold.

You get money at the start of each round. You start with a base of gold four (after stage one) that is increased by two factors. You get one more gold per turn for every 10 gold you have saved, up to a maximum of 50. This is your ‘interest’ and is represented by those funky things at the side of the map. You also get extra gold for your streaks; by either being on a winning or losing streak will increase your gold. For two or three wins/losses, you get one extra gold; for four wins or losses you get two extra gold; and for a streak of five or more you get three extra gold. You also get an extra gold at the end of every round you win.

Using this knowledge you can easily bulk up your bank balance and have more to spend. It’s helpful to float at this 50 mark, making sure you get that extra five gold no matter what. But there are times you will need to spend it, and you shouldn’t be afraid to do so.

It’s not just levels you will spend your money on, but also champions. Finding the right champion for your team is crucially important – as is upgrading them to two and sometimes three stars. You will often have to spend gold to find them in your shop.

We mentioned earlier that there are certain levels where certain units are more likely to turn up than others. One cost units turn up more at early levels, and five cost champions don’t turn up regularly until the late game. If you think that having a two or three-star unit is going to be more effective than levelling, then it makes sense to spend your reserves on rolling your shop to find them.

However: don’t do this just for the sake of it. Just because you have rolled a few times doesn’t mean you are any more or less likely to see the champion turn up the next time you spend gold to roll. Set yourself a limit to how much you are willing to spend on finding that champion and stick to it, otherwise it can ruin your economy later in the game.

It is also worth being aware of what other people are doing. If a lot of other players have similar compositions to you and are using the champion you’re trying to find then it makes it less likely for you to come across them. In that case you may need to PIVOT.

Items are often the line between winning a Teamfight Tactics game and coming dead last. They don’t come around often and when they do they need to be utilised properly.

When using items, you want to maximise the utility of the champions you have. Many compositions work in various ways, but most will have a few units that are key to their strategy and require the right combined items in order to facilitate their role. If you have the right items, excellent! It’s okay to use them on champions that you will replace, as that can give you a tiny edge while you wait for the higher cost champions you need. However, it can be risky if you need to switch up your playstyle.

It’s likely that you’ll not get every item you’d like. This is where you have to judge whether or not you can still get your composition to work. Some items can fill in for each other; a deathblade may do the job of an infinity edge if you just need plain extra damage for example. However, often you will have to play to what you have and not what you would like and that means one thing: PIVOT!

The last few tips have been about how you use your money and items and what you are willing to spend to get that advantage. One other factor you do need to concern yourself with is your overall health. Is losing, for the sake of money, worth it? Do you have enough health to justify it?

On the other hand, is it worth spending all your economy right away to maintain a lead in the short term when it would be better to save some cash to use in the late game? Again, the answers to these questions are situational but are worth bearing in mind.

Positioning can single-handedly win or lose you a round, regardless of your composition. Make sure your best tank units are at the front ready to soak up the damage, while your weaker units are at the back. It’s also worth making sure that you get the best out of your champion’s ultimates; if a champion’s ultimate does damage in a straight line, perhaps put them in a corner so they hit as many targets as possible.

The hardest thing to do is to watch your opponents, scanning if they have any units or items that will affect you based on their positions. You don’t want your strongest units to get stunned, and this can be avoided by looking at where your prospective opponent is putting their units and countering them. You can also be aggressive with your positioning, using items and units to line up with your opponents’ best champions in order to take them out of the battle quickly.

It isn’t the best composition that wins the game; it’s the composition that beats its opponents. Too many people who are in the prime position to win the game lose in the last few rounds as their composition is weak to the last opponent standing. Their mistake is that they focus on themselves and not on their opponent.

Remember this isn’t The Sims; you are not playing for the prettiest or most organised composition – you are playing to beat your opponent. If they are destroying you with magic damage, think about putting the mystic bonus in to boost your magic defense. If you are being destroyed by one unit, then it’s worth getting a Zephyr or stunning them through other means. Your positioning should be based on how to best kill their champions off.

The best players of Teamfight Tactics don’t get content with their composition; nor do they leave their units as they are round after round. They are constantly thinking about their opponents, and what they need to do in order to beat them. Should they spend or save their gold? If they spend it, what should they spend it on? The pros chop and change and are constantly on their toes, and you should be too.

Riot is never static, with Teamfight Tactics receiving updates regularly. You need to be quick to keep pace with every tweak. 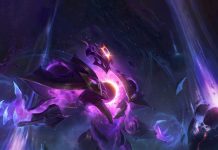 How to Get Items in Teamfight Tactics 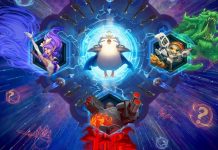 How to Combine Items in Teamfight Tactics 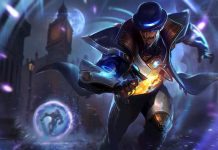 Teamfight Tactics: How to Upgrade Champions and Get Three Stars