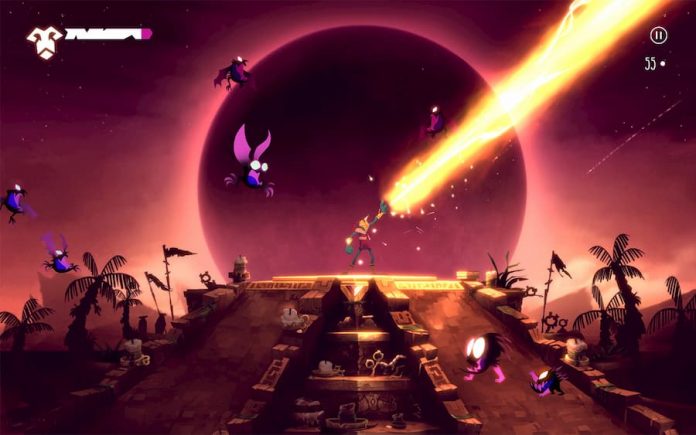 Towaga: Among Shadows tells your typical story of the forces of light overcoming the darkness.

A dark force called Metnal the Voidbringer has unleashed his Legion of Darkness, corrupting some of your friends. And so of course you’re going to take action; you have the power to fire a beam of light from your hands, after all. Cue stage after stage of arcade shooter action as you decimate dark creatures that come at you from all sides.

Story mode is the main focus of Towaga: Among Shadows, with the game’s narrative split across two parts and over 80 stages. A third part is also set to be added at a later date. Two difficulties are available for the first part – Challenging and Normal – while the second part doesn’t give you a choice; you either get good or get fed up of trying. Towaga: Among Shadows isn’t that hard overall though, at least not when you’ve powered yourself up. It just feels somewhat messy at times.

“For the most part, Towaga: Among Shadows can be described as a one-stick shooter”

For the most part, Towaga: Among Shadows can be described as a one-stick shooter. For most stages you find yourself rooted in place, forcing you to aim your beam of light at enemies as they encroach. If they reach you, chances are they’ll do some damage, so you need to prioritise and eliminate your targets effectively. There are many enemy types, too, each with their own quirks and methods of attack

Should the situation get a little too hairy, you’ll be thankful that you have magic at your disposal. At the start of the game you only have control over the wind, allowing you to push back enemies with a blast should they get too close. As you progress, however, you unlock more spells, allowing you to freeze enemies, pelt them with fiery bullets, and even drain their health. It’s just a shame you can’t change your magic spell on the fly; you have to do it in a menu between stages. 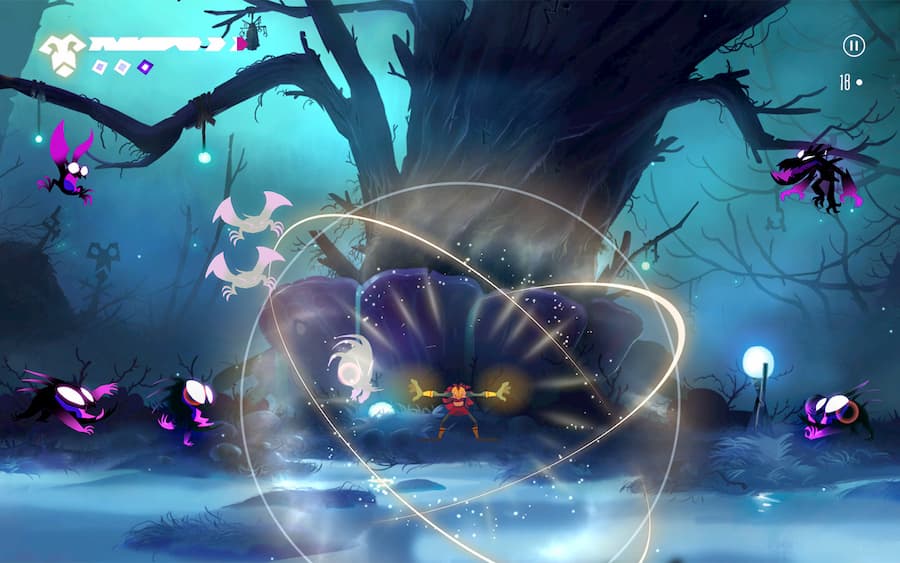 “Once you’ve played ten or so of Towaga: Among Shadows‘ stages, you’ve pretty much seen all it has to offer”

Every once in a while your hero of light decides to take to the air for a stage or two, and that’s when Towaga: Among Shadows turns into a twin-stick shooter. You can freely fly around a small arena, evading enemies while blasting them with your light beam, but you lose the ability to cast magic. Still, these moments are the highlight of the game, simply because you have more control.

There’s the odd boss encounter in Towaga: Among Shadows too, which are also enjoyable. And as you defeat stage after stage of dark creatures, you amass shards which can be spent on character and spell upgrades, as well as new outfits that provide a range of bonuses. But after two or so hours of play, you’ll have probably completed the game’s story mode. Chances are you’ll have probably got fed up with its gameplay an hour or so before though; it’s just so repetitive. 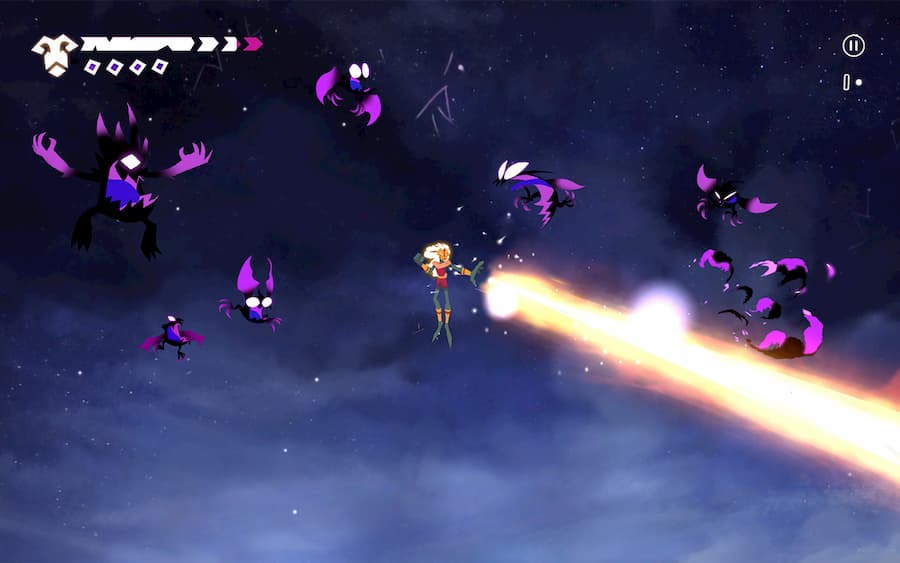 Despite there being numerous enemy types, they just don’t add much variety or fun to the game, and the spells don’t bring much joy either; they’re quite samey, and mainly just act as a get out jail free card when you get overwhelmed. And so once you’ve played ten or so of Towaga: Among Shadows‘ stages, you’ve pretty much seen all it has to offer.

“Towaga: Among Shadows admittedly looks fantastic, but it just isn’t enough to pull it out from the realms of mediocrity”

There is more to Towaga: Among Shadows than just its story mode, however. A survival mode lets you test your mettle either on land or in the air, and there’s also a local competitive multiplayer mode for 2-4 players. Neither are likely to keep you going back for more, but they might let you eke a further hour or so of fun out of it.

Towaga: Among Shadows admittedly looks fantastic, but it just isn’t enough to pull it out from the realms of mediocrity. Its gameplay doesn’t excite in the way that it should and it grows stale too quickly, so it’s a struggle to recommended it even at its modest price. Still, if you ever spot it with a decent discount it might be worth picking up just for its sumptuous art and initial rush of unique gameplay.

Towaga: Among Shadows is available on Switch and PC. We reviewed the PC version with a code supplied by the game’s publisher.