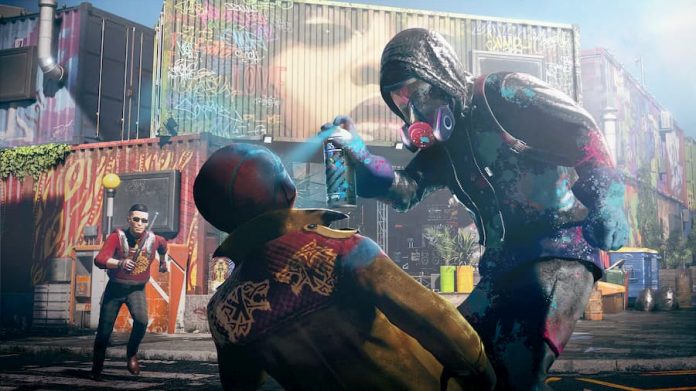 Originally scheduled to release this March, Watch Dogs: Legion was delayed indefinitely earlier this year. But it has a release date once again: 29th October 2020.

This time set on the streets of London, Watch Dogs: Legion leaves behind the idea of a central protagonist. There’s no Aiden Pierce or Marcus Holloway in sight; the game promises you can “play as anyone”.

You’ll recruit members of the public to your cause, allowing you to control them and use their skills to complete specific missions. Everyone has their strengths and weaknesses, and recruiting an army of randoms allows you to exploit that.

In the gameplay trailer – which you can see below – we saw a workman get recruited. His on-hand tools allowed him to gung-ho his opponents with brute force.

But if stealth’s your preferred route, then a technology specialist with a suite of drones might be preferable. Or infiltrate from the inside; if you manage to convince an employee of the enemy to work with you, you’ve got direct access into their HQ, no questions asked.

The freedom that Legion seems to offer is unparalleled with almost anything. It’s a hugely impressive scope, and one we hope will pay off. London’s a beautiful and eclectic place, and from the glimpses we got of Legion‘s environments, it seems it may well do the city justice. We certainly can’t wait to hack the huge screens in Piccadilly Circus.

We don’t have to wait too much longer, either. Watch Dogs: Legion is coming to PC, PS4, Xbox One and Stadia on 29th October. It will also become available on PS5 and Xbox Series X as those consoles launch.