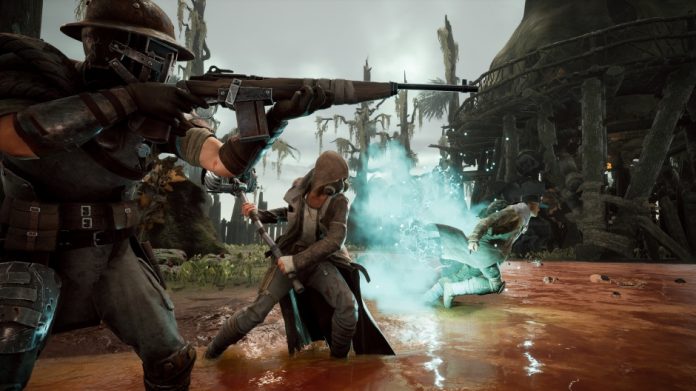 Everyone wants to get their hands on great games. Especially when they’re free.

Each week, Epic Games Store gives players a select of free games to redeem. Last week, that free game was Remnant: From the Ashes – and it was redeem over 10 million times. That’s no small number!

Developed by Gunfire Games, Remnant: From the Ashes is a third-person action game set in a post-apocalyptic world. As one of the last remnants of humanity, it’s your job to try and reclaim what was lost from the world by facing off against a host of deadly monstrosities.

The game first launched on Steam and consoles in August 2019, where it was somewhat well-received. We reviewed it at the time, giving it a “good” 7/10. However, we closed our review with: “As a base to be built on, Remnant: From the Ashes has a lot of promise. In a year from now, I can imagine it being truly excellent.” We don’t claim to be prophetic, but it is now a year later, and Remnant really is truly excellent.

A lot of work has gone into the game to fix its initial problems, and along with the addition of new DLC – including the recently-released Subject 2923 DLC – it’s hugely improved since launch.

Remnant launched on Epic Games Store on 13th August, being free to keep for its first week. The fact that 10 million people claimed the game speaks volumes; not just about the success of the game, but the power of giving titles away for free. It’s a huge success for Gunfire Games, whose playerbase has grown exponentially in the space of seven days. That’s a lot of new players to purchase the game’s DLC, for starters.

The games currently free on Epic Games Store are Enter the Gungeon and God’s Trigger. Starting August 27th, the free games will be Hitman and Shadowrun Collection.

Keep an eye out every week for more free games on the Epic Games Store.