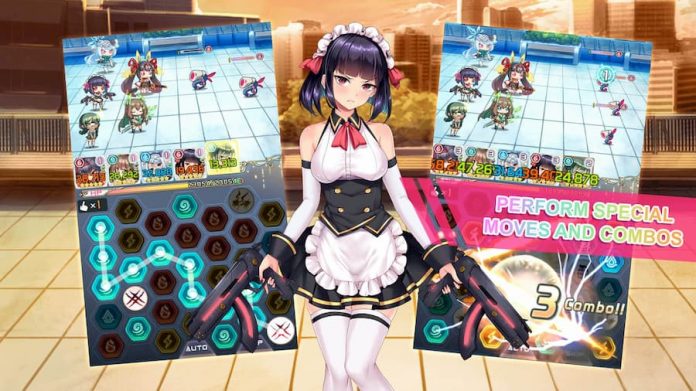 In recent years, anime and anime games have gained popularity around the globe.

The hiking popularity of Japanese animation has resulted in a boom in the introduction of anime shows and games. One such recently launched game is Project QT. The game has quickly gained popularity since its release.

As compared to a decade ago, when anime was considered to be a very niche interest, today anyone can easily access anime thanks to the likes of Netflix and the boom in publishers releasing games based on anime in the west. Now, anime has an absolutely massive fanbase all around the world

The popularity of anime can be measured from the amount that the animation industry makes each year: $19 billion every year.

What is Project QT?

Project QT is the latest production of Nutaku. It is an adult-oriented video game that is free to download on Android.

The game revolves around a sexy team squad that is assigned the task of destroying a deadly virus that has entered their world through a rift due to a failed black hole experiment in the Arctic.

The player has to create their own team of girls to fight with this virus. All of these gorgeous ladies are equipped with different strengths and weaknesses. Therefore, the player has to carefully choose a combination of these girl powers to form an invincible team.

Here are some fascinating features of Project QT:

As we’ve established, anime is hugely successful around the globe – and that success is only growing greater. The popularity of franchises like Doraemon, Naruto, Dragon Ball and Pokémon make the once-niche interest something that’s widely accepted as a part of western pop-culture.

Many of these franchises have been turned into games – often multiple games. The likes of One Piece and Naruto have several video games based on them. Their appeal is so wide that players don’t even have to be fans of the anime to enjoy playing.

Why are anime games so popular?

Is anime itself more popular than anime games? We don’t think so. Anime games have a unique appeal all of their own. You might enjoy a game because it’s based on an anime franchise you enjoy – or perhaps you’re a gamer who enjoys the genre. There’s a lot to love about anime games; we’ve listed some of the reasons below:

If you’re yet to enter the realm of anime games, perhaps that’s been enough to tempt you to dip your toe in. If you do, don’t forget to download Project QT for free on Android to join your kick-ass squad trying to rid the world of a deadly virus.