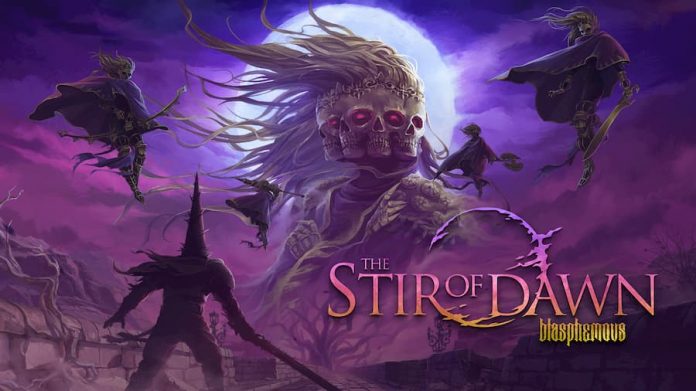 We loved The Game Kitchen’s Blasphemous when it released last year.

A challenging and haunting metroidvania, we awarded it an outstanding 9/10 in our review, and now it’s just got even better. The latest update for Blasphemous, called The Stir of Dawn, is effectively free DLC, adding additional story content to the game and more. It’s available now on PS4, Xbox One, Switch and PC.

To access the new story content in Blasphemous with The Stir of Dawn update installed, players need to complete the game and unlock New Torment Mode. It’s essentially new game plus, offering a greater challenge while also tasking players with taking down the five Amanecidas. Needless to say, it won’t be easy, but encountering new characters along the way will make it worthwhile.

A new penitence system is part of The Stir of Dawn update too, allowing players to choose from three penitences that alter the gameplay experience. By choosing the Bleeding Heart penitence, for example, the player’s health bar is changed into a set of stocks, with all damage received reducing their stock by one. Additionally, enemies also respawn when entering rooms. The penitence system is optional, but will allow players to switch up the gameplay and keep it interesting.

Finally, The Stir of Dawn update also adds new areas to the game, a new map system, and more warp points. There are new items, too, as well as additional executions, the option to play with Spanish voice acting, and gameplay tweaks. Basically it improves nearly all aspects of the game, so if you still haven’t played it, there’s never been a better time. And if you have played it, it might be time to boot it up once again and either finish it or try out New Torment mode.

Check out the trailer for Blasphemous: The Stir of Dawn below.