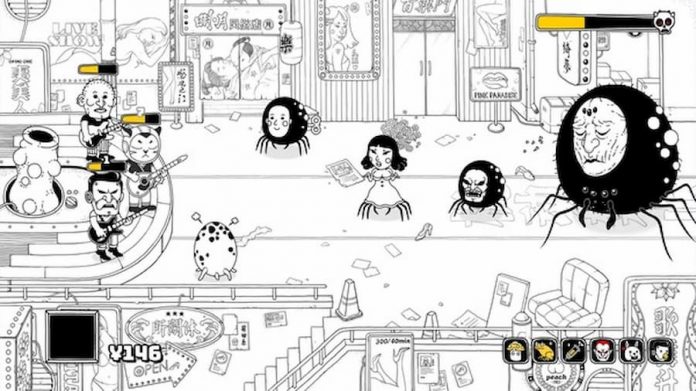 Sure, it’d be nice to have people following me from city to city, listening to me play music and asking for my autograph. And of course it’d be something special to release an experimental three-part EP including the musical stylings of drummer Miko playing nothing but tambourine. But if Cruel Bands Career is any indication, then it isn’t all it’s cracked up to be.

Cruel Bands Career from developer heran&99 is a strategy puzzle game that has you taking control of three band members as they perform in front of a crowd. You’ll have to keep track of what kinds of audience members are coming and how your band is feeling during each performance.

This is one heck of a bizarre game right off the bat. The tutorial has players controlling the three band members as they attempt to please an incoming crowd. It teaches you all of the gameplay mechanics – and there are many to learn – but it doesn’t take the time to really explain things thoroughly. You’re going to be on your own, using a lot of trial and error, to figure things out right from the start. 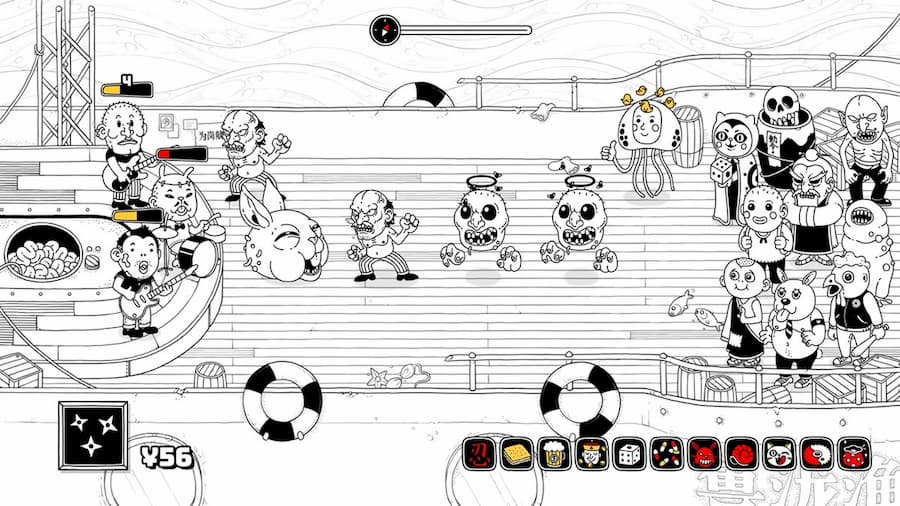 “Once you get the hang on things, Cruel Bands Career gets really fun and interesting”

That being said, once you get the hang of things, Cruel Bands Career gets really fun and interesting. Essentially, each member of the band has their own health bar, and each member of the crowd that approaches one of the three members in three lanes – picture something like bowling alley lanes moving left to right – will either be good or bad. If a band member makes contact with a good member of the crowd, they gain health – but the other two band members get jealous, and lose a little of their health. If a band member makes contact with an angry concert goer, their health is reduced. If any band member’s health bar reaches zero, they explode and you have to start the level over. Each band member is also equipped with their own special abilities to help combat particularly rowdy audience members.

That’s all easy enough to learn and master, but it’s when the audience starts gaining special abilities that things get more complicated. Many audience members won’t just be good or bad; they’ll also have status effects applied to them that can affect the band in various ways. The dizzy status effect, for example, inverts the effects of the audience; if a team member is dizzy, a happy fan will instead have a negative effect. Some audience members will even give the band money or items. Money can be used to buy useful items, such as food to replenish bandmates’ health, or items that destroy all of the audience members in a row. There’s also the occasional audience member who looks like a keyhole; if you allow them to reach the band, you’re transported to another room where you can play short mini games to earn food or items for the band. 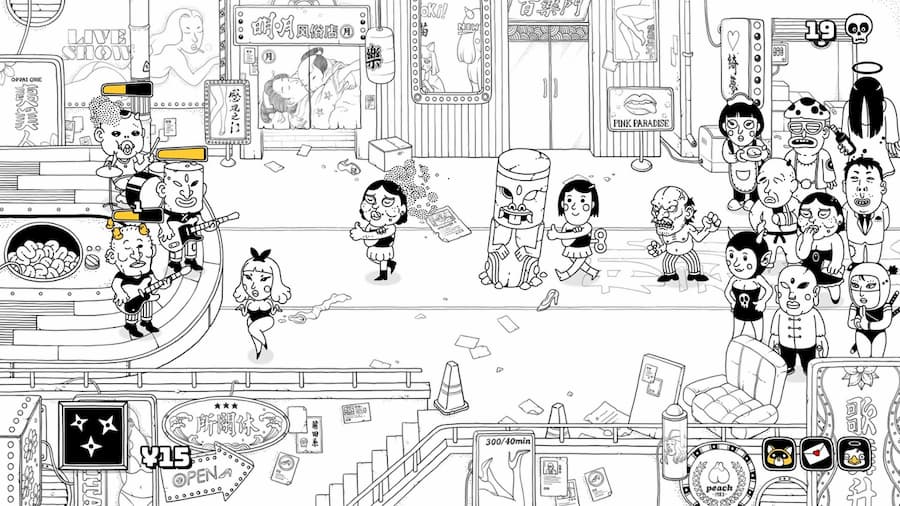 For the first half hour or so, you’ll likely find yourself really enjoying the challenge that comes with each new status effect or game mechanic you have to learn. But after a while, the challenge becomes incredibly difficult. It’s extremely hard to keep all three band members healthy while keeping track of who is interacting with good and bad audience member. There are so many mechanics happening all at one time in any given level that trying to keep up is mind-boggling. The full scope of the amount of status effects, abilities and characters packed into Cruel Bands Career is impressive, but they’re difficult to juggle all at once.

If you’re not shy about a tough challenge, Cruel Bands Career is a creative and interesting little game worth picking up. I can’t say I’ve ever played a puzzle game like it; its unique art style alone is a pleasure to look at. With plenty of levels and content to enjoy, it’s a bargain considering its sub-£4 asking price – even if you have to give up because it gets too overwhelming.

Cruel Bands Career is available on PC and Switch. We reviewed the game on Switch with a code provided by the publisher.