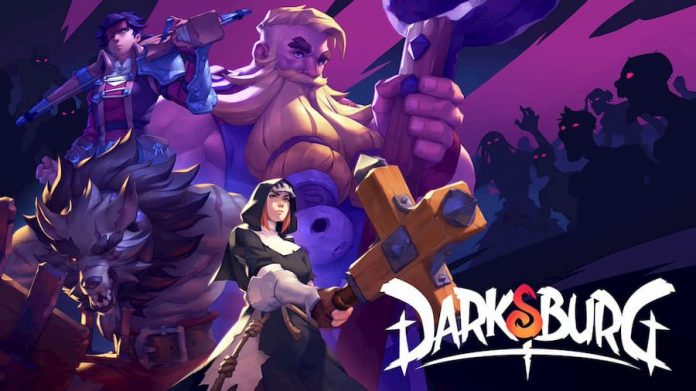 It’s been a long while since a game humiliated me this badly, but four minutes into playing Darksburg I was cringing with embarrassment.


It’s not entirely Darksburg’s fault, though. This zombie-killing hack ’em-up has been built with co-op in mind, so when I added an AI player, I was immediately outclassed. I was running towards zombies, undead witches and other foes, only to have them dispatched before I could get there. Spoilsport.

However, things levelled off when Darksburg kicked into gear and there was no shortage of nasties to kill. My MurderNun (™) couldn’t move for shamblers and if it wasn’t for the many abilities bestowed upon her, she’d have been meeting her god sooner than planned. Aside from playing as Sister Slaughter face of the Church of the Ventilated Spleen, Darksburg lets you play as a cook, a werewolf, a plague doctor and Squirrel Girl.

No, I’m not making this up. One of the characters is Marvel’s squirrel superhero in all but name, so naturally she was my next choice. Whichever character you choose, there’s plenty of fun to be had here. It’s essentially an overground Diablo, with the odd setpiece to keep you on your toes. 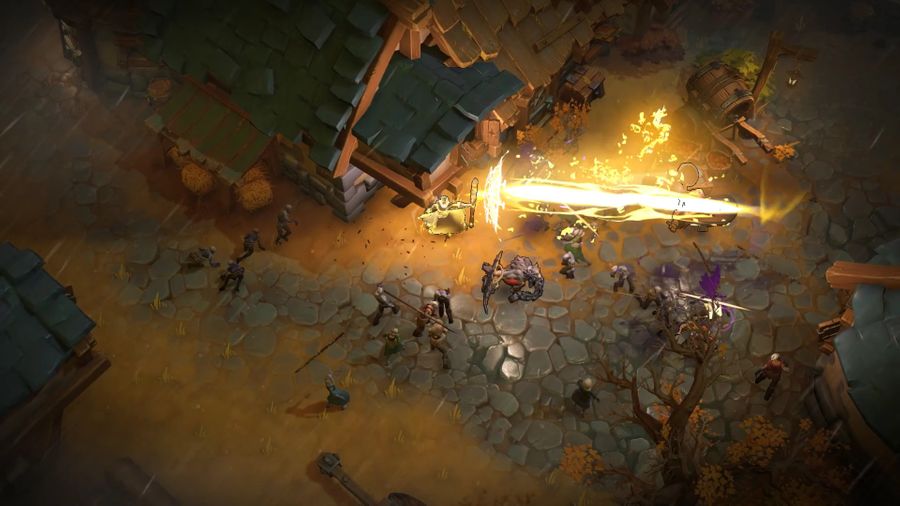 Procedural generation plays a part – though, from my experience, this seemed to govern monster placement rather than actual level layout. The horror of not knowing when a steroid-guzzling undead behemoth is going to turn up will be a familiar feeling to anyone who’s tackled Left 4 Dead, and it’s just as unsettling here.

But what really caught my interest is the sheer volume of enemies. Darksburg‘s gloomy medieval streets are unsettling even when nothing’s going on but fleeing vast hordes really dials up the fear factor. Even along with three AI controlled companions, we were swiftly outnumbered, forcing us to beat a hasty retreat.

As intimidating as some of those enemies are though, it’s the terror of facing a sea of zombies that really dials up the adrenaline – and Darksburg‘s hordes definitely deliver. Suddenly, you’re not laughing at how ridiculous your MurderNun looks unleashing her spinning special attack; you’re praying it clears a path through the undead, giving you just enough breathing room to avoid joining their ranks. Levelling up isn’t just for show – it’s essential if you want to stay alive. 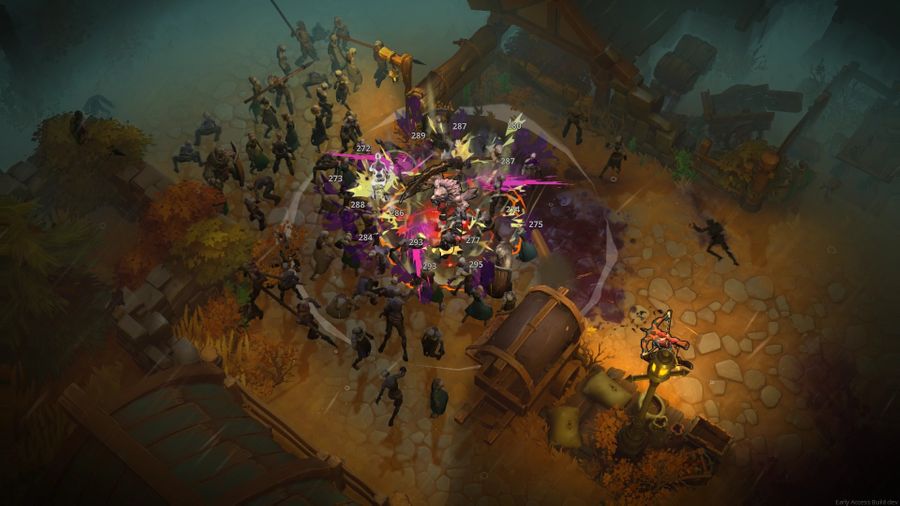 That said, there were a couple of things that marred my monster-bashing experience. Firstly, I had absolutely no joy finding players for an online co-op game; Darksburg cries out for a split-screen mode, so four (potentially inebriated) players can sit on the couch, screaming at the screen as the dead pour in. The voice acting isn’t great either – but given Darksburg is still in Early Access for now, there’s time to fix both of these flaws.

If you’re looking to take on the medieval dead, Darksburg is available on Steam in Early Access right now. It’s set to release in full on 23rd September.