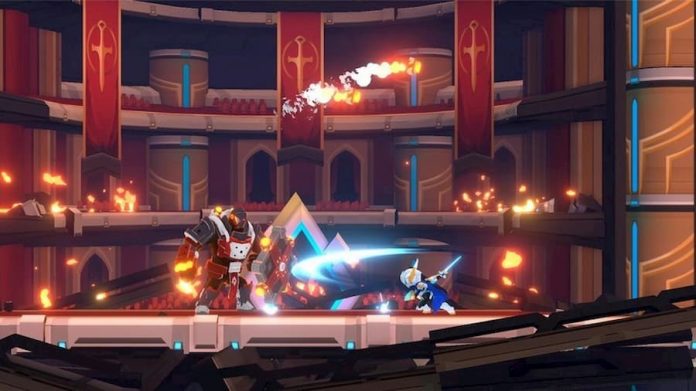 Enter the action-packed world of Fallen Knight next year.

Developer FairPlay Studios and PQube have announced a new title, Fallen Knight. A side-scrolling platformer, it’s heading to Switch, PS4, Xbox One and PC early next year. Ah, there’s nothing like a good action/platformer.

In the game you play as Lancelot the 49th, a descendant of the legendary Lancelot of the Knights of the Round Table. It’s a classic tale of good versus evil; Lancelot the 49th must face an evil organisation that threatens to destroy his home. He will have to do everything in his power to stop them.

In the trailer for the game, which you can watch below, you’ll get a first-hand look at how Fallen Knight plays. Like most side-scrolling action games, Lancelot moves through a 2D world filled with enemies out to destroy him. Players will have to master his sword skills and other abilities in order to combat the evil menace.

Look out for more news on Fallen Knight as it gets closer to release and you can wishlist the game on Steam right now.