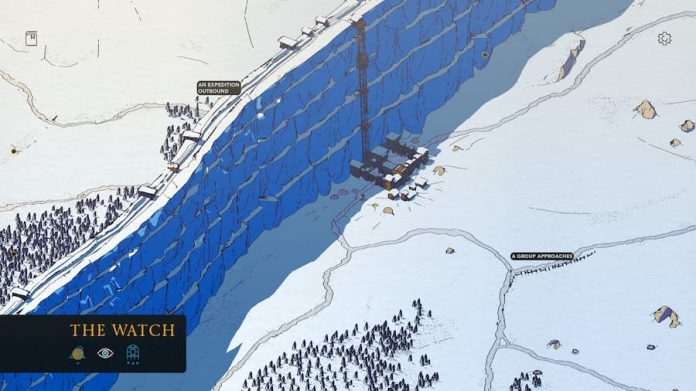 Aye, venture North lad, and send back by raven what you see.

No matter how sour the final episode of Game of Thrones left you, there’s no denying that it would be pretty cool to be a member of the Night’s Watch. Well, minus the whole dying-for-your-brothers and not getting laid thing. But the importance of protecting the entire kingdom? Super cool. Game of Thrones: Tale of Crows, available now on Apple Arcade, lets you do just that.

It’s a slow-paced game, mirroring the slow, cold days at Castle Black where not much happens. You’ll wait for ravens to deliver you messages and the men under your command to come at you with questions, with little to do in between. It’s designed to be a game you pop into for five minutes at a time between doing more important tasks, rather than the sort of thing you settle into for hours at a time.

Unlike the great wall of ice itself, Tale of Crows is minimalist but beautiful in its design. Hand-drawn artwork illustrates the screen, and beautiful melodies purr in the background. Unassuming text boxes and notifications occasionally appear on the screen, delivering you news from the Night’s Watch.

It plays out a little like an old-fashioned ‘choose your own adventure’ book; you’ll often have a choice to make on how you wish to respond to a situation. A stranger has appeared in the keep, for example. Do you want to address them personally, or send your men down to kill them? The decisions you make will shape the outcome of the story, and how ruthless a Commander you decide to be will very much decide the fate of the Night’s Watch. 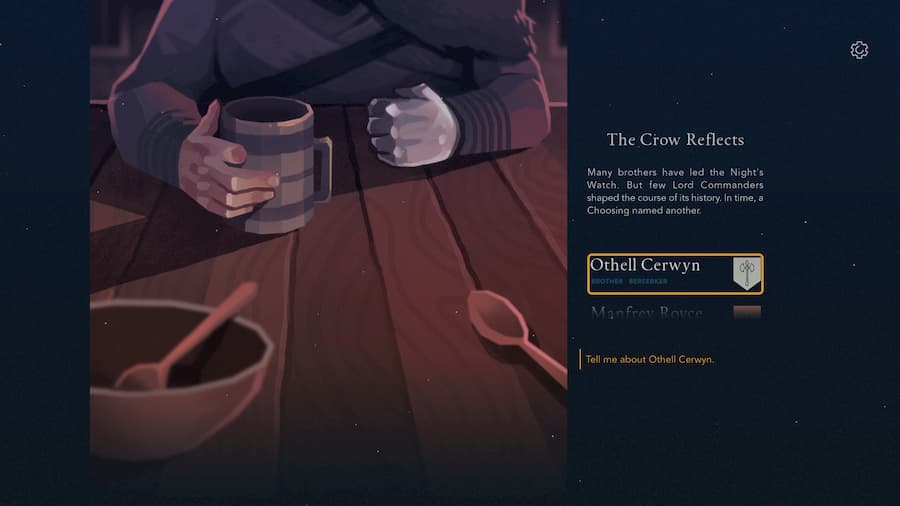 You’ll also have to send out troops into the wild, often venturing Beyond the Wall to see what threats lurk. It’s Game of Thrones, so death and violence goes without saying – but you won’t see or hear much of it. While you can glimpse at a map overview of the areas surrounding Castle Black, your only communication with outward crows is by raven. You’ll tell them to march onwards or return to the Wall, but you won’t get to experience their actions first-hand.

It’s a surprisingly quiet and reflective game, considering its subject matter. But if you’ve seen Game of Thrones – and the game assumes you will have – then your imagination can fill in the gaps that Tale of Crows leaves out. It’s a shame that you can’t let yourself get immersed for long periods of time – the audio and visuals are beautifully relaxing – but visiting Castle Black for a few minutes at a time to see what your command has been up to is pleasant while it lasts. 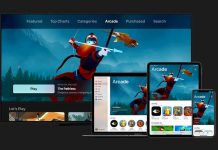