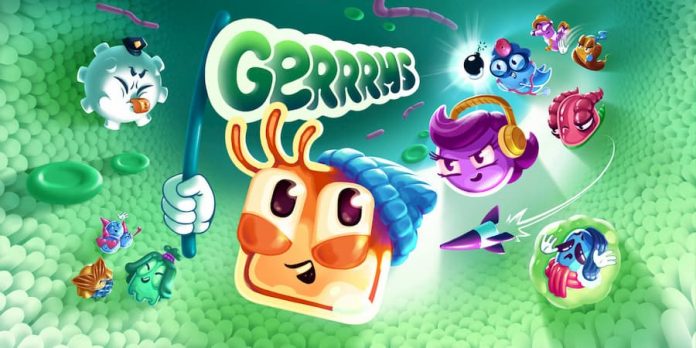 You probably don’t want to think about germs right now. We don’t blame you. But what about Gerrrms?

A budget-priced party game that’s now available on Switch, Gerrrms puts you in the role of, well, a germ. Up to four players can battle it out locally, or a single player can challenge the CPU. You’ll play through various modes in the quest for ultimate germy glory. It’s simple, but it’s great fun – especially when you’re playing against others.

Setting it apart from other multiplayer brawlers is how you move around the screen. Rather than being free to float or jump about wherever, in Gerrrms you must grab onto and swing from notches. It makes travelling less precise – but that adds to the chaotic nature of this multiplayer game.

There are seven modes to choose from, though these are randomly assigned when playing a standard game. Annoyingly, that means you can end up playing the same mode multiple times in a row. Some of these are the usual modes you’d expect to find in this sort of multiplayer game: there’s Grab the Flag, where whoever holds onto a flag for longest is crowned the winner; and Deathmatch, where you’ll be equipped with a rocket and tasked with taking out as many opponents as possible.

There are some fun twists with these, though, such as Bomb, where players need to avoid having the bomb in their hands when a timer reaches zero. There’s also Antibody, where you need to avoid a CPU’s attacks as long as possible, and Gobble, where you need to eat as much food as possible. Rounds are quick-paced, lasting only a few minutes at the most, meaning a full game will be over in 15 minutes or so. This isn’t the sort of thing you’re going to spend all evening with, but it is good for a quick burst of fun. 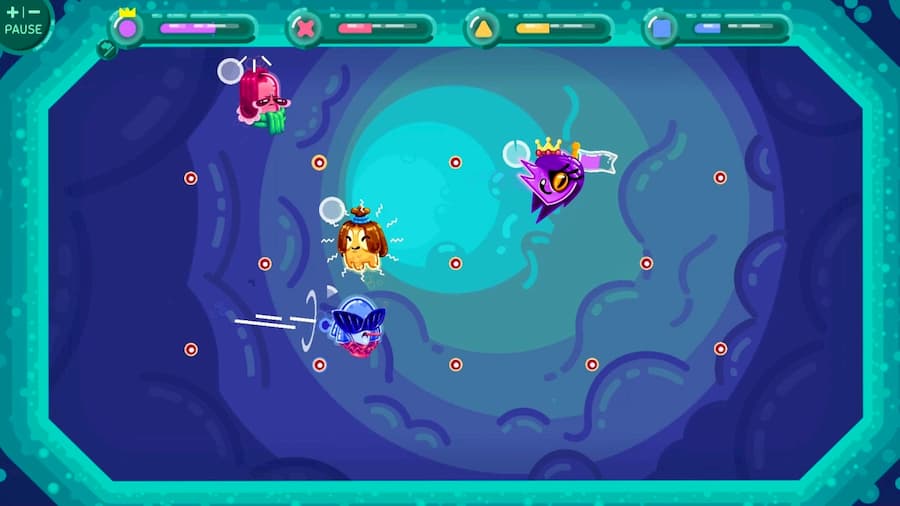 It helps that Gerrrms is also only £8.99 to purchase. If you have some friends over – or are heading to meet up with friends with your Switch in tow – it’s an excellent excuse to beat each other up. Digitally, of course. It’s a great-looking game too; although simple in its design, the character designs for the little germs are adorable. These are about the only types of germs we do want in our lives right now.