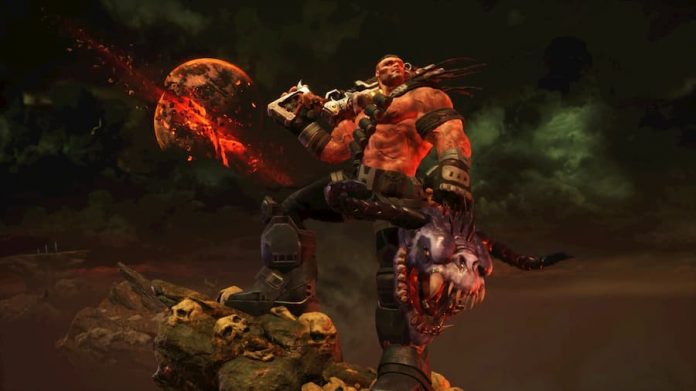 Billing itself as a 90s FPS 30 years later, Hellbound focuses on speed, gore and metal music.

What Hellbound doesn’t have is a deep story, upgrade systems, or any other modern-day trappings. You simply start the game as a bad-ass demon killer out for vengeance, and by the end of the game he’s got more weapons than at the start. They’ve all got secondary fire modes as well, but that’s about as complicated as it gets.

Not that that’s a bad thing, mind. There’s something enjoyable about Hellbound‘s simplicity. Hellgore, as your character is called, makes quips occasionally, usually involving an expletive or two and expressing how passionate he is about killing demons. It’s a little cringeworthy, but also humorous. And the action is truly balls-to-the-wall stuff from beginning to end, with you spurred on by a rocking metal soundtrack that threatens to become tiresome but never quite does.

“There’s something enjoyable about Hellbound‘s simplicity”

When in full flow, the action is compelling as well. Moving at a breakneck pace, you’ll effectively dance around arenas as the muscle-clad bringer of death, strafing and weaving in and out of enemies as you pummel them with melee weapons and obliterate their bodies with bullets. Play well and it’s cathartic, but Hellbound isn’t an easy game. On its lowest difficulty setting it’s simply challenging; you won’t have too much trouble making your way through its levels but you might die occasionally. On anything higher, you’ll need to keep your wits about you to survive.

Part of that is because there’s no quick save option, and checkpoints are few and far between. So, when you die, you generally have to retrace your steps a fair bit, killing the same enemies you’ve killed before and maybe even pressing the same switches. And you do a lot of that in Hellbound; pressing switches, that is. Sometimes you need to find keys, too. It really is old-fashioned in many ways. 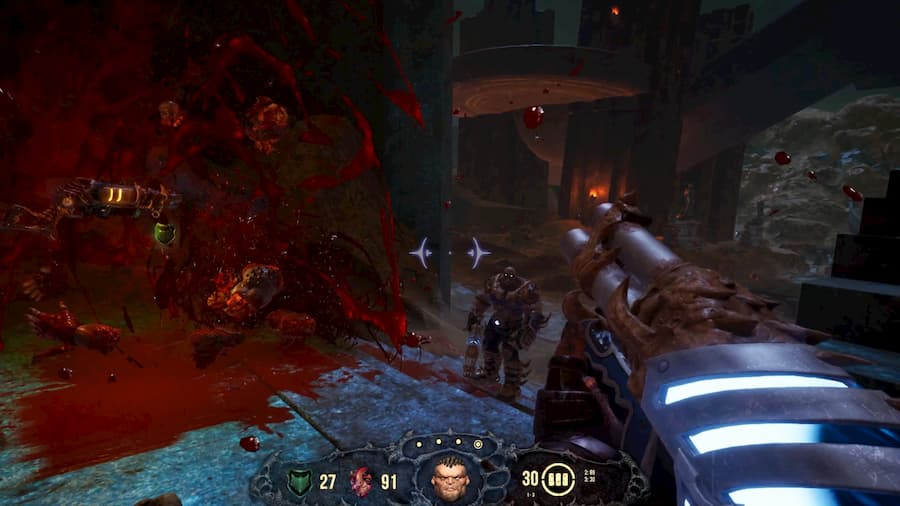 The visuals certainly aren’t from the 90s though. Environments are characters are impressively detailed. There’s a nice amount of verticality to the locations you explore, too; they’re not all just flat arenas. And the gore: it is wonderful. Shooting a demon at close range with a triple barrel shotgun and watching it explode into little chunks never gets old. The icing on the cake is that it’s also seemingly well-optimised.

And so, with all of this praise I’m pouring over Hellbound, you’re probably expecting there to be a caveat. And you’re right. There is a caveat, and it’s a pretty big one: there’s just not enough to it. Its campaign is comprised of just seven missions, and once you’ve mastered them, most can be completed in minutes. There are only four guns, too, and just a handful of enemy types. There’s just not enough to it at all.

I was hoping it would be fixed before the game’s launch, but there’s a rather serious bug that often prevents your guns from firing as well. You can be in the middle of a firefight and then, with no warning whatsoever, your guns just won’t fire, leaving you running around with your tail between your legs until they suddenly decide to start working again. It’s not ideal in a first-person shooter. 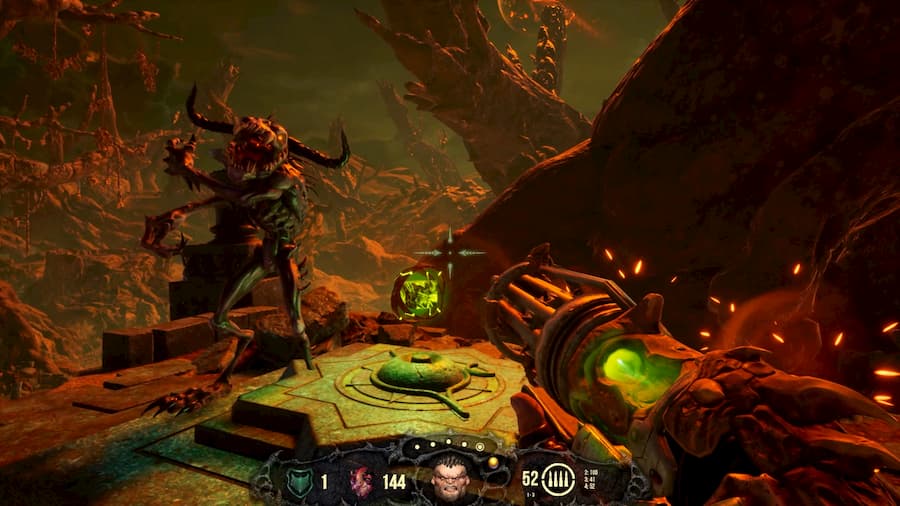 “It feels more like a starter than a main course”

Once this issue is fixed, Hellbound will actually be a good, albeit rather brief, first-person shooter. For those seeking out some old-school action, there’s absolutely nothing wrong with the gameplay; there’s just not a great deal of it. Though there are numerous secrets to find in each mission which may keep some players going back, and there are a number of survival arenas to unlock, too.

The saving grace is Hellbound‘s price. At just £11.39/$14.99, it’s not terrible value for money. But there are better old-school first-person shooters available for not much more. Still, there’s a good few hours of fun to get from Hellbound‘s campaign. Maybe even more if you’re the type that wants to discover every secret and beat every par time. And the game’s survival maps offer yet more hours of gameplay. It’s just a shame that it feels more like a starter than a main course.

Hellbound is available on PC. A code was provided by the game’s publisher to facilitate this review.