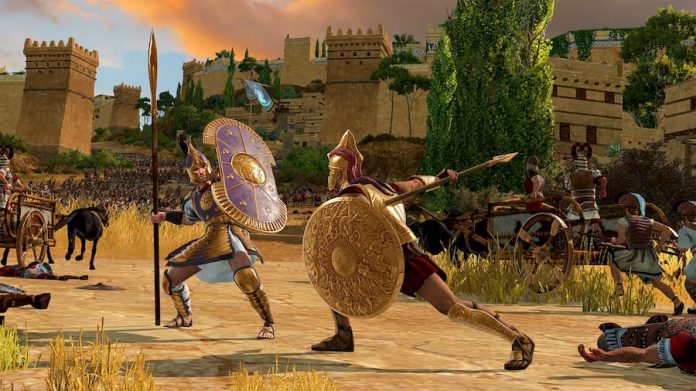 But unlike a normal launch, where players are expected to buy the new game, A Total War Saga: TROY was given away for free. For just 24 hours, the normally-£35 game was free for players to claim. And claim they did: in those 24 hours, 7.5 million people have added the game to their Epic Games Store library.

7.5 million! That’s a huge amount of players in just 24 hours. Goes to show how much we love a good freebie.

On its success, Rob Bartholomew, developer Creative Assembly’s Chief Product Officer, has said: “we were optimistic, but we couldn’t have predicted this level of excitement.” You should never underestimate people’s thirst for free stuff, Rob.

He went on to say: “Now we get to welcome so many strategy players – new and old – to experience this incredible Saga. We’re very happy.”

Indeed, bringing in new players can only be a good thing, even if Creative Assembly didn’t pocket any sales money from it. There’ll be more Total War Saga games to come in the future, and multiple Total War games already exist; now new people have been brought into the ecosystem, they’re likely to buy more should they enjoy what they play. And they’ll likely tell their friends about it, who’ll have no choice but to pay full price.