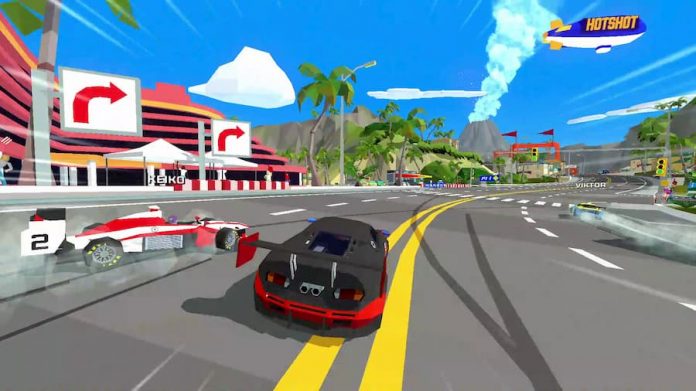 Put your pedal to the metal!

The team behind the game wanted a new driving experience that felt like classic racers from the past. The game has awesome retro visuals, but plays at a crisp 60 FPS. It features single player, four-player local split-screen and even 8-player online. There are multiple game modes, 16 racing circuits, eight playable drivers and more.

When can you get your hands on Hotshot Racing? The game is set to release on September 10th for PC, Nintendo Switch, Xbox One and PlayStation 4. But if you’re an Xbox Game Pass member, you’ll be able to play on launch day as part of your subscription.

You can tell from watching the new trailer that the game is going to be fast-paced, awesome fun. You’ll be drifting around tracks and burning rubber at the speed of light! If you can’t wait, pre-orders for the game are available right now on Steam and will hit other platforms closer to the game’s launch.

To get a quick look into what you can expect from the game, watch its new trailer below. And don’t forget to keep an eye out for the game when it releases on September 10th.

How to Perform a Boost Start in Hotshot Racing