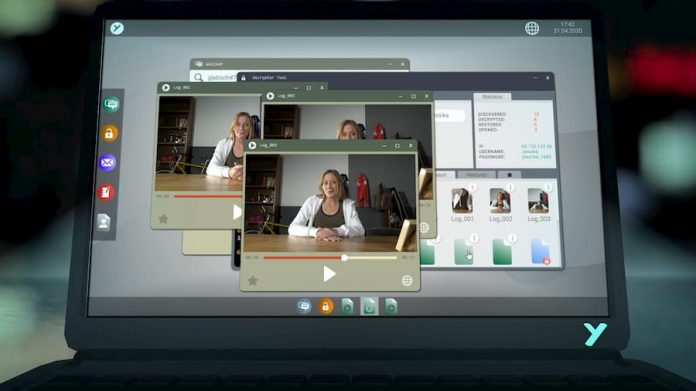 From German developer Tritrie Games, Jessika casts you as a digital detective, tasked with uncovering the digital footprint of the deceased. A new case has just come in for you: a grieving father has just lost his daughter to suicide. He wants you to find out why. And so, with the little information he’s able to give you, off you go to uncover Jessika’s story.

If you’ve played Sam Barlow’s Her Story, Jessika‘s presentation will be instantly familiar to you. I wouldn’t go as far as to say it rips off Her Story, but it’s certainly a heavy inspiration. The entire action of the game takes place on a computer screen, and the majority of your time will be spent in a ‘decryption’ app. Just like Her Story, you’ll input keywords, which will generate a number of video clips. Keep inputting relevant keywords, and you’ll find more videos, and the odd scanned document, image or photograph.

“If you’ve played Sam Barlow’s Her Story, Jessika‘s presentation will be instantly familiar to you”

There’s an encryption system in place on some of the videos: you may type in the correct keyword to bring it up, but you can’t watch it right away. Some videos require you to input multiple keywords in order to unlock them. It’s an automatic process; as you type in more keywords into the app, more videos will unlock in the background. It can be tricky to keep track of what you may have unlocked without realising, so I made a point of adding encrypted clips to my ‘starred’ collection. That way I could regularly check if any had recently unlocked. It worked pretty well.

Along with the decryption software, your laptop also has an email client and an instant messaging app installed. You’ll regularly get emails – mostly nonsense – and messages from your colleagues and the client. There’s a nice mix of content relating to your case as well as some unrelated chit-chat, which gives a bit of flavour to your otherwise faceless character. 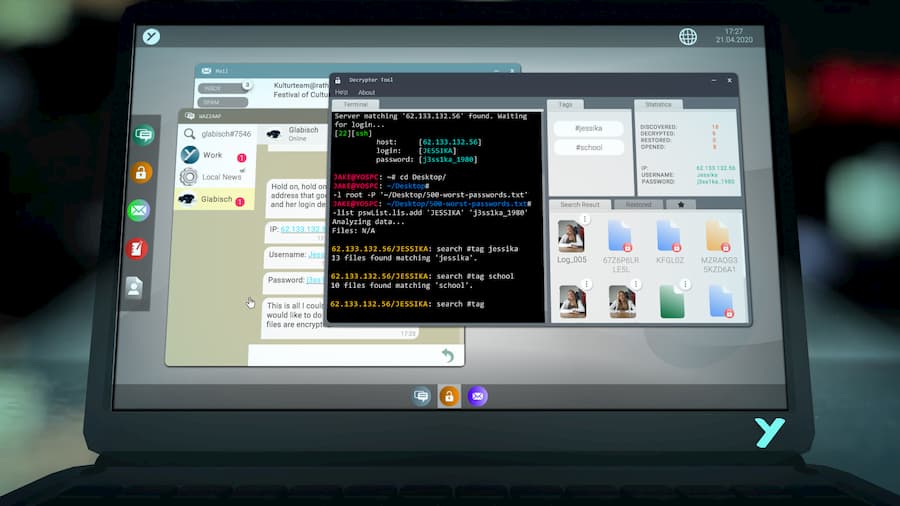 But Jessika’s story is where the majority of your attention will go in Jessika. Going in, all you know is that she’s killed herself. Why, or how, is what you set out to find out; but you may end up discovering more about her than you bargained for.

“Your journey descends down a dark rabbit hole, taking you to places that you’d really rather not go”

Jessika’s video clips start out innocently enough. She talks about her childhood, her parents, how much she enjoyed school as a child. It plays out like a typical video blog; a woman sharing her thoughts and feelings. It quickly shifts, though, as you unlock your first encrypted video, and you’re presented with a clip of Jessika screaming obscenities into the camera.

From there, your journey descends down a dark rabbit hole, taking you to places that you’d really rather not go. I don’t want to give away the game’s plot – if you can call it that – but it feels necessary to mention the subject matter that Jessika deals with. There’s a lot of hate speech and racist slurs in here. It’s very uncomfortable to watch, and it’s hard to know what to take away from it. Especially since the game’s marketing or Steam page gives absolutely zero indication of its ultimate direction. 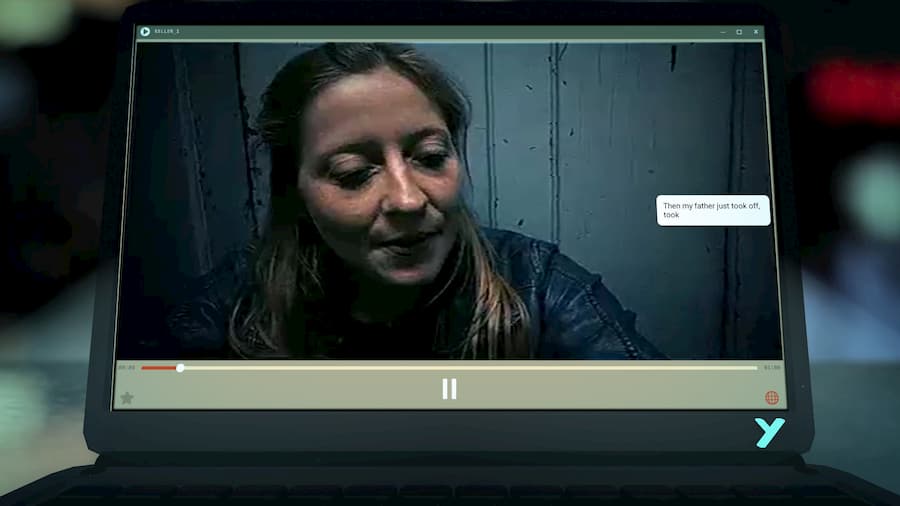 Your character in the game – who you name, so you can assume is simply you – is removed from the situation, simply observing the clips they’re uncovering. But with only one face on your screen, only one character delivering the message, there’s little to no pushback against her beliefs. Over IM, your character and their colleagues make some comments on the contents of the clips you’ve uncovered, but they’re brief and under-developed. In the end, you’re on your own, left to deal with the clips you’ve seen by yourself. As Jessika goes on, the videos get more and more repulsive, spewing hatred and occasionally describing violent acts in detail. It’s a lot to take in, and it doesn’t make for a pleasant experience.

This is obviously the point of the game; that Jessika is not a good person. But with little exploration of the consequences of her beliefs, or any real opposing viewpoint, it’s hard to stomach. The game’s ending doesn’t help matters either; it’s a rather disappointing conclusion that leaves you with perhaps even more questions than you started with. 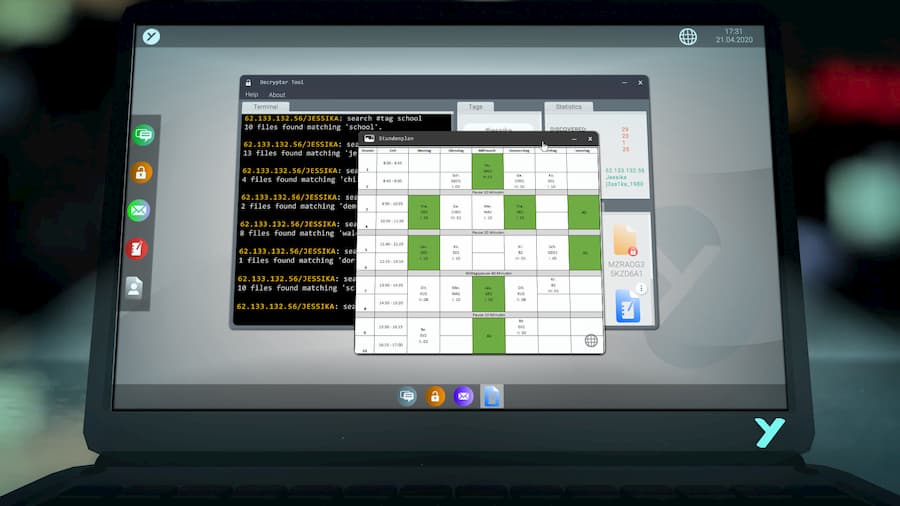 The game itself is nicely put together; Jessika’s actor does a good job – she’s perhaps too believable at times, and maybe part of the game’s uncomfortableness is down to her acting. It’s delivered primarily in German, though there are of course English subtitles. A dubbed version is available too, but it’s somewhat jarring to watch and listen to.

Can I recommend Jessika, then? Well, no, probably not. It’s a tough game to sit through – and not just in a “it deals with challenging subject matter” sort of way. It’s hard to shake the feeling that you’re having someone’s gross beliefs about their twisted ideology shoved down your throat. Its initial premise had me hooked at first, but the bait-and-switch of subject matter does not make for a pleasant experience.

Jessika is available on PC.