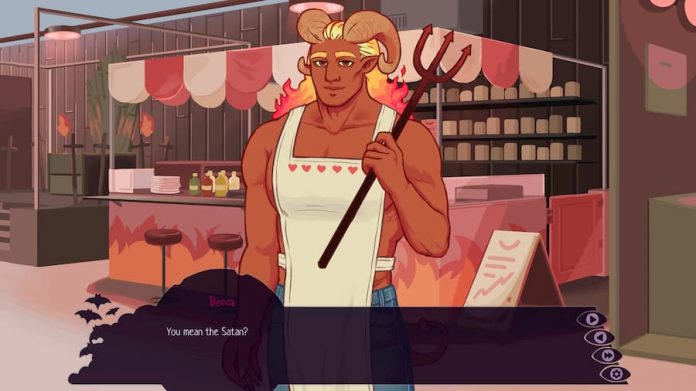 It feels good to be bad.

You’ve got to admit, it’s fun to be a little bad sometimes. In fact, in a lot of media we end up rooting for the bad guy for whatever reason. Maybe he’s hunky like young Magneto or so painfully adorable like Loki. Who cares? No one gets to tell you that you can’t like – or even love – the bad guy, and that’s what dating simulator Lovingly Evil is all about. Everyone craves love in some form; even the devil himself.

Lovingly Evil is a quirky visual novel dating sim from developer Lizard Hazard Games. You take on the role of an evil villain who has just shown up at the one-and-only Villain Conference. You know, the event where all evil-doers like yourself go to take a few classes, mingle with like-minded folks and just have a good time. But it seems like everyone is out to get some booty, if you catch my drift, so you’ll have to dust off your flirting skills for this one.

“The game’s customisation options for your character are phenomenal”

The game’s customisation options for your character are phenomenal. It may seem like a small detail, but Lovingly Evil ensures you can make your character just the way you want. You can have three eyes and snakes for hair, sharp teeth or wicked scars; it’s totally up to you. And, of course, bonus points for including they/them as a choice for your character’s pronouns. It’s a simple detail, but one that makes this visual novel a story where everyone can feel represented.

Much of Lovingly Evil plays out like your average visual novel. You’ll meet up and talk with a variety of interesting characters; from a 2,000 year old vampire who’s still pining over his ex, to Satan himself who simply wants to be able to take time to relax and serve customers at his grill. The characters are very well written, brought to life with complex personalities and unique backstories that you’ll uncover as you play. They’re not just “bad to the bone” as you might expect; that’s what makes finding out who they really are so much fun. 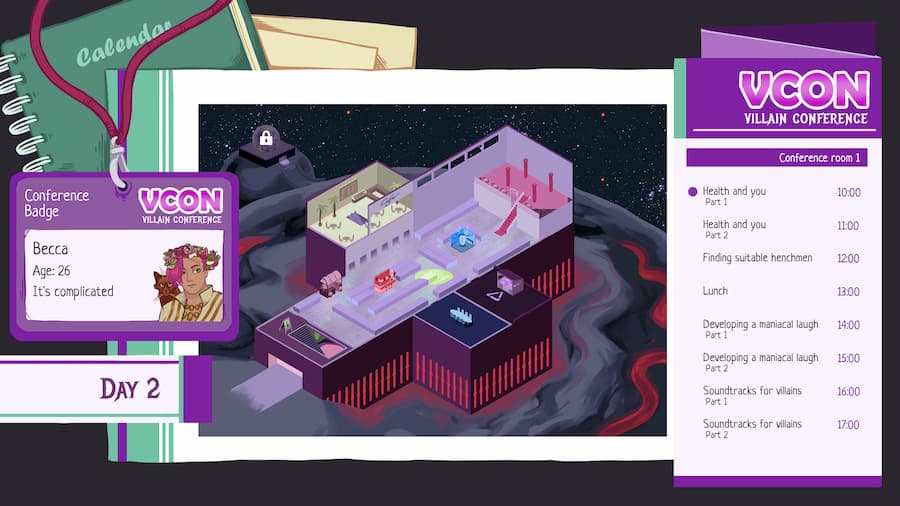 But unlike your normal visual novel, Lovingly Evil also includes minigames, related to each romanceable character. As mentioned above, Satan owns a grill. But he’s a busy guy so you’ll be asked to take over the grill a few times during the game. Cue a foodrush minigame where you have to serve up customers’ orders in a set amount of time. You’ll be serving Satan’s imps, but they’ll only tell you their order once so you’ll have to remember it – which I happen to be terrible at. At the same time, more imps will come to you with questions or problems that you’ll have to answer and solve all while trying to serve food to the others. It’s hectic and hilarious, and I went back many times to serve those little imps.

That, and another minigame that had me arranging flowers, were good fun – but many of the minigames are underwhelming. There’s a luck-based card game, which you’ll have to play if you wish to get into the VIP area of the conference, and I found the rules to be super confusing. Even after trying three times I still had my ass handed to me by the bull at the door, refusing to let me in. Who does he think he is? Other games involve more luck and, while they weren’t quite as annoying as the card game, are pretty forgettable. I tried to avoid them if I could. Sadly, if you don’t play the minigames, you’ll miss out on earning bonus points, which you’ll need if you want to romance the character related to that particular game. 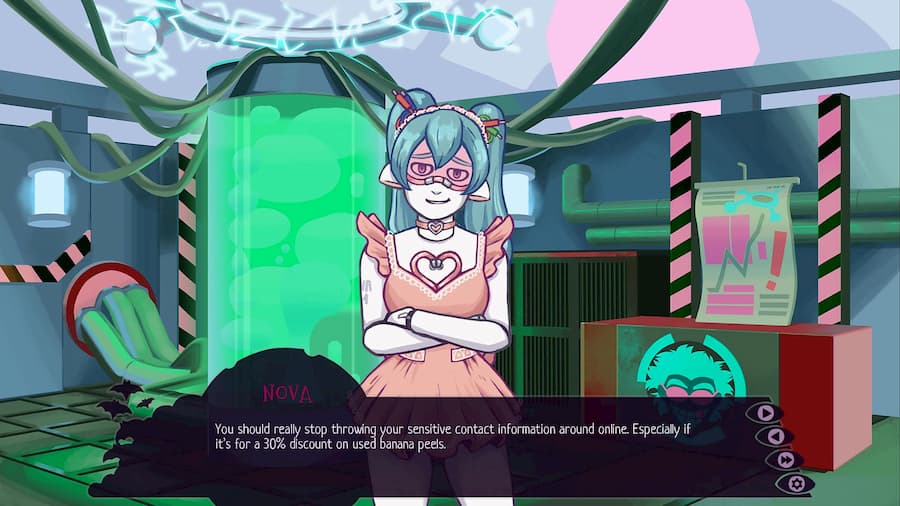 Other than the minigames, how you spend a day in Lovingly Evil is up to you. You’ll see an overview of the conference brochure telling you what’s going on that day, and you can pick which area to travel to. Time will pass, and then you’re able to move on to the next activity. There are a number of classes you can attend, like ‘Mastering the Maniacal Laugh’, or ‘How to Avoid Monologuing’. They’re funny and, uh, educational – but they don’t allow for any romancing (unless you get the opportunity to invite someone to go with you). I generally ended up skipping them to go see my beaus; it is a dating sim, after all. Mastering my maniacal laugh will have to wait.

“It’s wacky, charming, silly and a great deal of fun”

Lizard Hazard Games has done a fantastic job with Lovingly Evil‘s writing and dialogue. It’s not quite as aggressively witty as something like Monster Prom, but if you get a kick out of Arcade Spirits or Dream Daddy, you’ll find a similar style of writing here. And what’s really fun is that your character isn’t shy about flirting so you won’t have to deal with all of the sexual tension leading up to the big moment where you become a “thing”. From the very first conversation, you’ll be able to tell Satan that you’d let him fry up your buns. Wink, wink.

Lovingly Evil is a great dating sim. It’s wacky, charming, silly and a great deal of fun. The characters you meet along the way are dastardly and evil, but they all have a soft side that’s delightful to uncover. Choosing who to romance will be hard as they’re all yummy, but don’t worry; you can just load up the game again and romance someone different the second time around. With excellent writing, fun character designs and a whole lot of flirting, Lovingly Evil is an excellent addition to any dating sim fan’s library.

Lovingly Evil is available on PC. We reviewed the game with a code provided by the publisher.