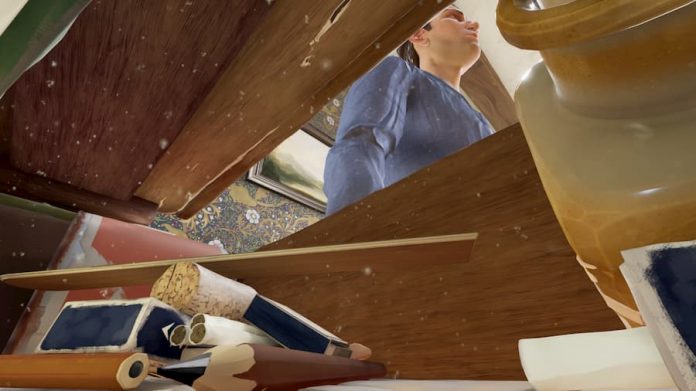 Have you ever wondered what it would be like to be a bug?

Metamorphosis, a new 3D adventure game by Ovid Works gives you an idea, though one that’s tinged with an air of fantasy.

Inspired by Franz Kafka’s novella The Metamorphosis, Metamorphosis has you stepping into the shoes of gentleman called Gregor Samsa. After a boozy night out, he initially believes the strangeness of his surroundings are due to him still feeling tipsy. But unlike in Kafka’s novella, he’s not a grotesque, human-sized bug; he’s actually a small tiny bug with an entirely different perspective on the world. So what the hell is going on?

“Metamorphosis is quite a simple game, really”

To make matters worse, it appears that Gregor’s friend, Josef, has found himself in some trouble. And so the urgency of the situation is two-fold: you need to become human again, and you also need to help Josef, if you can. It appears that making your way to a mysterious tower will solve at least one of your your problems. But of course, getting there isn’t going to be an easy task, especially not as a bug. And so begins a surreal adventure, which will leave you wondering what’s real.

As a bug, you’re obviously only a fraction of your original size. Everything that was normal to you before now seems menacingly gargantuan. Your new form also presents a problem when trying to attract the attention of Josef; he can’t hear your tiny insect voice, after all, and you’re so small that’s it’s hard to get his attention when there are pressing matters at hand. Though you will try. 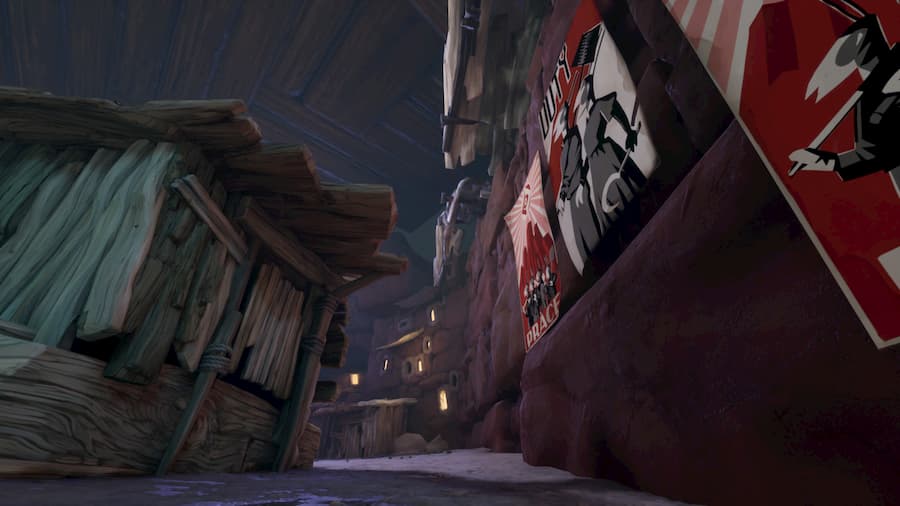 “Its platforming is simple, and its puzzles are few and far between”

Being a bug, you can jump fairly well, especially when combined with a run-up. By walking into sticky substances, you can prime your legs for defying the laws of gravity and walk up certain objects as well. You can’t ever manoeuvre yourself upside down though; your legs are never sticky enough for that. And so you use your unique traversal abilities to make your way through a myriad of mundane environments, made ever more exciting thanks to your shrunken size.

Metamorphosis is quite a simple game really. It’s largely narrative-driven, with you generally tasked with simply getting from point a A to point B. But as an insect that’s not always easy, and other obstacles are occasionally thrown in your path. You might need to access an area through a fan, for example, and so you’ll need to find the switch to turn it off first. And many a time you’ll need to position yourself atop some kind of cylindrical device and rotate it with your legs to instigate some kind of mechanism. It finds ways to make you use your skills in ingenious ways.

You’ll encounter lots of other bugs on your adventure, too. Some will offer help, while others may request assistance from you. A certain section later in the game finds you exploring a bug settlement of sorts, though unfortunately it’s the game’s low point, with a quest that involves nothing more than busywork. You’ll scurry back and forth talking to one prominent bug after another, before thankfully moving back on to what Metamorphosis does best: platforming and puzzles. 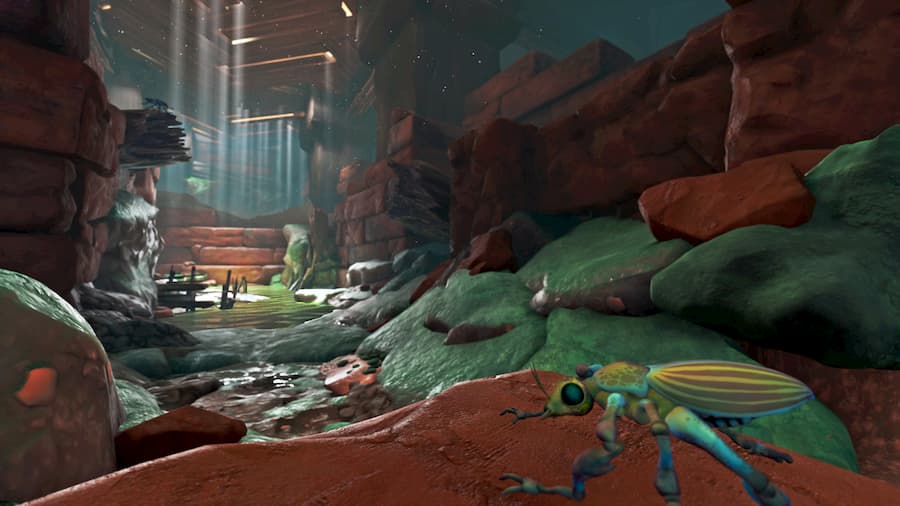 “It will perplex you with its surrealness, but that surrealness will also draw you in”

With that being said, though, Metamorphosis doesn’t really overly impress in any area. Its platforming is simple, and its puzzles are few and far between. It’s also one of those games that manages to feel too drawn-out at times – but then just suddenly ends after around three hours leaving you wanting a little bit more. It will perplex you with its surrealness, but that surrealness will also draw you in. And chances are, you just won’t be satisfied with how it ends.

If you’re after a short platforming adventure with a story that will make you think just as much as the odd puzzle, you’d be wise to give Metamorphosis a try. It won’t wow you or set your world on fire, but it is interesting and inventive. It’s quite a laid-back experience too as there’s no combat. Just be prepared for it to somehow feel like it outstays its welcome at times, before hurtling to a conclusion at great speed.

Metamorphosis is available on PS4, Xbox One, Switch and PC. We reviewed the PC version with a code provided by the game’s publisher.