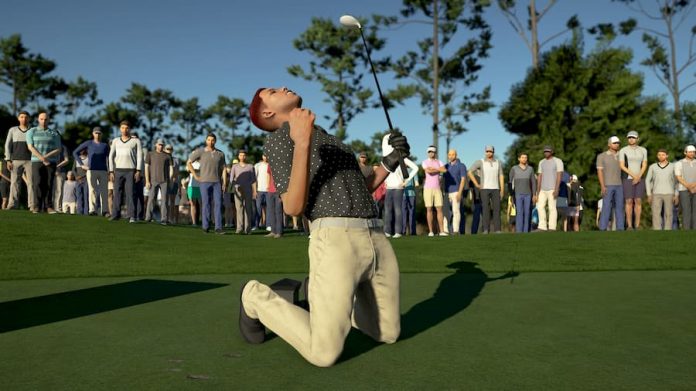 I’ve never actually played a real round of golf. But I do love myself a good golf game.

First I found myself invested in the PGA Tour games on the SEGA Mega Drive. Then I upgraded to the original PlayStation and carried on playing them on that, as well as Actua Golf. As of late, however, EA has neglected its much-loved series. In fact, the last golf game it released was way back in 2015. Thankfully, HB Studios and 2K are here to put golf at the forefront of sports games once again with PGA Tour 2K21.

With 2K recently acquiring the PGA Tour licence, PGA Tour 2K21 is undoubtedly the first entry in an ongoing series. This isn’t HB Studios’ first rodeo, however; aside from working with EA in the past on various sports games, it’s also been catering to golf fans with its own The Golf Club series, and they’ve actually been pretty good. PGA Tour 2K21 is undoubtedly its best swing at the sport yet though.

After launching PGA Tour 2K21 and creating your very own player, you’re brought up to speed via a very helpful tutorial. The game’s swing system takes some getting used to though, so chances are you’ll still find yourself learning as you dive into the game proper. Still, on the whole, PGA Tour 2K21 makes playing golf as easy as can be. Your right stick swings, the d-pad can be used to switch between your available clubs and the shot types they’re capable of, and the left shoulder button can be held to apply draw, fade and spin in conjunction with the right stick.

Playing golf isn’t easy, however. Get the timing of your swing wrong and your ball might not go where you want it to. The same goes if you hit your ball with too much power. Then there’s the wind to take into consideration, and elevation, and the lay of the land where your ball is going to end up. Golf is one of those sports that’s easy to pick up – pretty much anyone can swing a club, right? – but so, so hard to master. PGA Tour 2K21 depicts that perfectly. 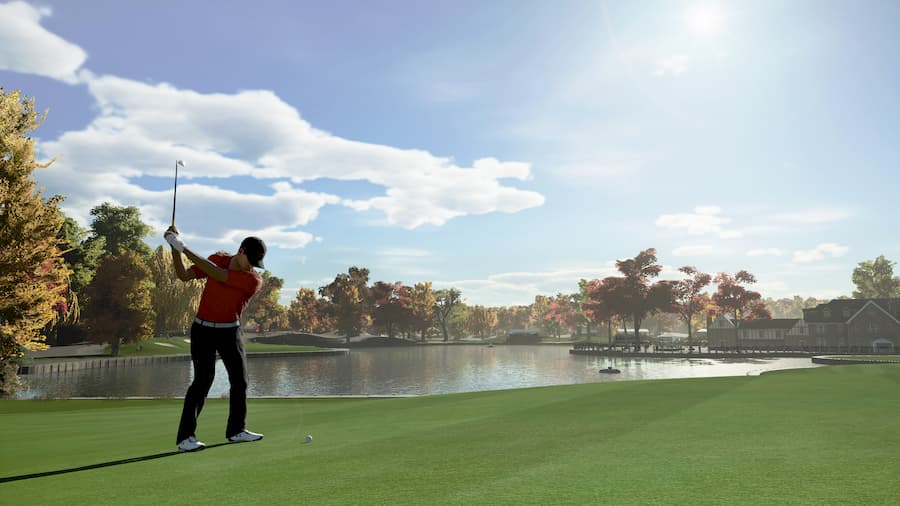 On its hardest settings, you’ll need almost superhuman precision with the right stick to hit the ball exactly where you want it time and time again, along with plenty of experience of how the wind direction and speed will carry the ball as it flies through the air. Thankfully you can make the swing system much more lenient if you want to; you can even go so far as to disable the timing aspect of it. And if that’s still not enough and you want to further simplify the experience, you can tone down the wind for an even easier game.

For those after some single-player fun, PGA Tour 2K21‘s career mode will be the main draw. It allows you to either start at the bottom, progressing through the Korn Ferry Tour and Championship before finally reaching the PGA Tour, or jump right into the main event. You’ll earn money, experience and a whole load of achievements/trophies as you go, but you might be disappointed by the fact that there’s no player development. The only way to differentiate your player from another in terms of ability is to put together your own bag of clubs. 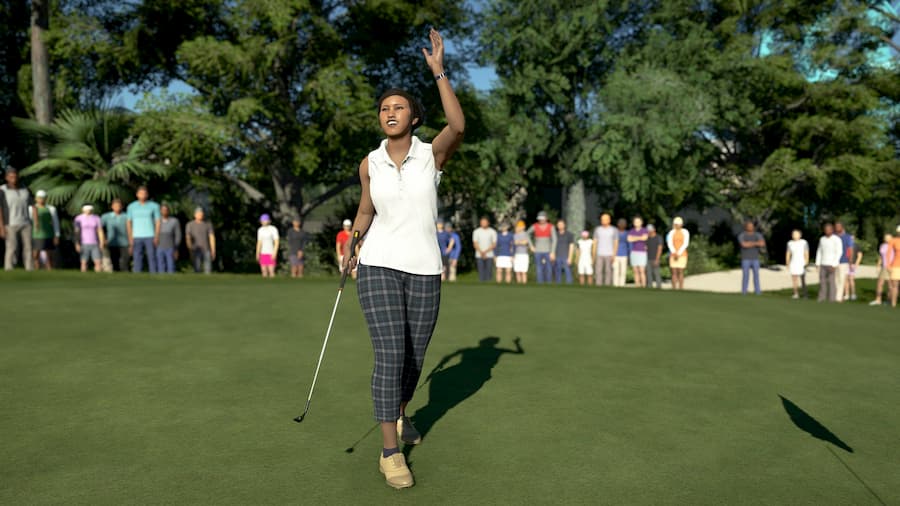 Outside of career mode, local matches can be easily set up, allowing you to compete against friends or computer-controlled ghosts in one-off events. Matchmaking is also available if you want to take the action online, and a private room can be created if you want to limit who you play against. Multiple game types are available as well, including skins, four ball, stableford, and match play. You don’t have to just play a standard game of golf.

For those seeking longer-term online fun with PGA Tour 2K21, Societies is where it’s at. Many societies are available to join, and they can run tournaments and even full seasons. If none suit your needs, you can create your own, too, defining the entry rules, event settings and more. It’s essentially like running your very own clubhouse. 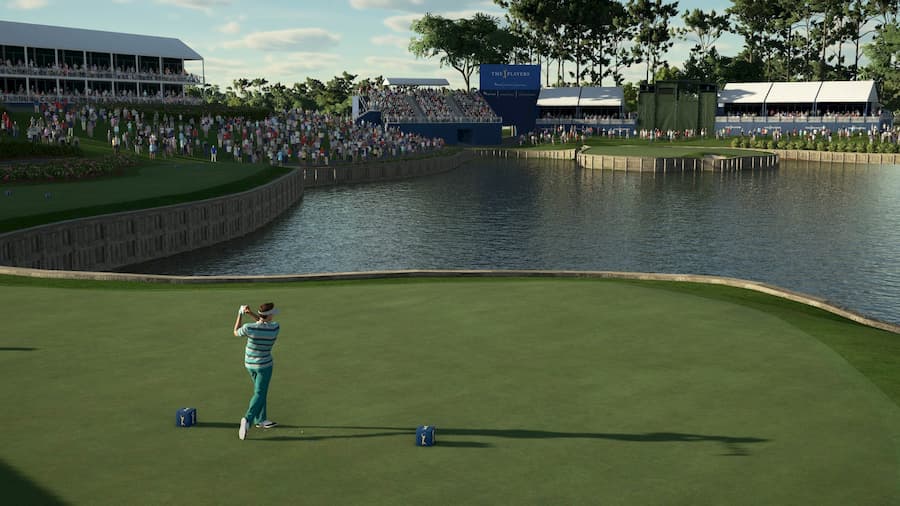 Throw in a decent course creator to complement the game’s 30 plus official courses and you have a very fine package indeed. But there’s one thing that detracts from it: you can’t take control of any pro players. You can play against some of them as you make your way through the PGA Tour, but if you were hoping to step into the shoes of Tiger Woods or even the game’s cover star, Justin Thomas, you’re out of luck. PGA Tour 2K21 is your journey, and so your custom created character is all you’ll be swinging as.

It’s hard to be too mad about it though, given that PGA Tour 2K21 is the best golf game in years. In fact, it’s the best golf game of this generation. It looks absolutely gorgeous, caters for all skill levels, and is simply a joy to play. There are areas which could be improved, and I’m sure they will be in subsequent releases, but for now, let’s just relish the fact that the PGA Tour licence has been put to good use. A deeper career and the ability to play as pros can be delivered at a later date.

PGA Tour 2K21 is available on PS4, Xbox One, Switch and PC. We reviewed the game on Xbox One X with a code provided by the game’s publisher.