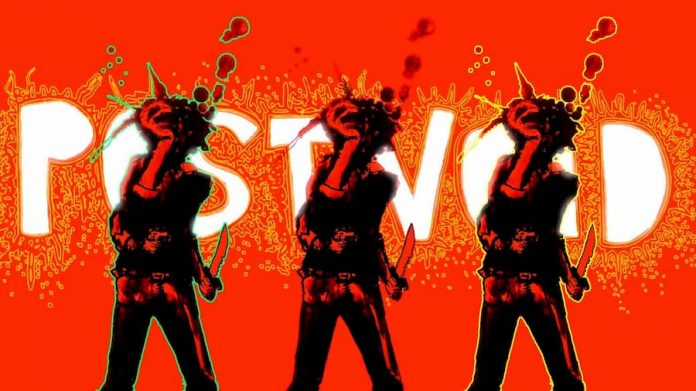 YCJY Games, the team behind The Aquatic Adventure of The Last Human and Sea Salt, just launched its latest title, the first-person Rogue-like shooter Post Void. It’s available on Steam for £2.33/$2.99 – but this week it’s discounted to just £1.54/$1.99.

In Post Void, you have to be fast, first and foremost. You constantly take damage which is only replenished by taking out enemies with your weapons that conveniently contain infinite ammo. It’s designed to be tough-as-nails, but the more you practice the better you’ll be. First time players aren’t likely to last more than a few minutes in the beginning.

While it’s easy to pick up and learn, with a control scheme that consists entirely of shooting, sliding and jumping, there’s still plenty of variety. There’s a choice of power-ups, you can change your weapons, increase your HP or upgrade your bullets. The upgrades you’ll get will be random to each playthrough, and you’ll undoubtedly have your favourites.

Move as fast as you can and compete with your friends to ascend the leaderboards!

You can grab Post Void right now on Steam, and check out its trailer below. The discounted price is available until 13th August, so don’t miss out.