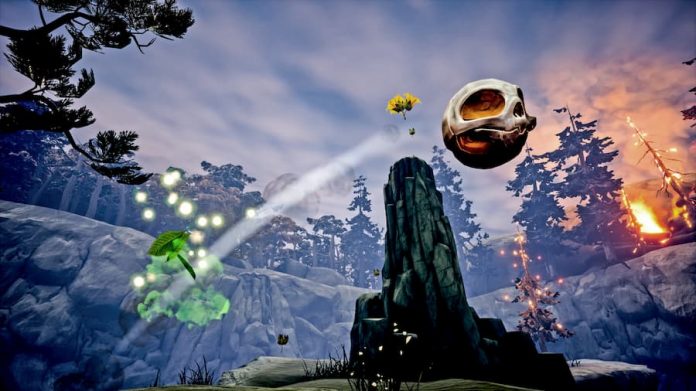 Fancy being a skull? Just a skull that can roll around and stuff. If that sounds weirdly appealing to you, you might want to give Skully a go.

The titular hero of this 3D platforming adventure has been brought to life (is ‘life’ the right term to use? Let’s go with animated) by a deity called Terry, who wields the power of earth. He’s trying to stop an argument between his siblings, who wield the power of water, fire and wind. But are his actions for the greater good, or are you being used?

As Skully, you’ll roll through various environments in order to reach the chamber of each sibling. And as a defenceless skull, who can do naught but jump and roll, hazards are plentiful. Water’s the first one you’ll come across, as it will wash away the clay that gives Skully his abilities. Lava’s another, which of course burns, and falling into an abyss is beneficial to nobody. There are other hazards too, like tentacles that forcefully swipe you off-course, and strange blob-like creatures that have the power of either fire or water.

“In order to effectively progress through Skully, you’ll need to make use of all available forms”

While Skully can do nothing but avoid these dangers, he has the power to transform into various new clay forms. You’ll gain the first form early on into the game; a hulking golem, who can break down walls with a smash and take out enemies with a powerful ground pound. Over time, you’ll also gain the ability to transform into a smaller golem that can run at an alarming pace and move certain platforms with the power of telekinesis. A further form – one that resembles a turnip with antlers – will allow you to double jump and suspend platforms in the air. Each form will gather a new ability or two as you make your way through Skully‘s 18 levels, too.

In order to effectively progress through Skully, you’ll need to make use of all the forms available to you. Figuring out which one is most suited to the task ahead adds a puzzle element to the game. Often, the skills of multiple golems will need to be combined in order to proceed. Skully can transform into a golem by visiting a clay pool, which are generously dotted around levels, and he can eject himself from a golem at will. Up to three can exist at any one time; you might have to summon two turnip-like golems to suspend a couple of platforms in the air, for example, then adopt a giant golem’s form to use those platforms to access a breakable wall and knock it down. 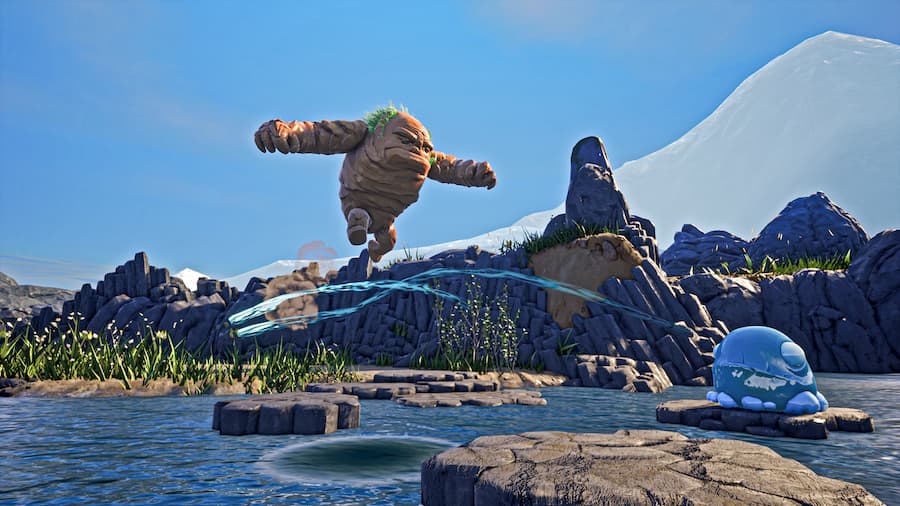 While you’ll spend quite a lot of the game jumping between these various clay forms, you’ll also spend plenty of time as Skully. In this small, round form, the game is all about ball control. He can pick up a good pace if you push in one direction for any amount of time, and of course the laws of physics apply. Much of your time spent with Skully, then, requires careful and considered movements. Going too fast is a surefire way to end up rolling off a ledge, or into a pool of water, resulting in you respawning at the last checkpoint. You need to measure your jumps and control your speed in order to be successful.

Those clay wells needed to create golems also double up as checkpoints, and they’re usually located close to puzzles. If you see one, it’s usually a good indicator that you’ll need to change forms at some point. For the most part, they’re generously distributed so you’ll never lose more than a few minutes of progress, but there are one or two instances where they’re a little too far away for comfort. Also, while you can activate the same checkpoint more than once, it’s finnicky as to what exactly it does record. If solving a puzzle requires activating multiple golems, moving platforms around and smashing walls, get ready to do it all again if you happen to bungle a jump and end up falling into water. 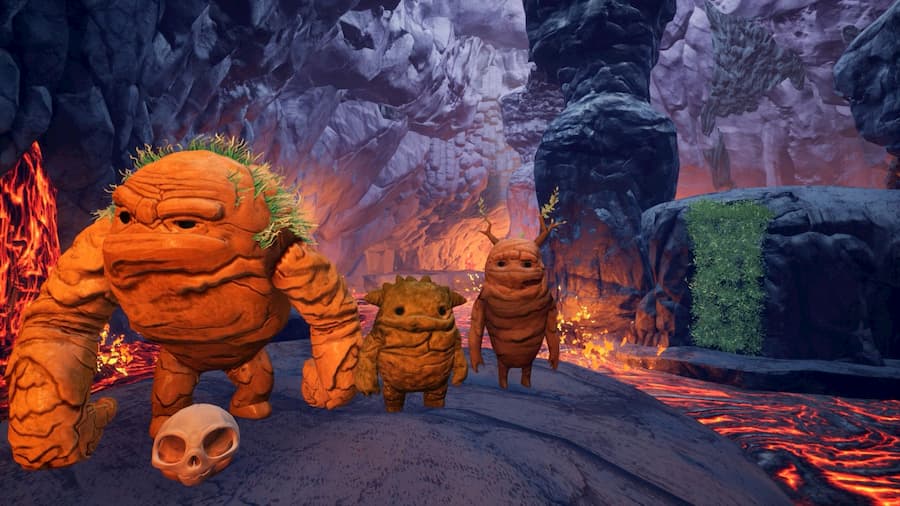 “For the most part, Skully is a delight to play”

It’s also irritating that you can’t dismiss just one golem at a time. When you already have three bodies in a level, the next clay well will prompt you to dismiss them all. If you’re in a situation where you have a golem holding up a platform, but then need a different golem to solve another part of the puzzle, get ready to do it all over again.

But these irks are generally few and far between. For the most part, Skully is a delight to play. As we said in our preview earlier last month, it looks nicer than a game about rolling a skull around has any right to be. Each environment is simply beautiful, at times looking photorealistic. It generally performs pretty well too, although on Xbox One X we did encounter some framerate hiccups that proved to be a nuisance. The game’s cutscenes could be a little more interesting, though. As it is, the story is delivered through stop-motion effect scenes that are devoid of much personality. Thankfully, excellent voice acting redeems them somewhat. 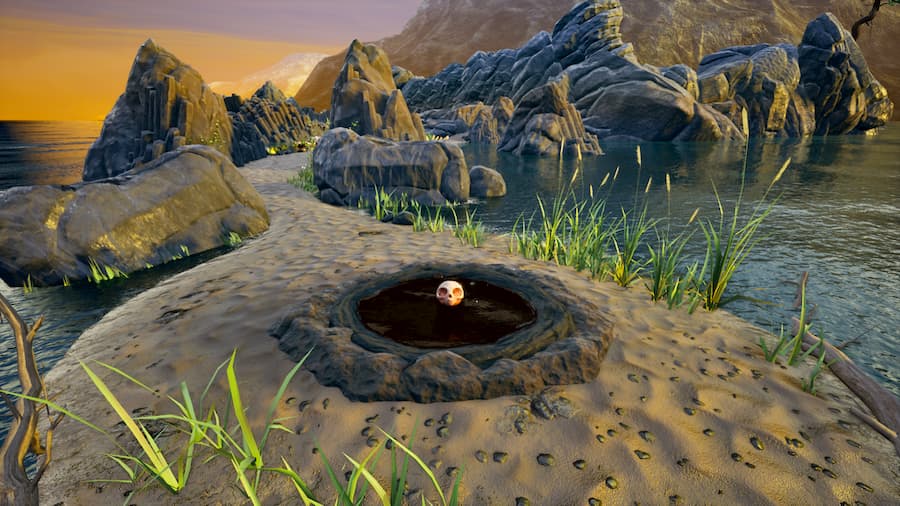 A platforming game at its heart, Skully is brought to life with beautiful visuals and a unique character system. Its puzzles will, at times, have you scratching your head, and some platforming sections will really test your mettle. In fact, it perhaps verges on being overly frustrating on occasion, but overcoming an obstacle and making it to the next checkpoint is genuinely rewarding. Ultimately, there’s little else like Skully out there, so if you’re a fan of 3D platforming with a smattering of puzzle solving, it likely won’t disappoint.

Skully is available on PC, PS4, Xbox One and Switch. We reviewed the game on Xbox One X with a code provided by the publisher.